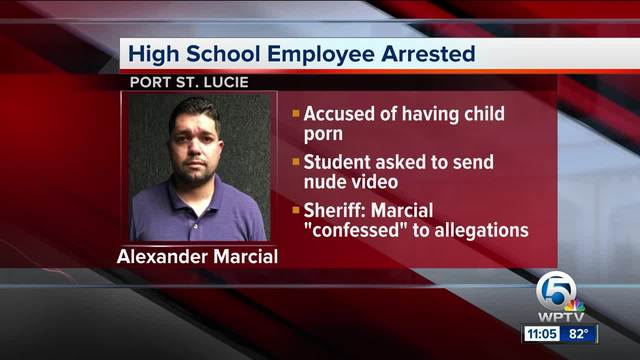 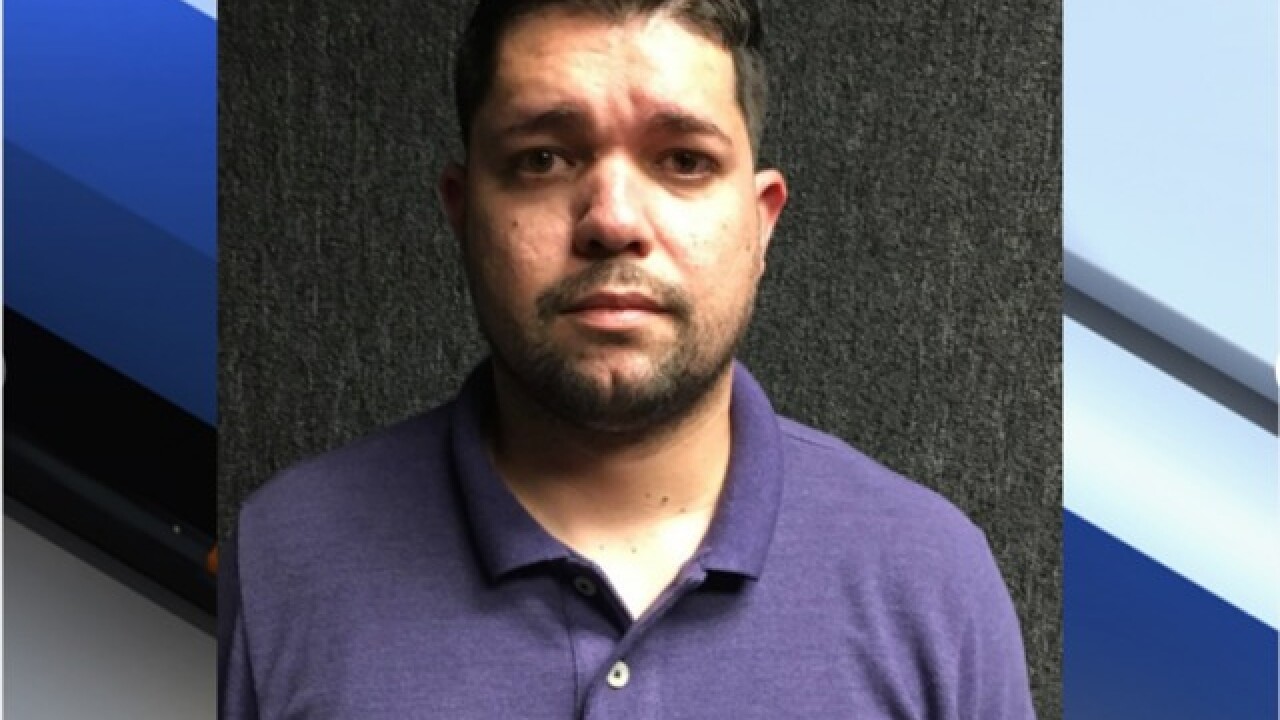 According to the sheriff, a school resource deputy assigned to Port St. Lucie High School was notified Friday morning that a minor student had made claims that a staff member has asked them to video themselves nude and provide it to him.

Detectives were called to the school where Alexander Rivera Marcial, 36, confessed to the allegations.

“As is our standard procedure, the deputy began an investigation into these claims, interviewing the student who shared this allegation, the student it involved and the staff member,” said Sheriff Ken J. Mascara. “Through this investigation, it was learned that the victim had asked the staff member to assist them in connecting their phone to Wi-Fi and in doing so propositioned the student to video themselves and provide it to him.”

St. Lucie Public Schools is working in conjunction with the St. Lucie County Sheriff’s Office and has relieved a non-instructional employee of duties based on allegations of possession of child pornography and promoting sexual performance by a child. This is a very serious matter -- one that is being treated with the utmost priority as the safety and security of our students is foremost in our mission.

Marcial was charged with possession of child pornography and promoting a sexual performance by a child.

He will be booked into the St. Lucie County Jail.

A bond has not yet been determined, officials say.

No more information is available at this time.