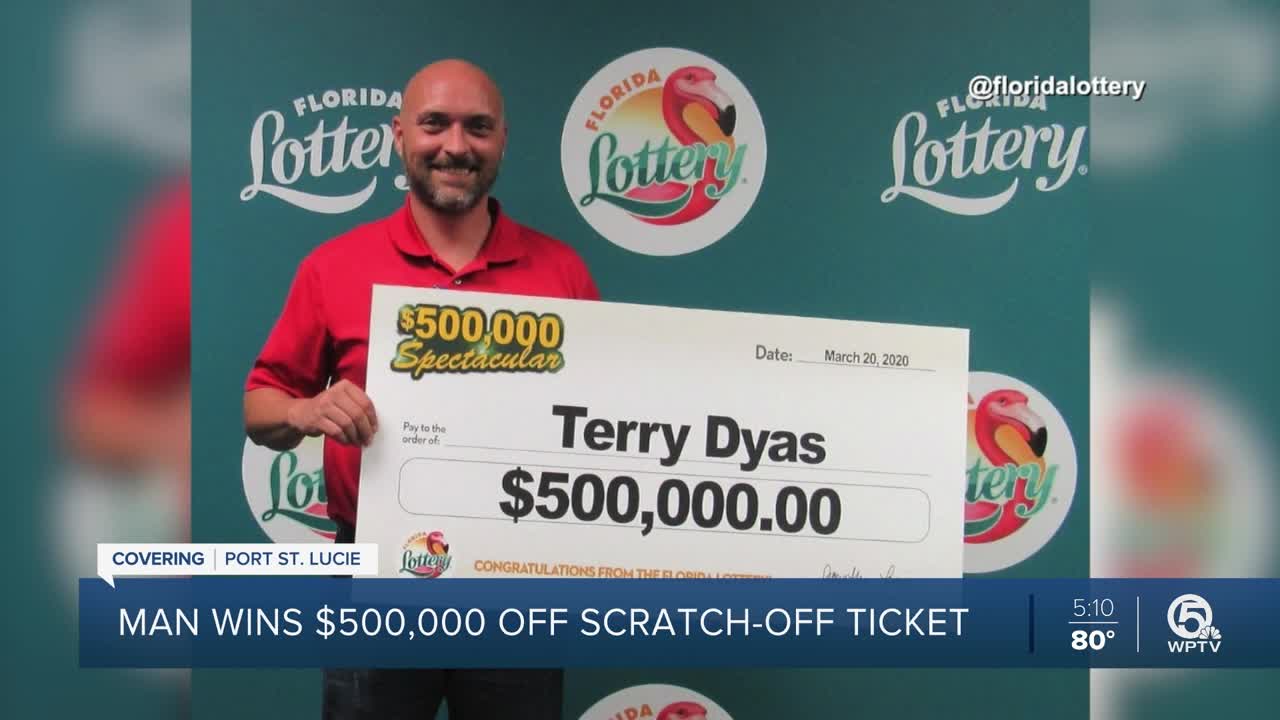 Dyas said he was traveling to Daytona Beach for work when he stopped at the convenience store.

"The clerk asked me if I wanted the cash, or if I wanted another ticket," Dyas told lottery officials in Tallahassee. "So, I pulled out another $15 and asked for four $5 Scratch-Off tickets - clerk's choice."

Dyas said the $500,000 winning ticket was the last ticket he scratched.

"I couldn't believe it, I sat in my car shaking. I'm still in shock," he said.