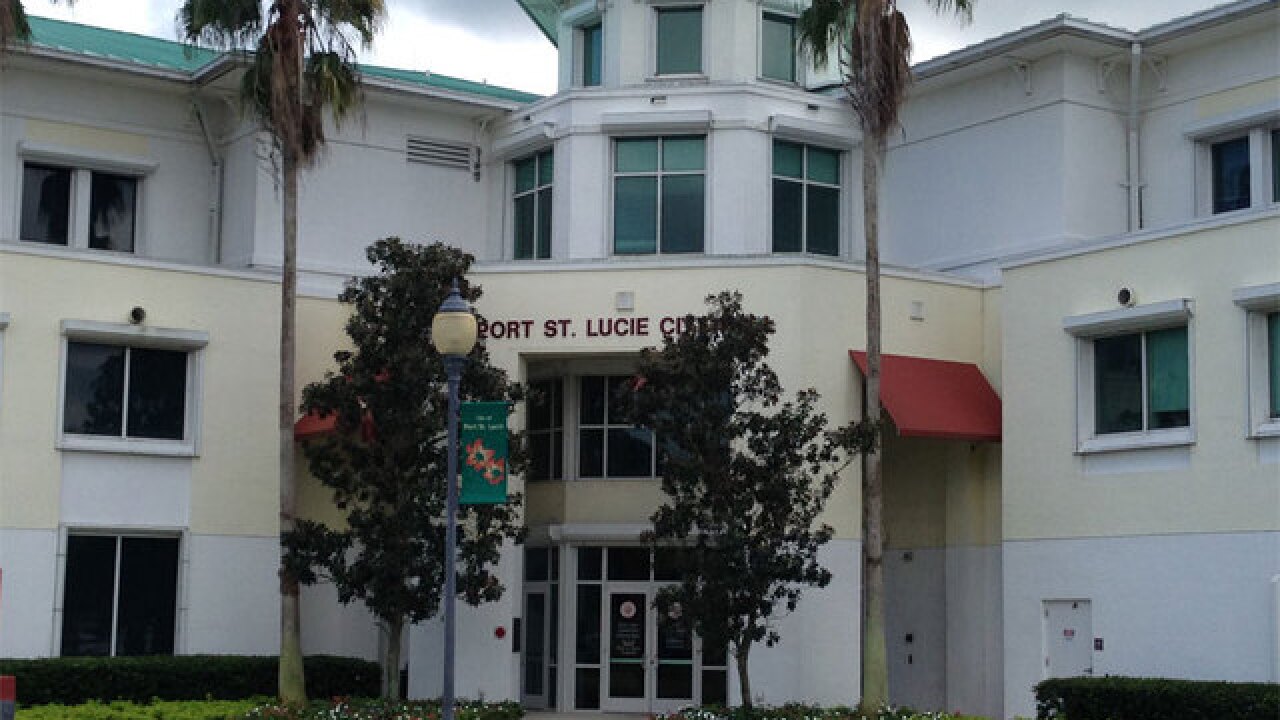 PORT ST. LUCIE, Fla. — In response to the wave of protests across the country following the death of George Floyd, the city of Port St. Lucie will host the first in a series of community events addressing racial injustice this Thursday.

The "listening session" will take place from 6 p.m. to 8 p.m at City Hall.

Residents are invited to voice their concerns to city officials about the racial climate in Port St. Lucie. Each attendee will have three minutes to speak and can submit more extensive written comments afterwards.

"Our citizens' comments, concerns and ideas about the city of Port St. Lucie's race relations and inclusion priorities are important," said city spokeswoman Kristina Ciuperger.. "The city wants to be a catalyst for change, and it's our turn to listen."

Mayor Gregory Oravec, City Manager Russ Blackburn and Police Chief John Bolduc will be in attendance. You can sign up to attend the listening session in person or via Zoom here. For those who want to watch or listen in on the session without participating, they can do so at this link.

The city's Forum on Race Relations and Inclusion (FRRI), established in 2016, sees this event as the first in a planned series of upcoming sessions and workshops. They hope to use community input at this session to help inform future events.