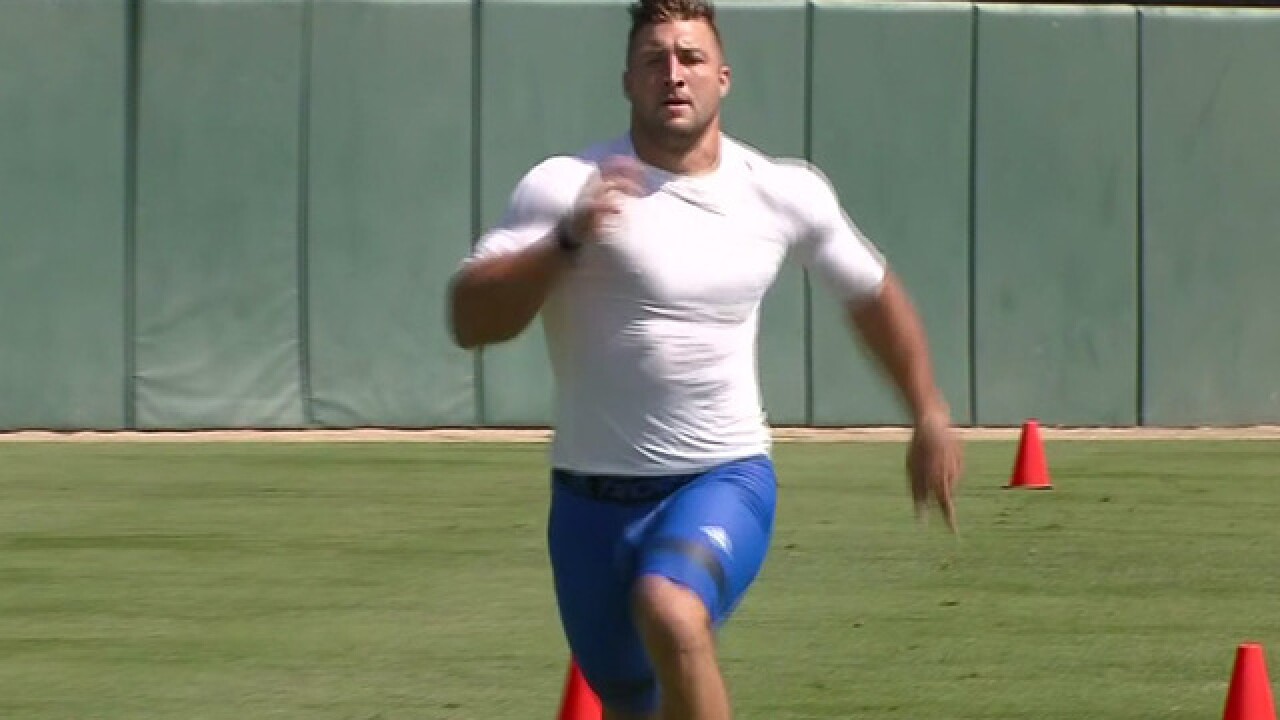 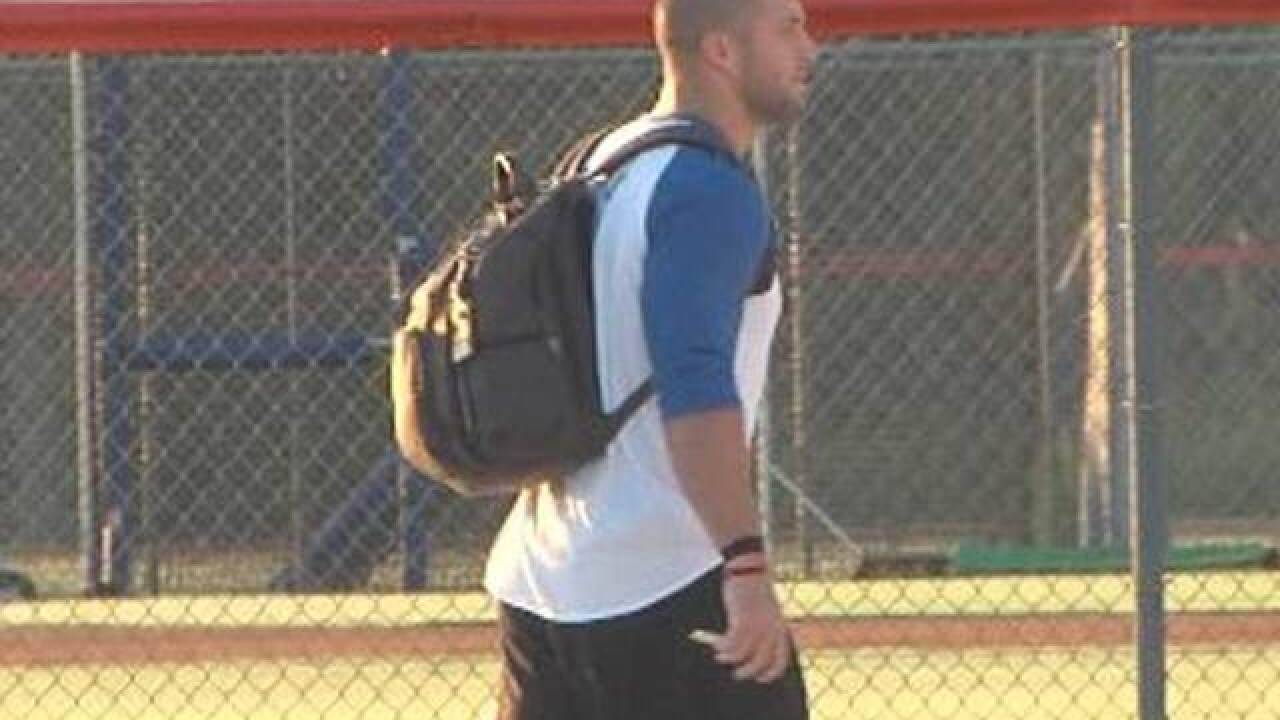 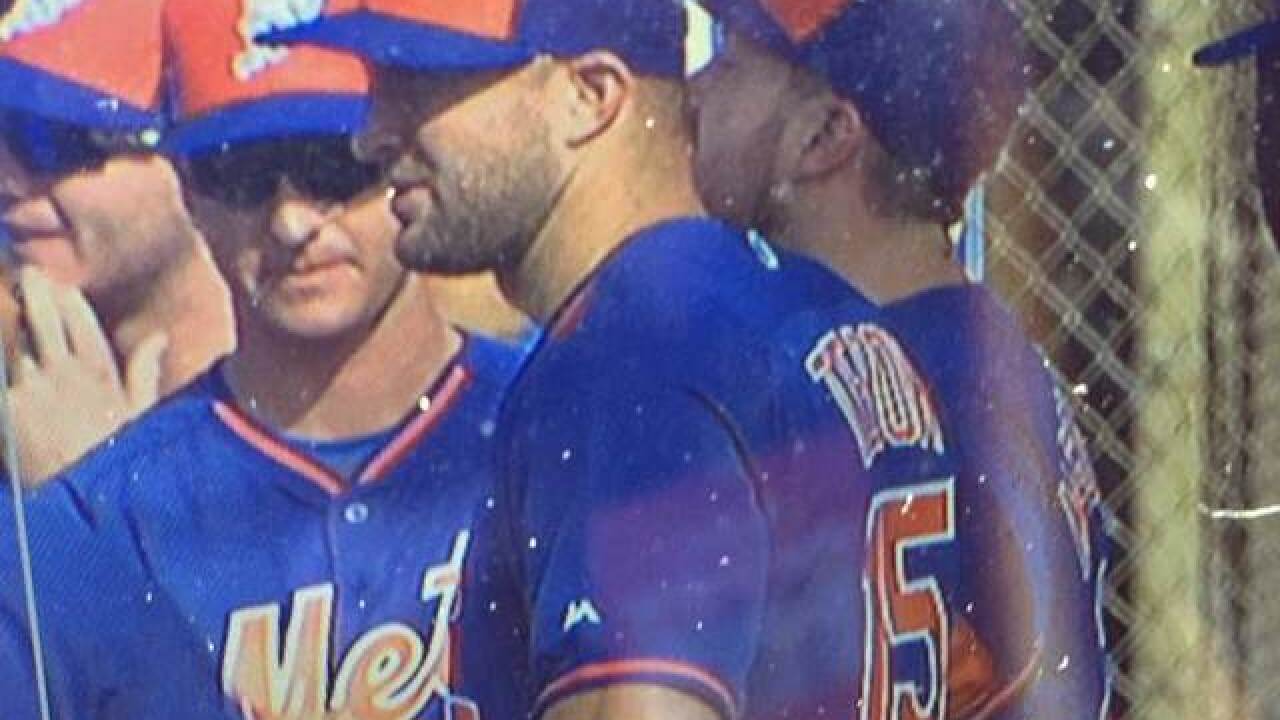 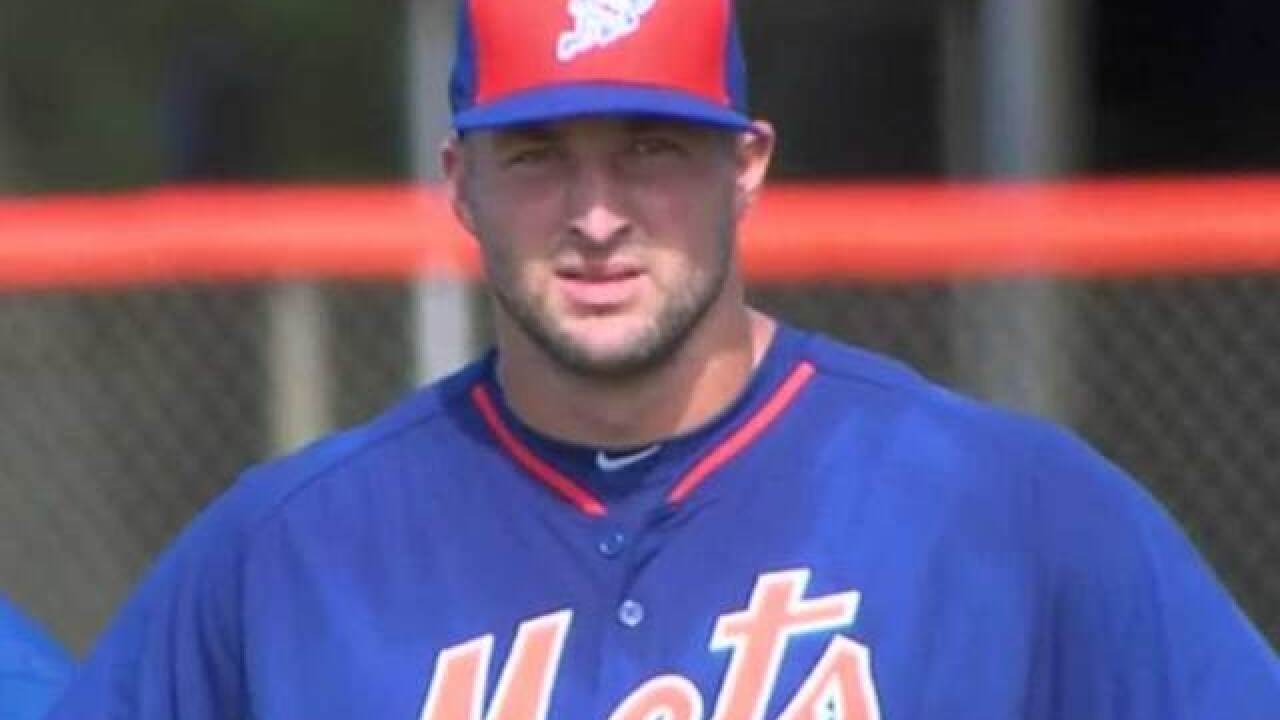 The frenzy for Tim Tebow kicked up once again as he suited up in a baseball uniform at Tradition Field in Port St. Lucie today.

He arrived before 8 a.m.

Tim #Tebow has arrived for his first workout with the #Mets in Port St. Lucie. @WPTV pic.twitter.com/Ag2eEV1eD0

The new must have item in Mets fashion. #Tebow pic.twitter.com/7SRyWTWSPt

Meanwhile people in Port St. Lucie are excited about Tebow mania. Nearby businesses are gearing up for a big day as large crowds are expected to hit area restaurants.

#Tebow getting started with some base running drills. pic.twitter.com/45EhRQXgGH

Frank and Al's Pizza plans to have extra staff.

"Yeah we probably will for lunch time. Have an extra driver maybe an extra person inside to help out a little bit of rush hour we're going to get," says manager Alan Ruiz.

Many business owners are hoping Tebow surprises with his talents on the diamond and makes it to spring training next year.