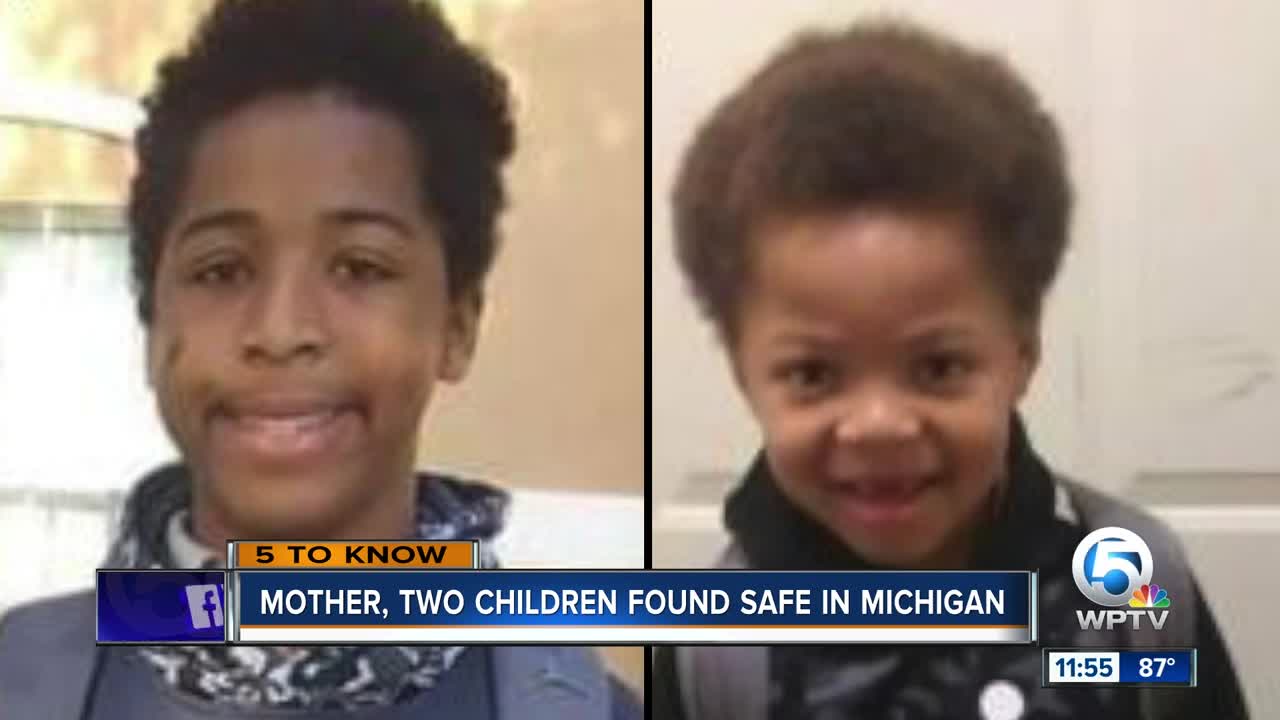 On Monday, Port St. Lucie police said Ester Leefatt and both of her children, Malik Justin and Tyler, were located in Michigan. All were found safe and in good health. 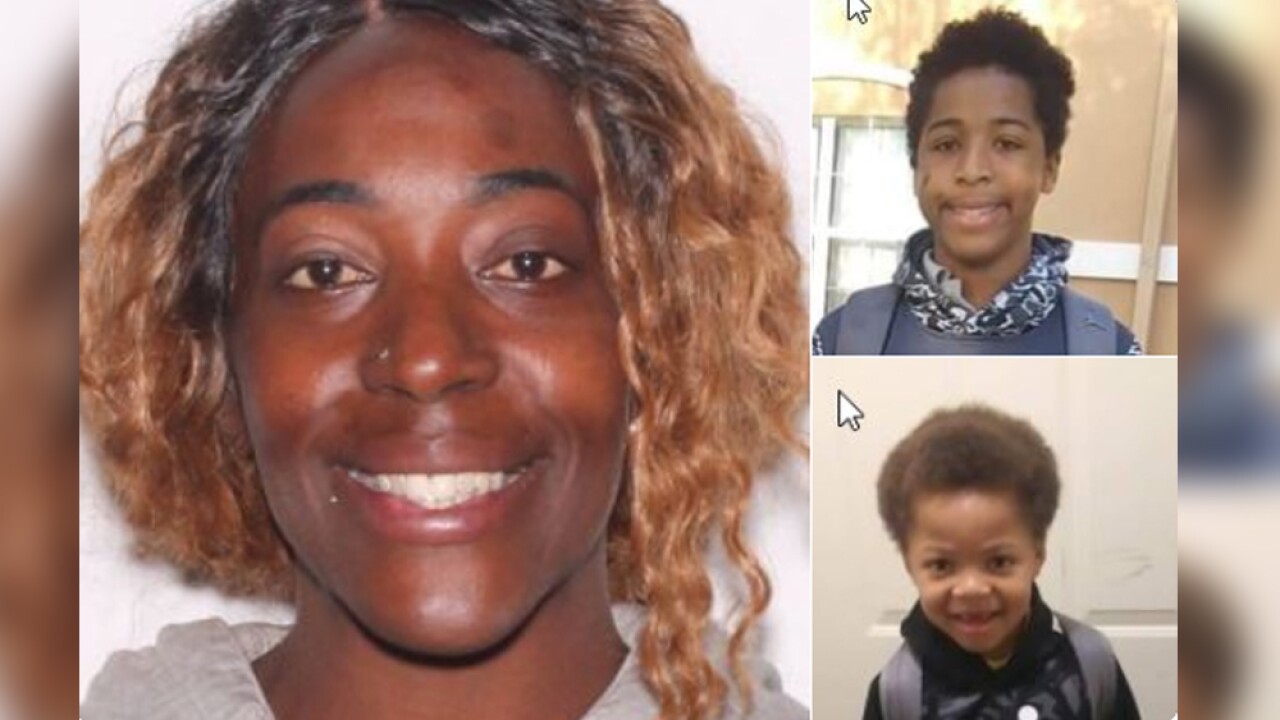 PORT ST. LUCIE, Fla. — UPDATE: On Monday, Port St. Lucie police said Ester Leefatt and both of her children, Malik Justin and Tyler, were located in Michigan. All were found safe and in good health.

Police said they and the Florida Department of Children and Families are working together to conclude the custodial rights of either parent. Police said they are seeking a clear interpretation of the court documents.

At this time, police said they are not able to determine if a crime has occurred.

Police in Port St. Lucie said early Monday morning they are looking for a mother and her two missing children.

At 6:30 p.m. Sunday, police went to a home in the 5400 block of NW Fox Squirrel Ln. in Port St. Lucie for reports of two missing, endangered children.

The children, Malik Justin Leefatt, 12, and Tyler Joshua Leefatt, 6, were reported missing by their father, Winston Leefatt, who is the custodial parent.

Police learned on Friday that Winton Leefatt and the children's mother, Ester Leefatt, 38, were involved in a domestic dispute.

Officers were called to the home and Winston Leefatt agreed to temporarily leave the residence to allow the situation to calm down. Police said he returned on Sunday to find Ester Leefatt and the children were gone.

Winston Leefatt said he last saw the children on Friday around 10 p.m.

It is believed the children are in the custody of Ester Leefatt and possibly in the area of Southfield, Michigan. Police said she is not answering her phone.