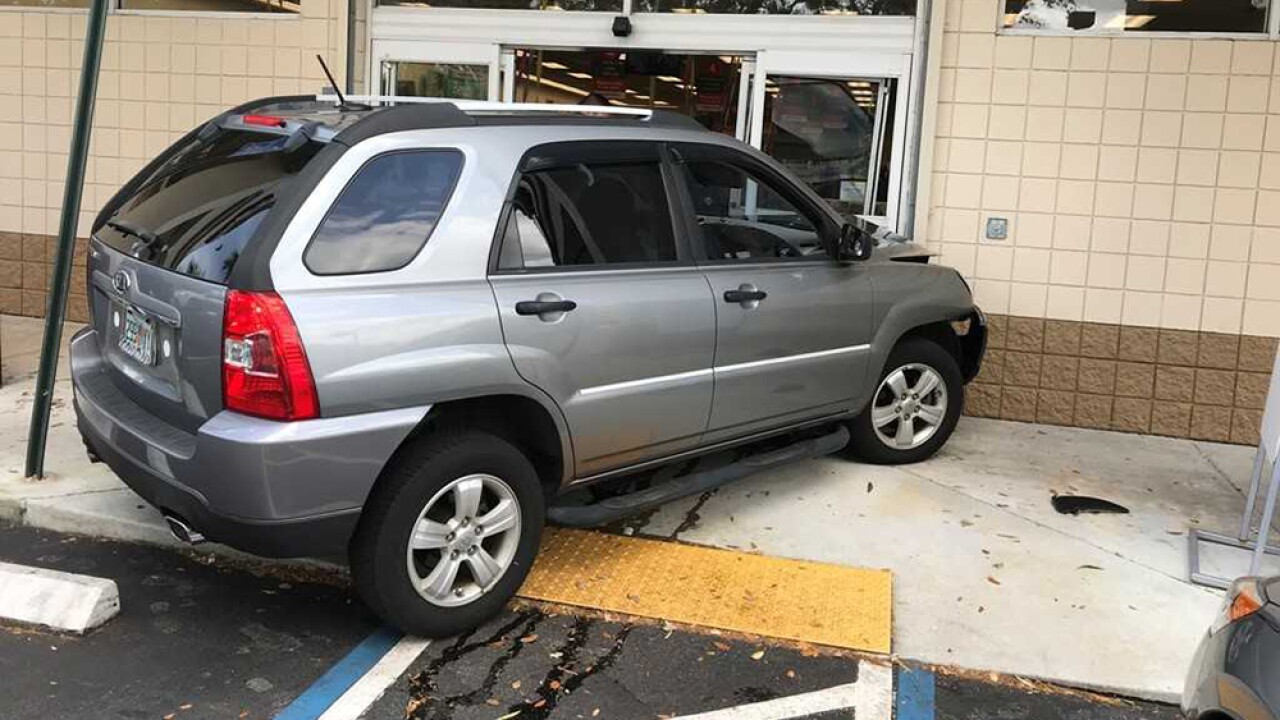 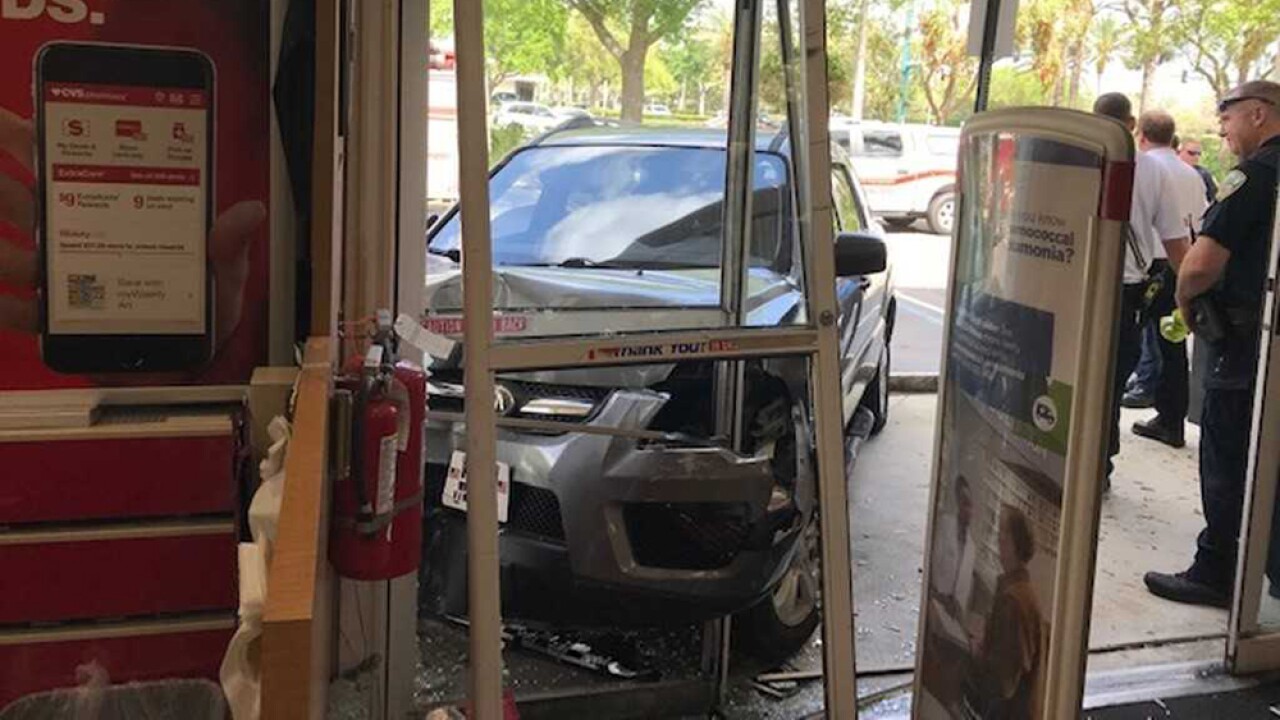 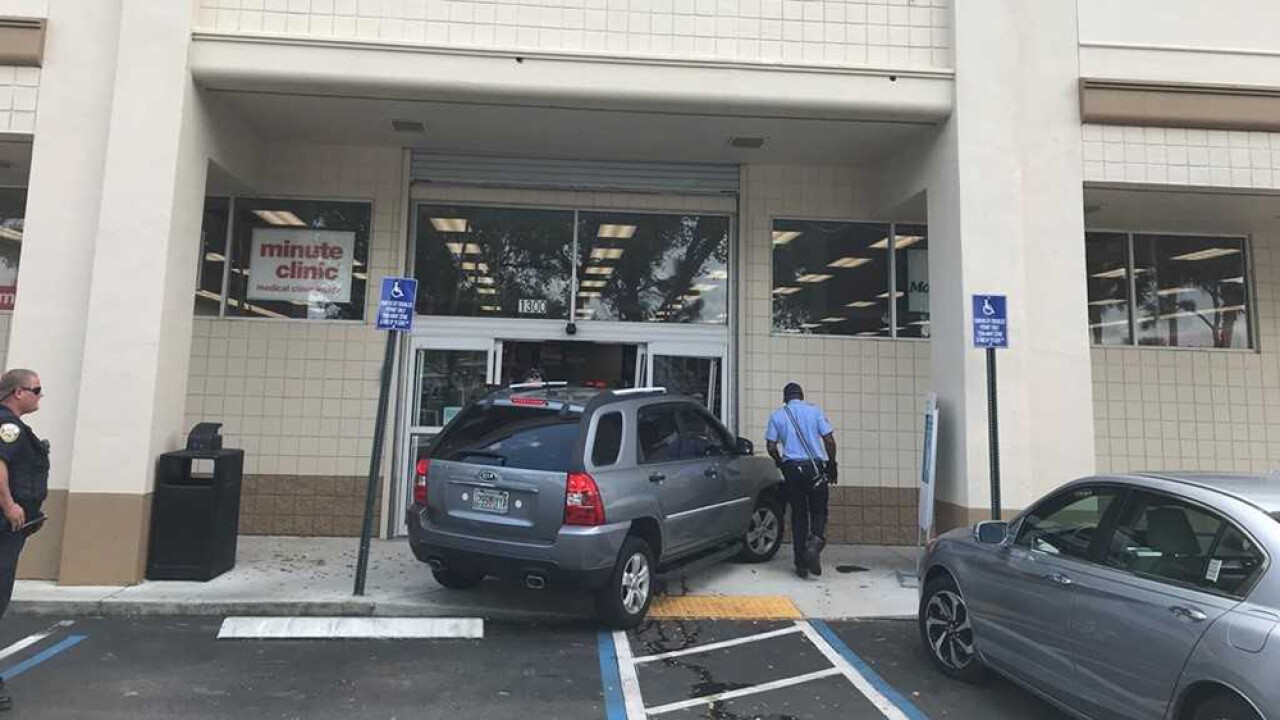 Officers responded to the store, located at 1300 S.W. St. Lucie Blvd., on Wednesday and found a 2010 Silver Kia Sportage SUV smashed into the main entry doors.

Police said the driver was parked in a handicap space and began to shake uncontrollably.

Instead of placing his foot on the brake, he accidentally hit the gas, drove onto the sidewalk and into the front doors.

The driver was taken to the hospital with non-life threatening injuries. No one else was hurt.

The front doors are now being repaired, but it's unknown how much it'll cost to fix the damage.