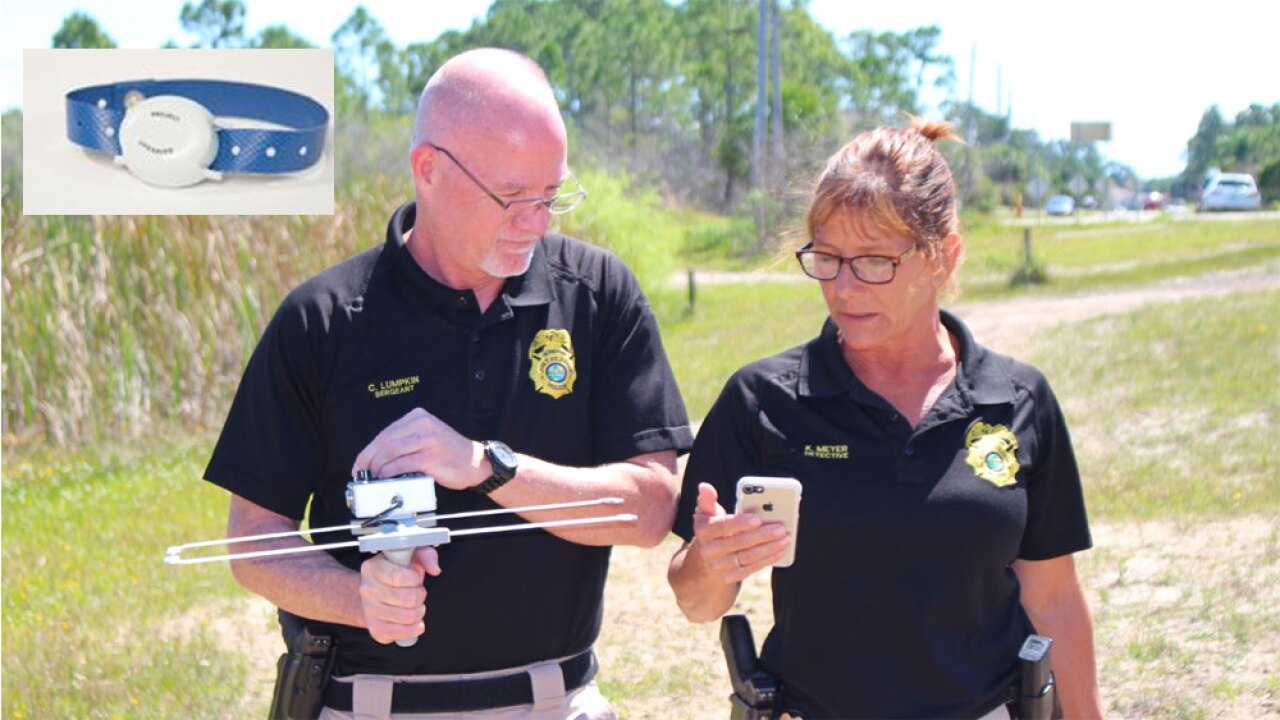 PSLPD
Authorities say a youngster on the autism spectrum seen running through traffic was found and safely returned to his parents thanks to quick-thinking police and a high-tech tool.

PORT ST. LUCIE, Fla. — Authorities say a youngster on the autism spectrum seen running through traffic was found and safely returned to his parents thanks to quick-thinking Port St. Lucie police and a high-tech tool.

Officers who responded to the area found the juvenile and said he appeared distressed and was non-verbal. But, they noticed an electronic band on his ankle.

The band is part of a system called Project Lifesaver and designed to locate people prone to wandering or who are at high risk.

Police say a Port St. Lucie on-call sergeant who is well-versed in the program was contacted and was eventually able identify the youngster and provide a name and address stored in a Project Lifesaver database.

Police say after further investigation they learned the parents, who had enrolled the child in Project Lifesaver with the tracking device, were not at fault, and that the child had bypassed a house alarm.

He was returned to them.

Port St. Lucie police say Project Lifesaver can help someone diagnosed with autism, Alzheimer's, down syndrome, dementia, or who has had a severe brain injury.

If you want more information about the program you can contact Port St. Lucie Police Sgt. Charles Lumpkin at 772.807-4436.