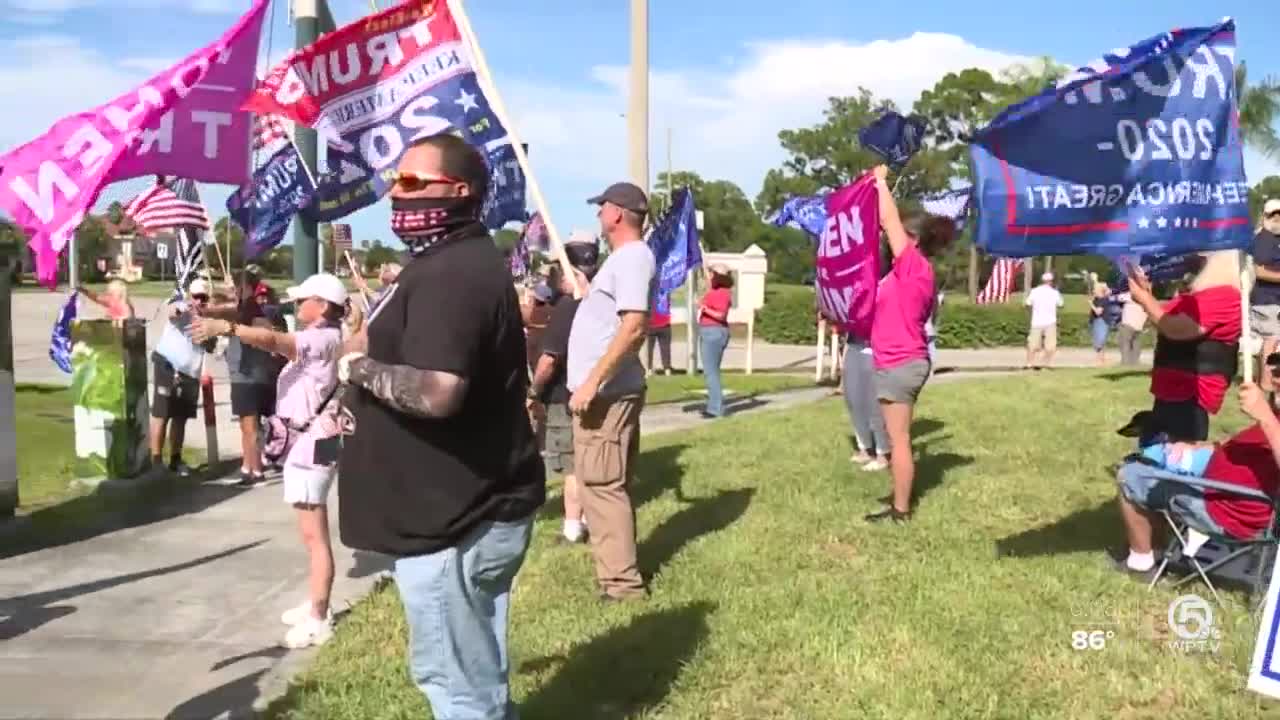 A group of people waving flags in support of President Trump gathered in St. Lucie West on Saturday. 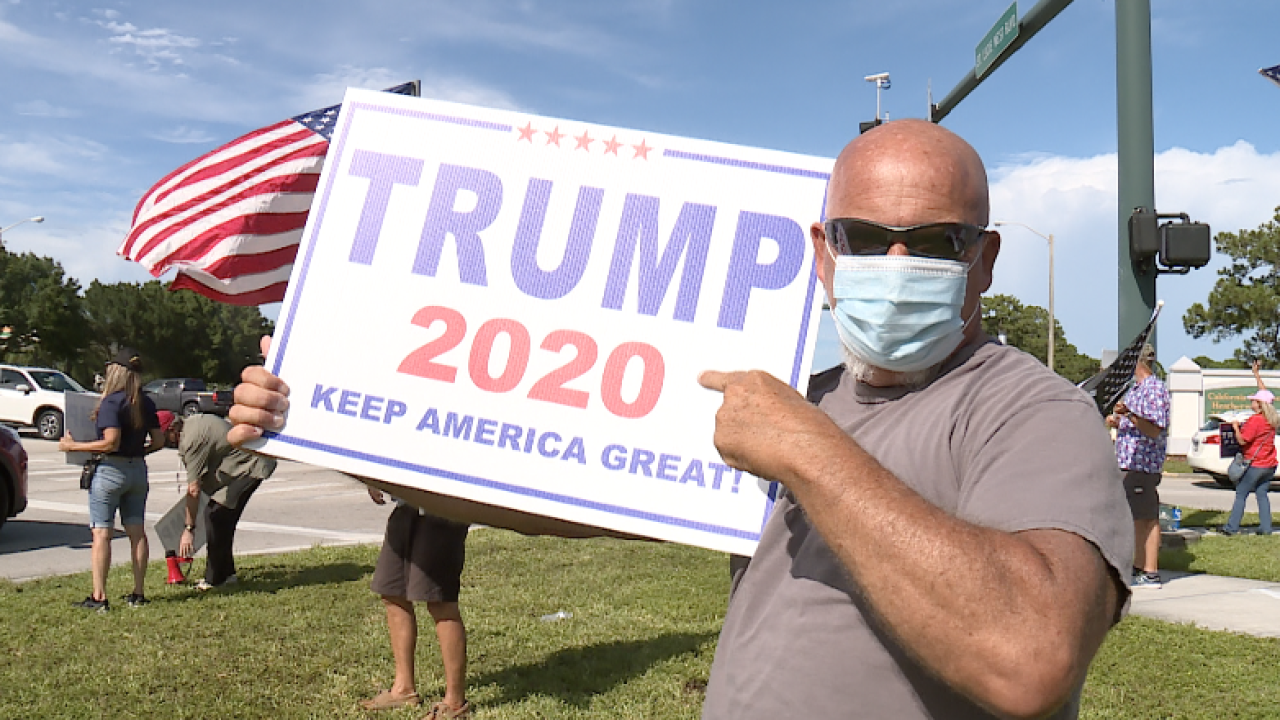 Supporters at the event said it's critical that Trump wins St. Lucie County in the November election.

The group that hosted the event, St. Lucie County for Trump, said they normally hold a weekly event to show support.

As it gets closer to the November election, the group said they will be holding events more frequently.

The organizer, Beau Slay, said he just wants a safe way for people to be able to show their support.

"Everything that we do is just to come out and show support for our president," Slay said. "Most of these people are very conservative. They're laid back. They're not looking for confrontation. So, it's just, when you come out here in a group, it's just better. More people feel safe."

There were two people at Saturday's event who did not openly support Trump.

One was seen holding a sign that read, "Defund the police."

Slay said as long as they don't cause violence, he doesn't mind the counter-protesters.