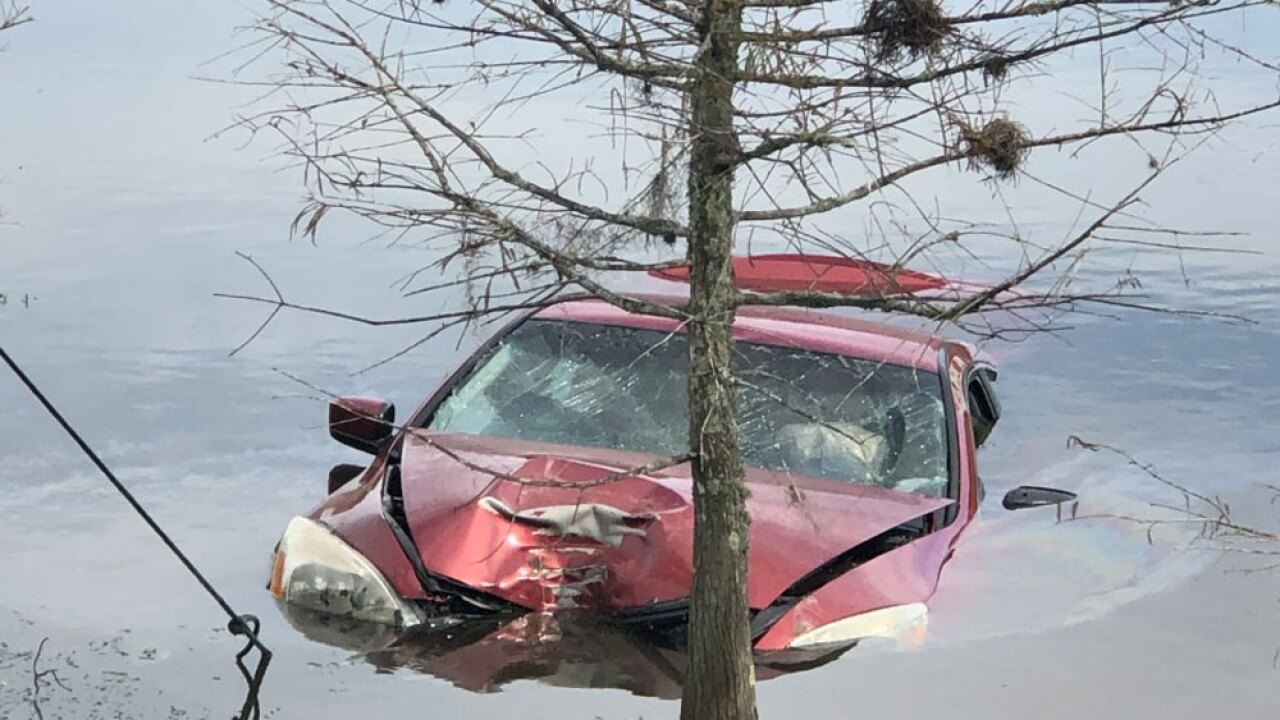 Port St. Lucie police credit two good Samaritans with rescuing a driver who lost control of her Honda Civic and ended up in a lake.

The driver was heading north on SE Lennard Drive when the motorist hit two traffic signs and a light pole before ended up in the water, police said.

Two people saw the car in the lake, jumped in, motioned for the driver to roll down the window and then pulled her to safety, according to police.

No one was hurt but the driver was taken to a hospital for observation, police said.

They said the rescuers deserve special thanks for their bravery.

@PSLPolice UPDATE: Roadway is now opened at SE Lennard Drive/ SE Mariposa Avenue. The car was removed from the lake. Special thanks to the citizens who helped the driver safely out of the car. @WPBF25News @WPTV @TCPalm @CBS12 pic.twitter.com/z1ndE4CRJj