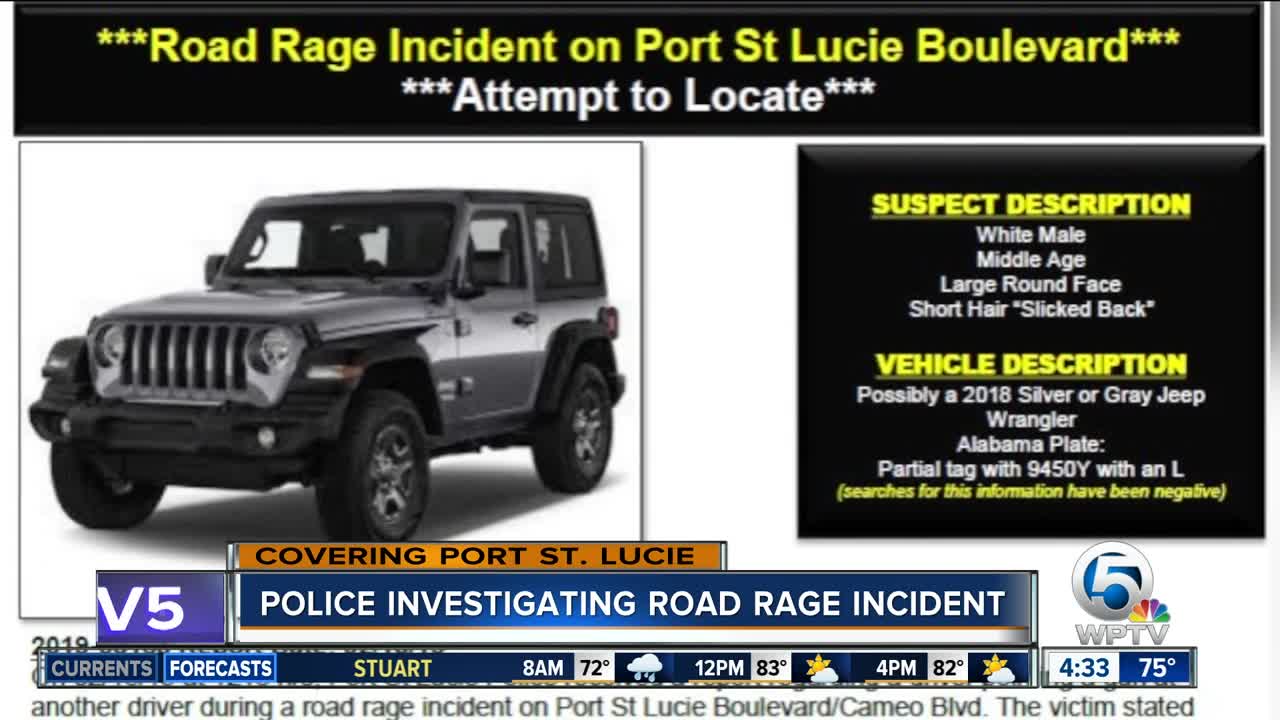 Port St. Lucie is asking for the public's help identifying a 2018 silver or gray Jeep Wrangler connected to a road-rage incident.

PORT ST. LUCIE, Fla. — The Port St. Lucie Police Department is asking for the public's help identifying a driver and vehicle they say is connected to a recent road-rage incident.

On Feb. 13 around 12:18 p.m., police said they received a report of a driver pointing a gun at another driver on SW Port St. Lucie Boulevard at Cameo Boulevard.

Police said the victim told them he was driving westbound on SW Port St. Lucie Blvd., over the Turnpike Bridge, on the far-left lane when he was cut-off by what he described as a newer-model silver Jeep Wrangler.

The victim said he “flipped off” the Jeep driver. The driver of the Jeep was described as a white man with a large, round face with short hair “slicked back”.

The victim said after he was cut-off, he pulled alongside the Jeep and shouted at the driver “what is your malfunction?”

The driver of the Jeep than pointed a large, silver-colored handgun out of his window directly at the victim.

Police are now looking for a 2018 silver or gray Jeep Wrangler with an Alabama license plate that had a partial tag of 9450Y with an L.

@PSLPolice is asking for the public's help in identifying a 2018 silver or gray Jeep Wrangler - Alabama plate: partial tag of 9450Y with an L. If anyone has information please contact: Detective Fulcher 772-873-6518 or call Treasure Coast Crime Stoppers 800-273-TIPS (8477) pic.twitter.com/YHHNK8dp4X