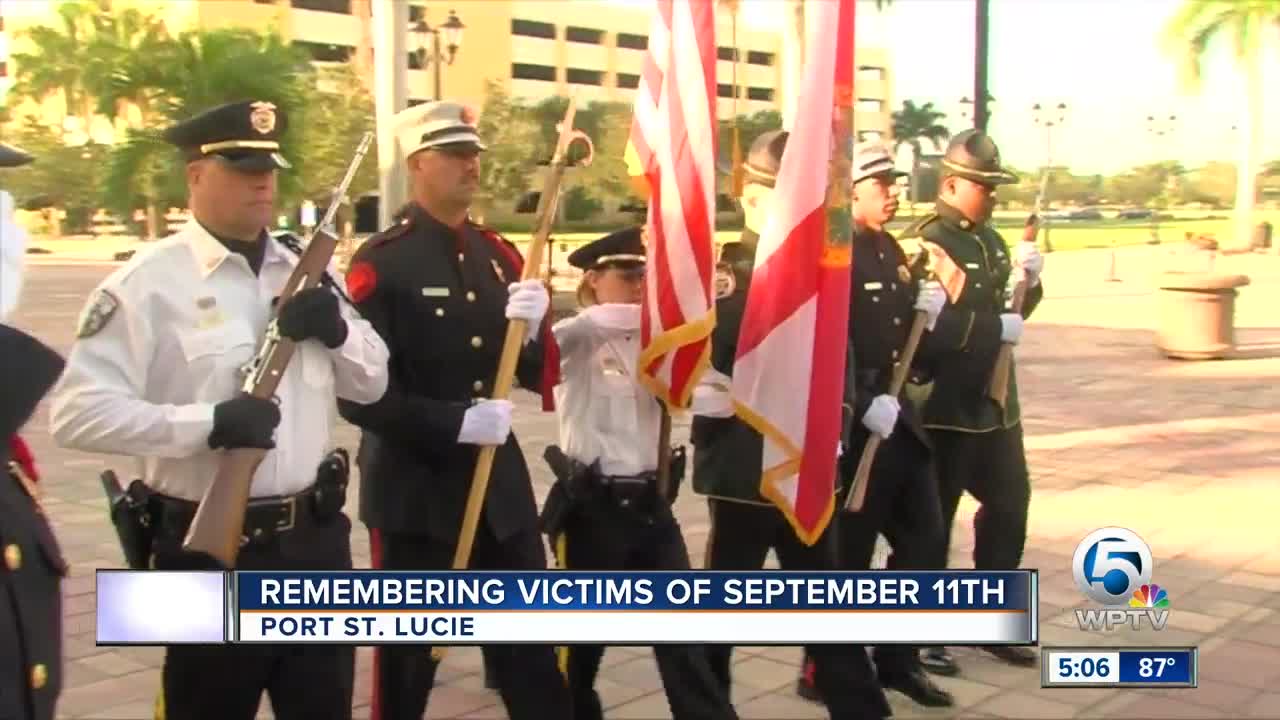 People in South Florida are pausing to remember victims of 9/11 on the 18th anniversary of the attacks. 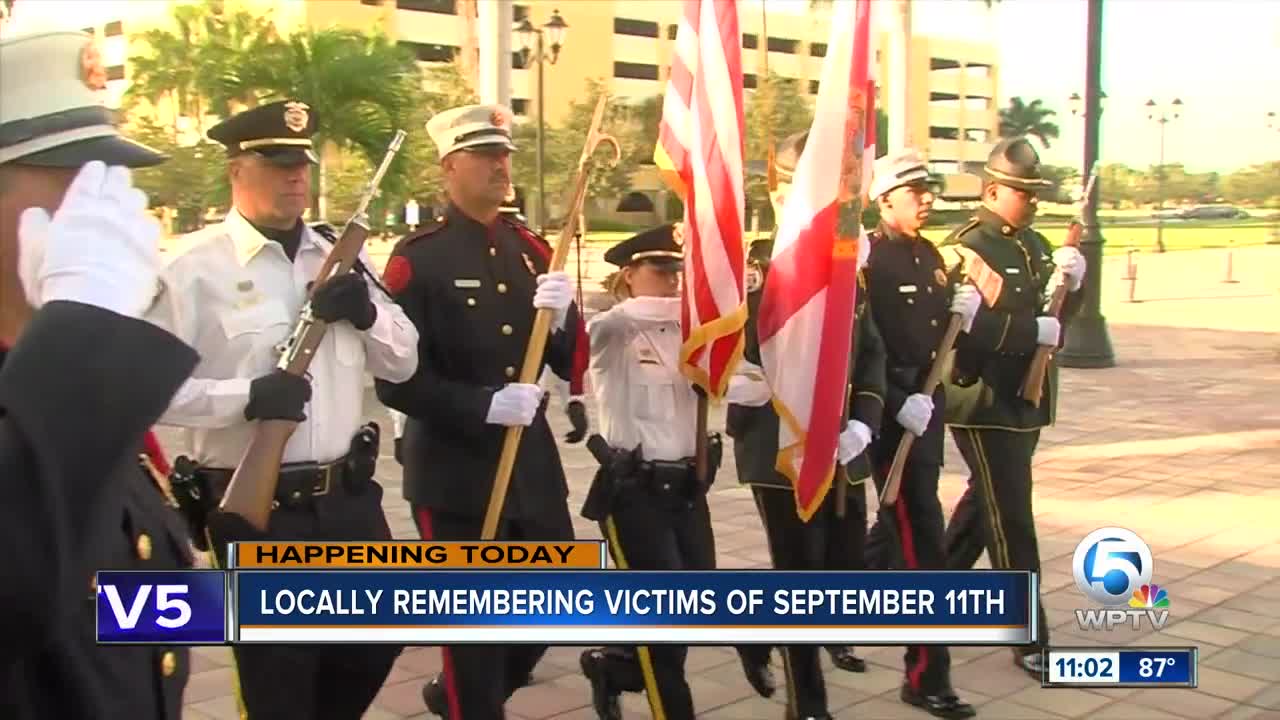 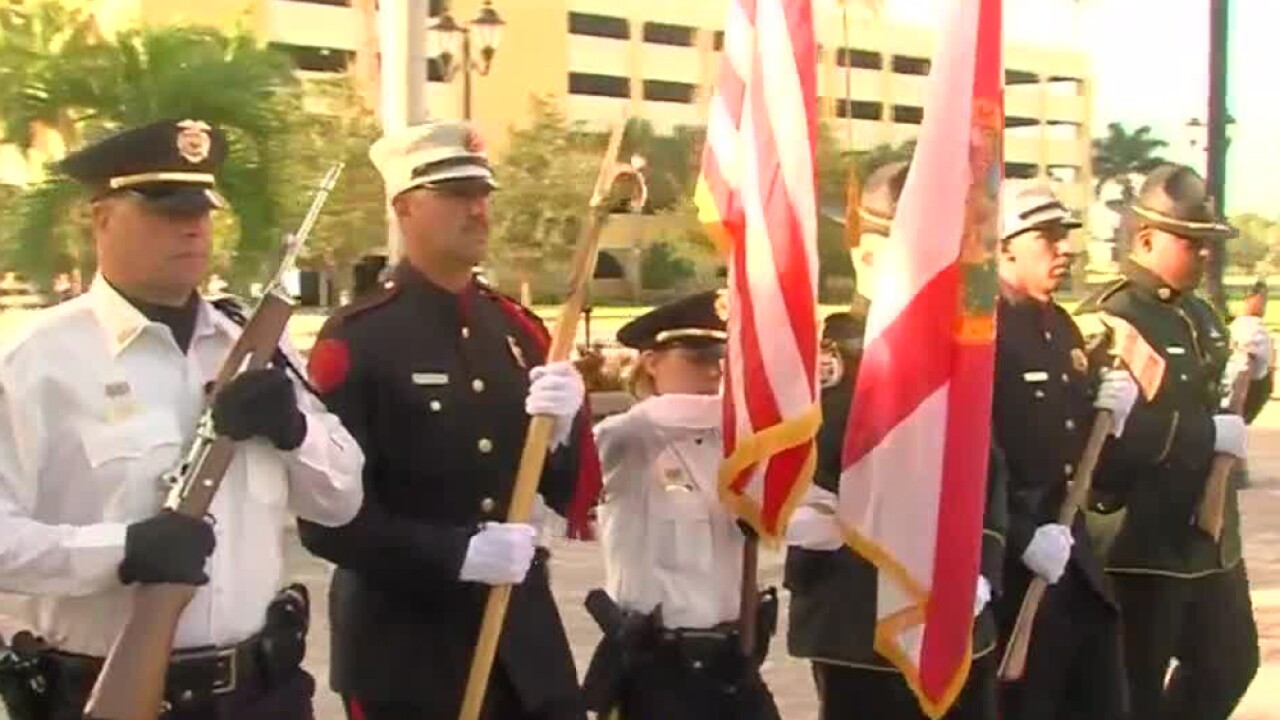 PORT ST. LUCIE, Fla. — Ceremonies across our area Wednesday are honoring the nearly 3,000 lives lost on 9/11, which occurred 18 years ago.

A ceremony was held in Port St. Lucie at the city's civic center in front of a steel beam from the World Trade Center.

Law enforcement from across St. Lucie County all played a role in the event, which had a theme of "Sacrifice and Service."

Port St. Lucie Police Chief John Bolduc spoke about the sacrifices and heroism made on 9/11 and those that family members and survivors continue to make on a daily basis.

Organizers rang a bell in honor of the moment each plane crashed into the twin towers.

Fort Pierce resident Denise Reed brought her four young sons to the event and says she wants to teach them about what happened since they are too young to remember that tragic day.

“I think it’s important to instill in our children at a young age a love for your country and for its people, so that was a reason I wanted them to come and see the presenting of the colors and the different people who are here honoring those who died,” said Reed.

After the ceremony, people were encouraged to leave notes and flowers at the 9/11 memorial. The flowers will stay at the site throughout Wednesday and then be moved inside at the end of the day.

Watch the full ceremony below: