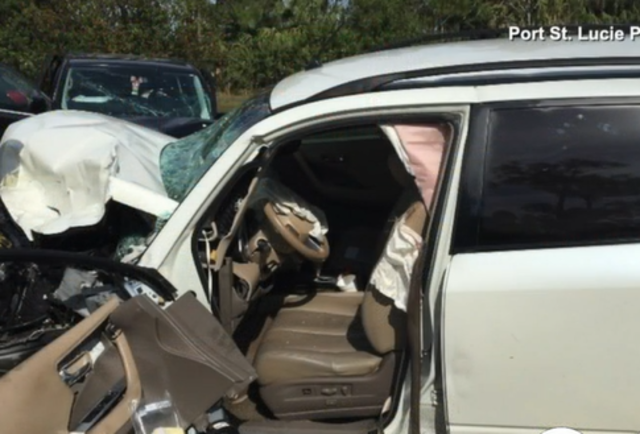 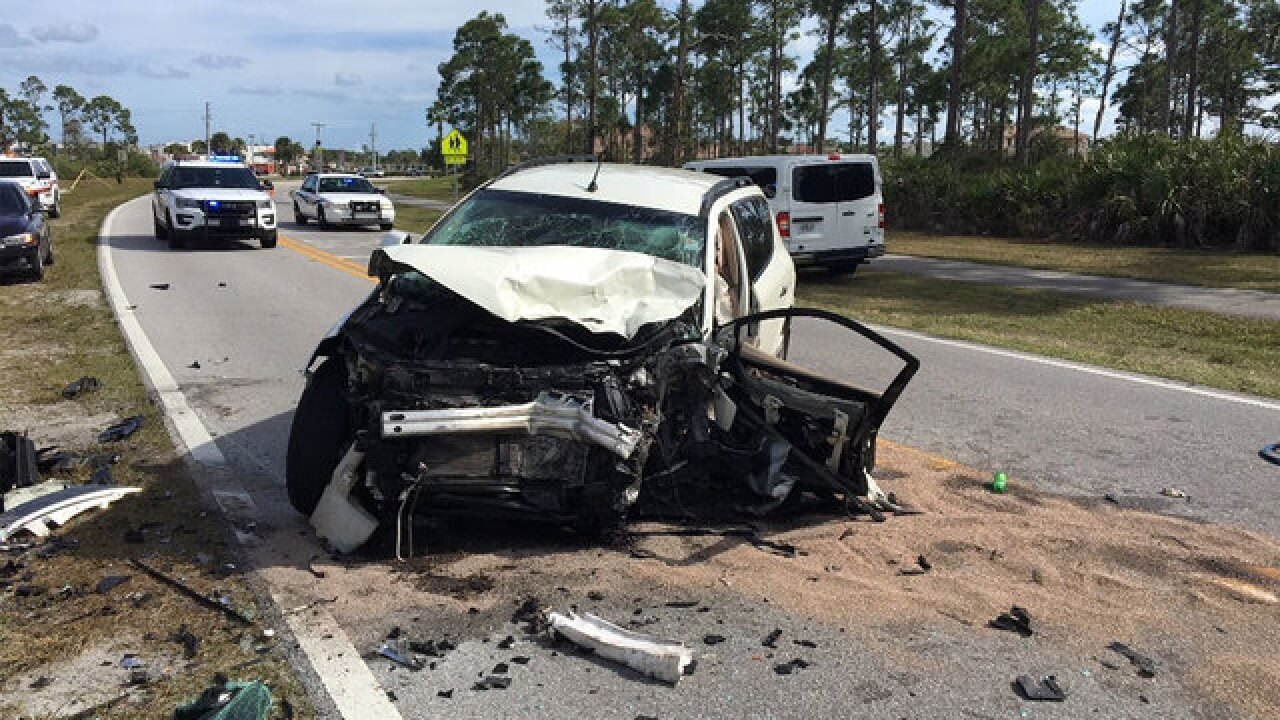 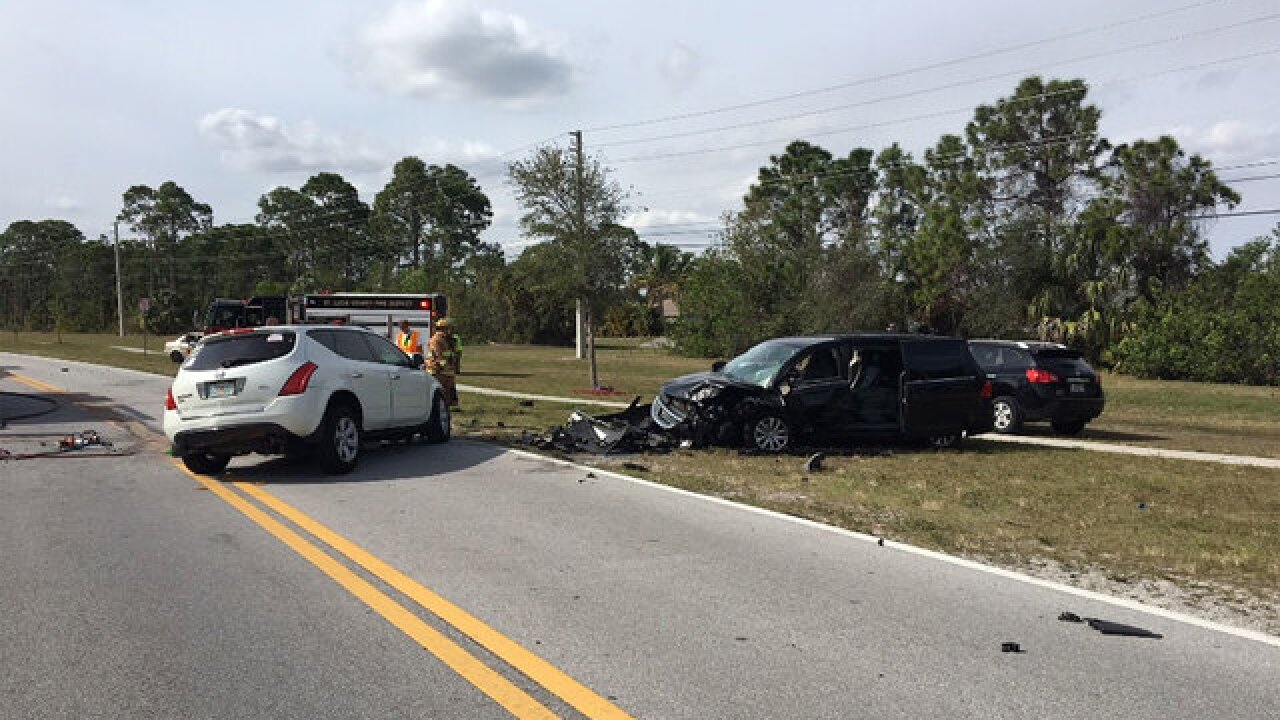 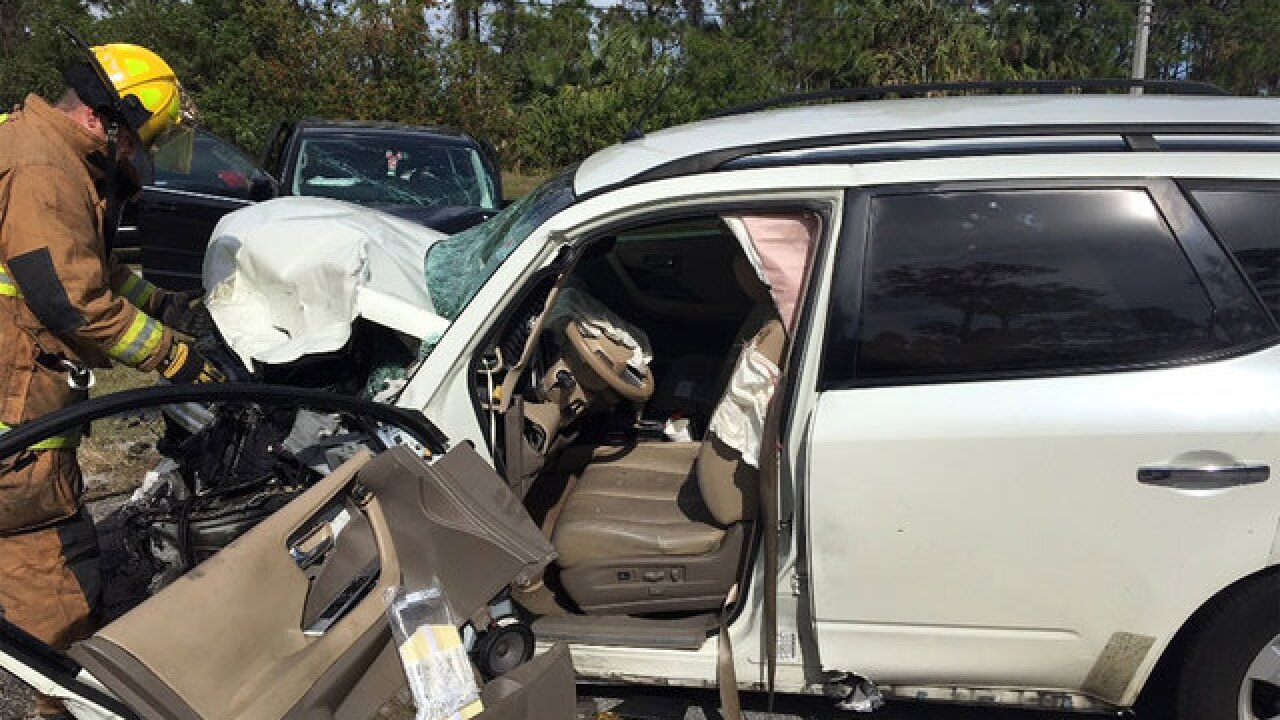 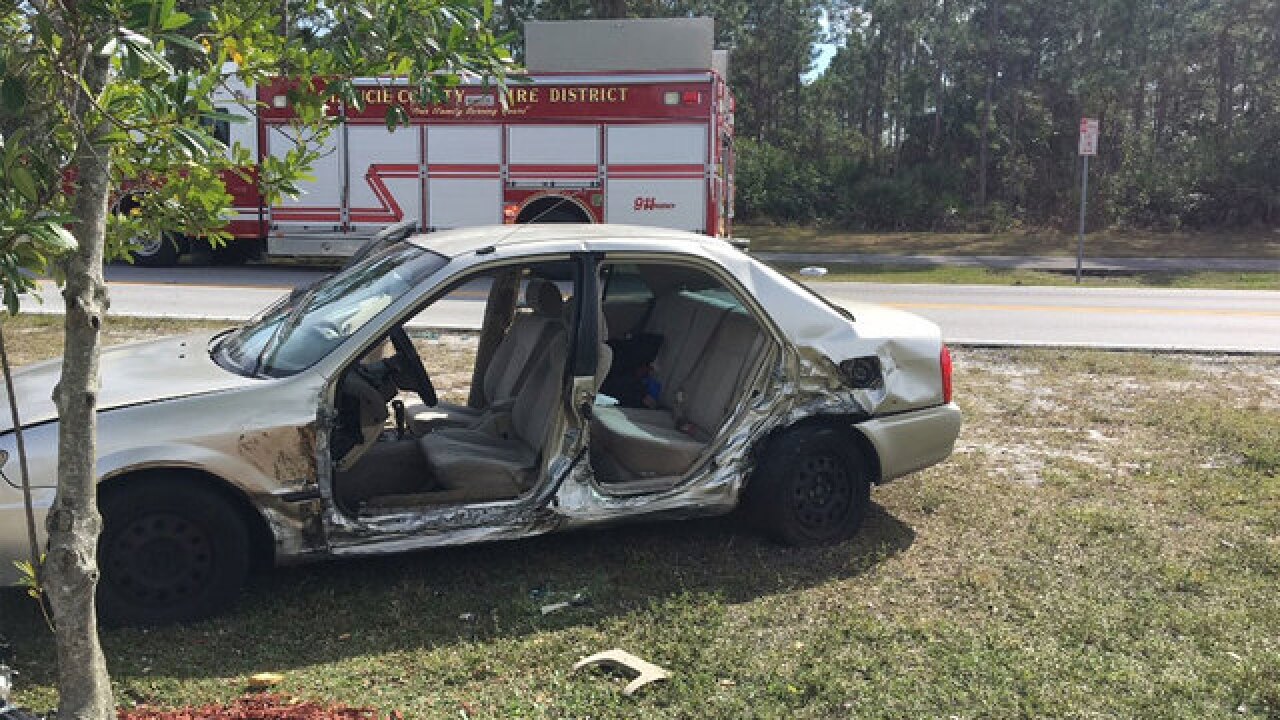 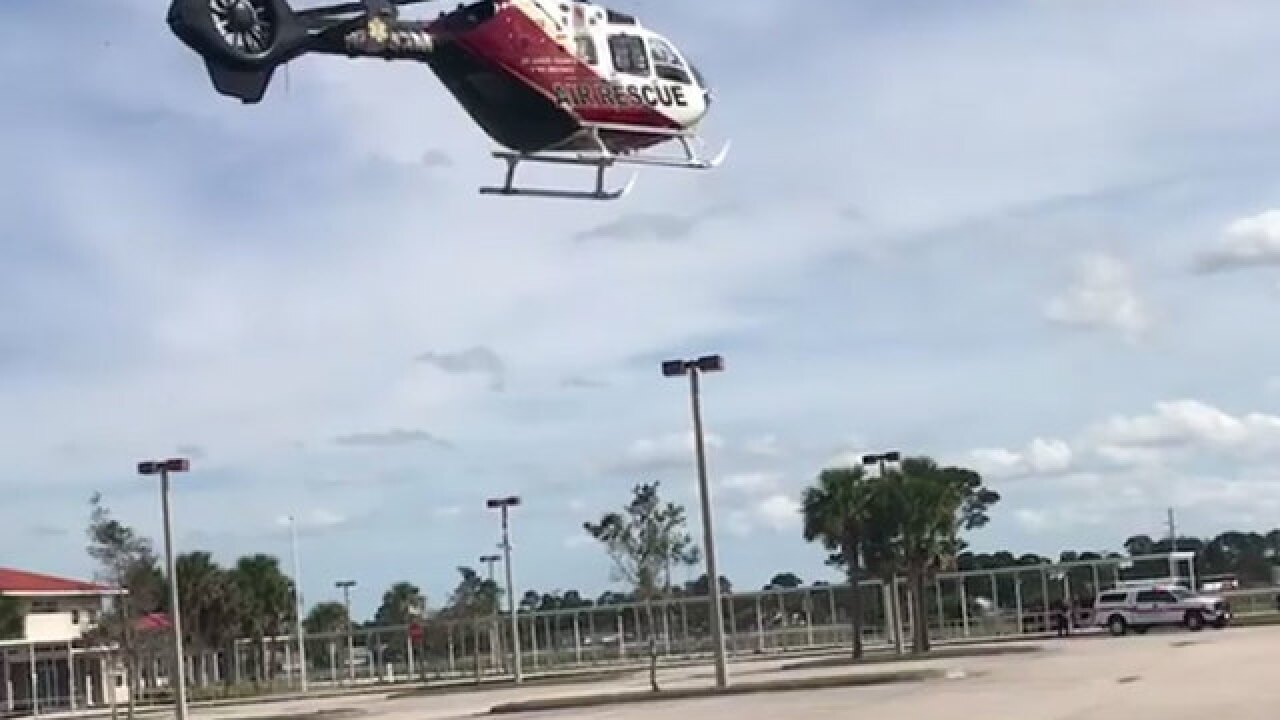 Police say a 2007 Nissan SUV driven by 57-year old Margaret Smith was traveling southbound on NW Cashmere Blvd. and crossed over the double yellow line and collided with Miranda's vehicle, then continued to crash into another vehicle, a 2012 Volkswagen van.

Smith had to be extricated from her vehicle by Fire Rescue crews and was transported to a local hospital with non-life threatening injuries.

Miranda and the two passengers in his Mazda were hospitalized with non-life threatening injuries.

A 12-year old male passenger in the third vehicle, the Volkswagen van, was transported by air to St. Mary's Medical Center in critical but stable condition.