Investigators say police officer was shot in arm, but is expected to recover 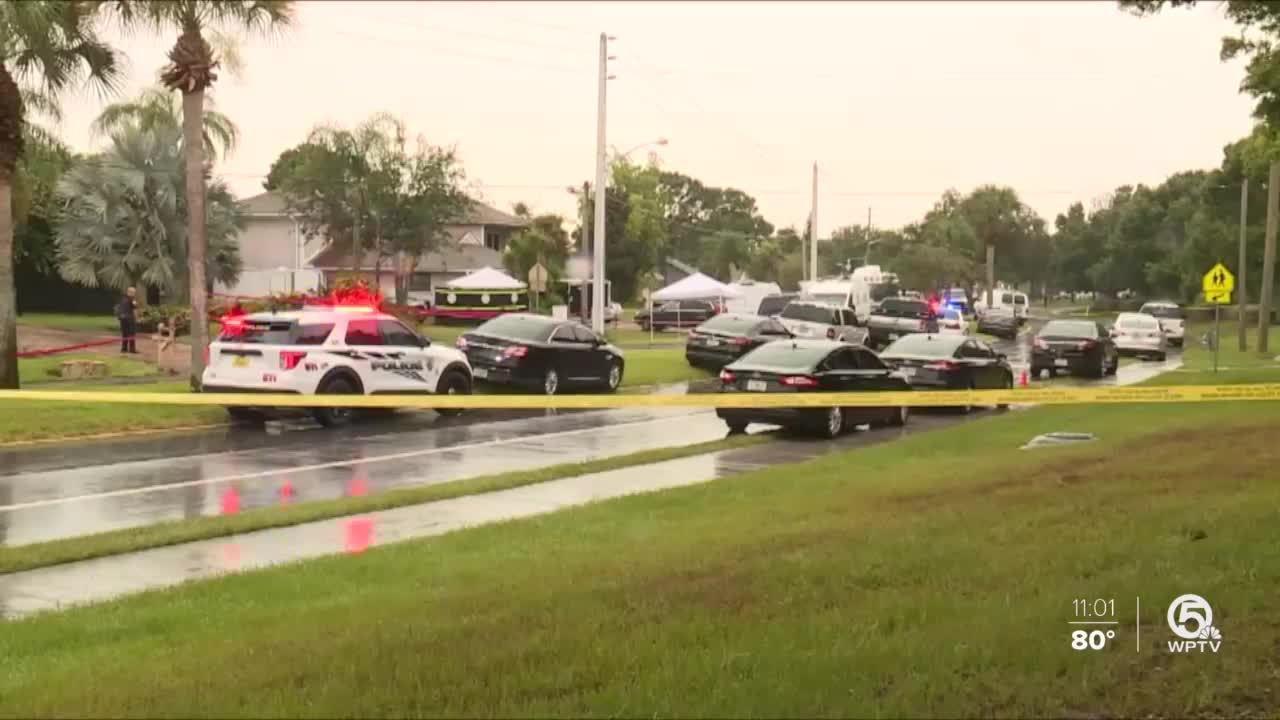 Three people are dead, including a girl, after a two-hour active shooter situation inside a Port St. Lucie home, authorities said Monday. 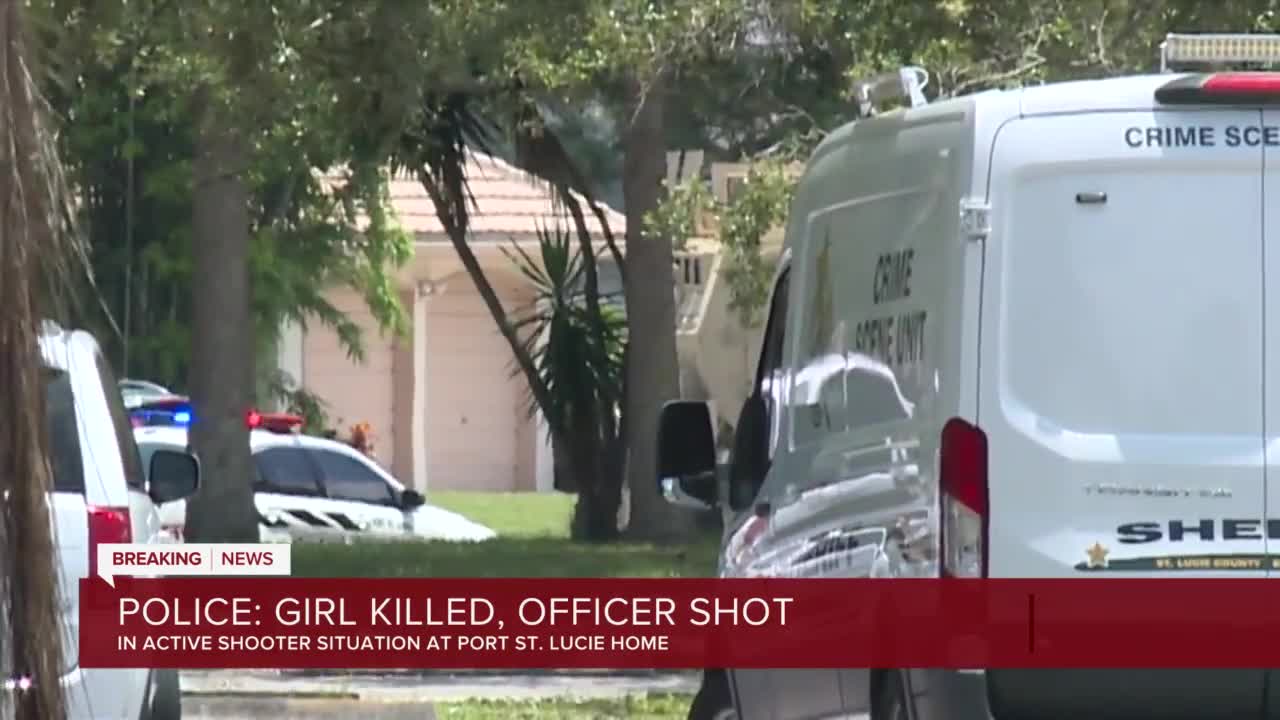 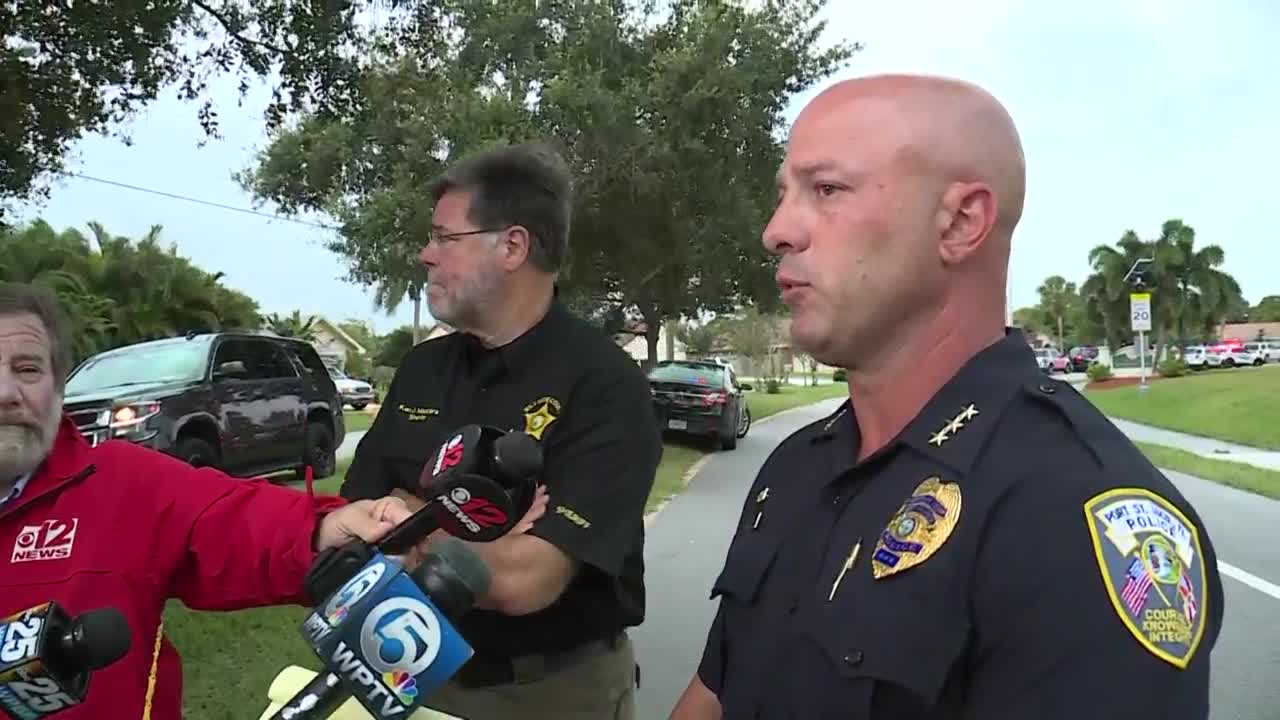 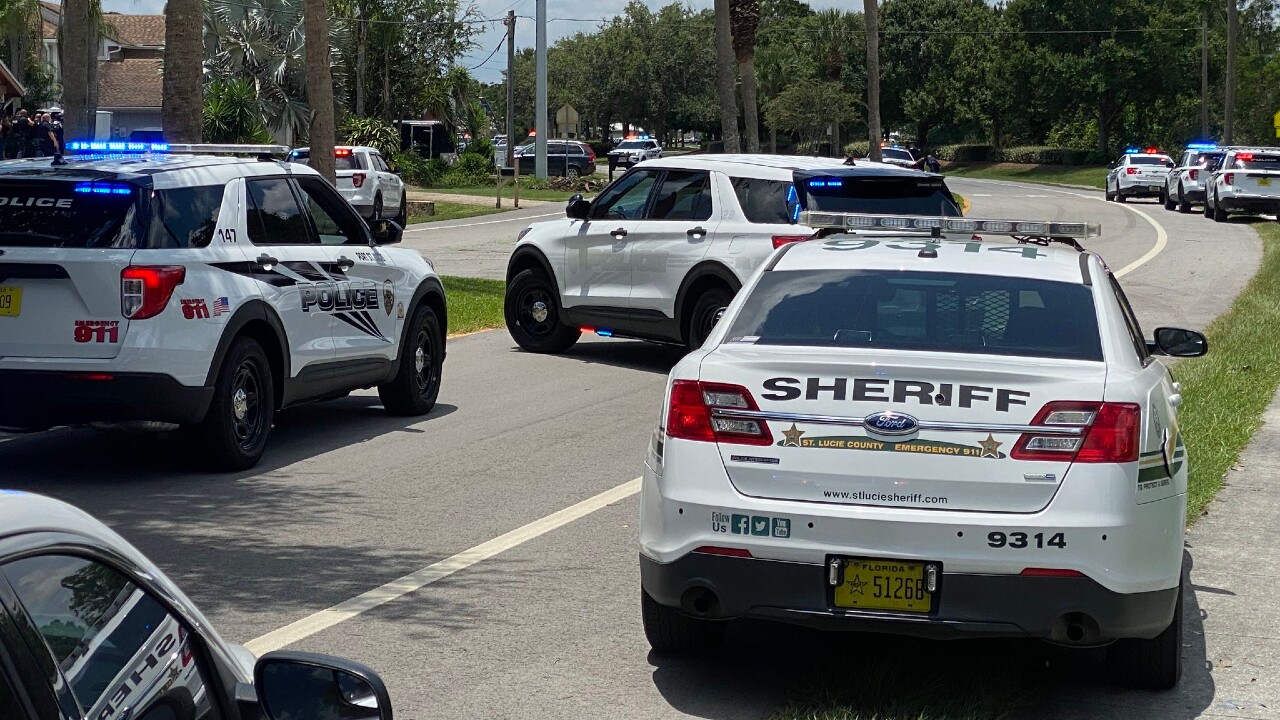 According to the Port St. Lucie Police Department, officers and St. Lucie County deputies responded to the 2500 block of SE Morningside Boulevard on Monday afternoon for reports of a shooting.

Police said that once authorities arrived, they found a man injured inside the garage. He later died from his injuries.

Officers and deputies made entry into the home and exchanged gunfire with the shooter, who is believed to be a neighbor. An officer was shot in the arm during the incident and suffered non-life threatening injuries. A second officer is being medically treated. According to the department, both officers are doing well.

Police said authorities found an injured girl, approximately 13 years old, inside the home and pulled her to safety. Paramedics took her to a nearby hospital, where she tragically passed away.

It's believed the victims are related.

A SWAT Team then made entry into the home and found the suspected shooter dead in an upstairs bedroom. It's unclear how the shooter died.

Police said two other victims were removed from the scene and transported to a nearby hospital. There is no information on the extension
of their injuries.

"If you heard this call come over the radio, it would make the hair on your neck stand," Sheriff Mascara said. "A little girl calls in saying, there's someone shooting in our house."

Police said a neighborhood dispute over the gunman's dog sparked the violence. The dog (named Roxy) had been declared dangerous in court earlier in the day, according to authorities.

Police and deputies blocked off the intersection of SE Morningside Boulevard and SE Greendon Boulevard, just blocks away from Morningside Elementary School and Southport Middle School, during the investigation.

Neighbors told WPTV's Ryan Hughes they heard several shots inside a home and saw a police officer walking away from the scene holding his arm.

.@PSLPolice has a large area blocked off around an active shooter inside a home on SE Morningside Blvd. Everyone being told to stay away from the area. Working to get more details. @WPTV pic.twitter.com/yk0RwEfXB2

The State Attorney’s Office is assisting with both investigations.

According to Port St. Lucie police, on July 7, 2020 at 12:39 p.m., Roxy's owner, Mrs. Delserro, contacted the Animal Control Office and stated she wished to surrender her dog as she was leaving town. She met with the animal control administrator and signed the appropriate documents, understanding that Roxy would be euthanized.

On July 8, 2020 at approximately 11 a.m., Roxy was transported to a veterinary clinic and humanely euthanized.