'It's something you never want to wake up to in the middle of the night,' said one baseball coach 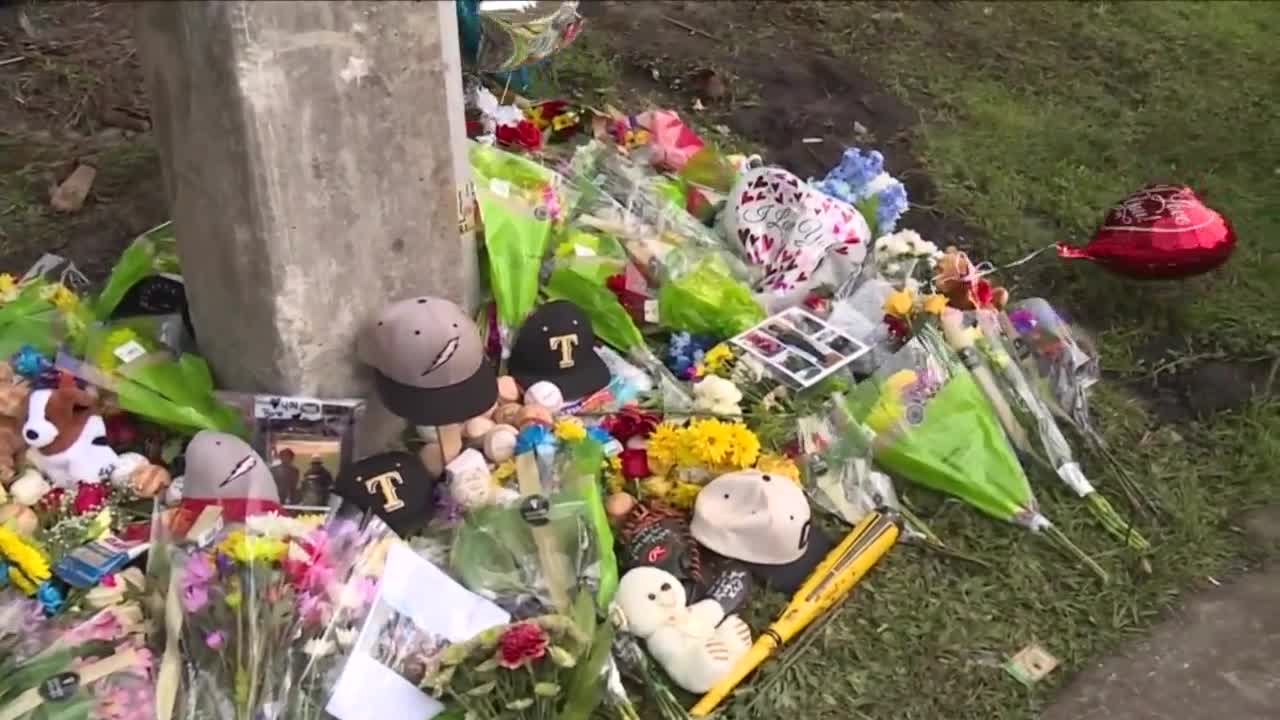 Officers say around 10:30 p.m., a grey Toyota struck a light pole near the intersection of California Blvd. and Heatherwood Blvd.

On Monday, police identified the deceased teens as Christian Bono and Nehemiah Turban, both 16. A 15-year-old unidentified teen in the car was taken to a local hospital with severe injuries.

Coaches at the makeshift memorial say two of the boys went to Centennial High School in Port St. Lucie.

The other baseball player went to Treasure Coast High School, according to one coach.

"It's something you never want to wake up to in the middle of the night and get the news on," said Robert Kemp, Assistant Baseball Coach, Treasure Coast High School.

Phillip Russ, Head Baseball Coach at Centennial High School, said the two teams are setting rivalries aside to come together and honor the lives of the boys who died and the one who is still hospitalized.

"Baseball is a game," said Russ. "This is more family. This is a community issue. This isn't a black and gold, this isn't a blue and red because we all bleed red and right now our community is hurting."

Russ said his players are struggling to cope with the crash.

"To have a high school kid wake up today and get the news that they lost a brother and have another one fighting, its tough," said Russ.

Port St. Lucie Police have yet to release the names of the boys but both coaches say all three were role models both on and off the field.

"First thing that comes to mind with that kid is speed," said Kemp. "He's a speedster, We called him the 'Ol Roadrunner. He could steal a base like that."

"He was a warrior on the field, off the field," said Russ. "He was the kind of guy you want to bring home and call your own."

Russ said he and Kemp are going to work to get their teams together on their own time so that they can try and find growth and positivity through something so tragic.