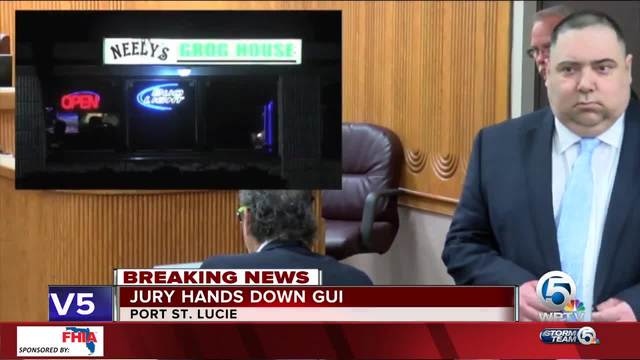 A jury late Wednesday found a Port St. Lucie man guilty of trying to kill another man outside a Port St. Lucie bar by setting him on fire. Ivan Rodriguez was found guilty as charged. The most serious charge, attempted first degree murder with a weapon, carries a life sentence. 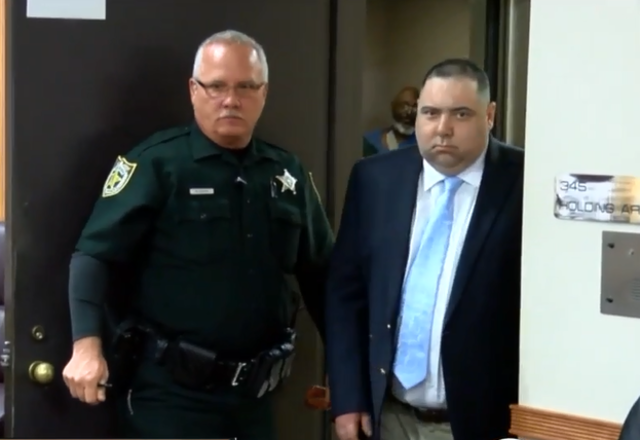 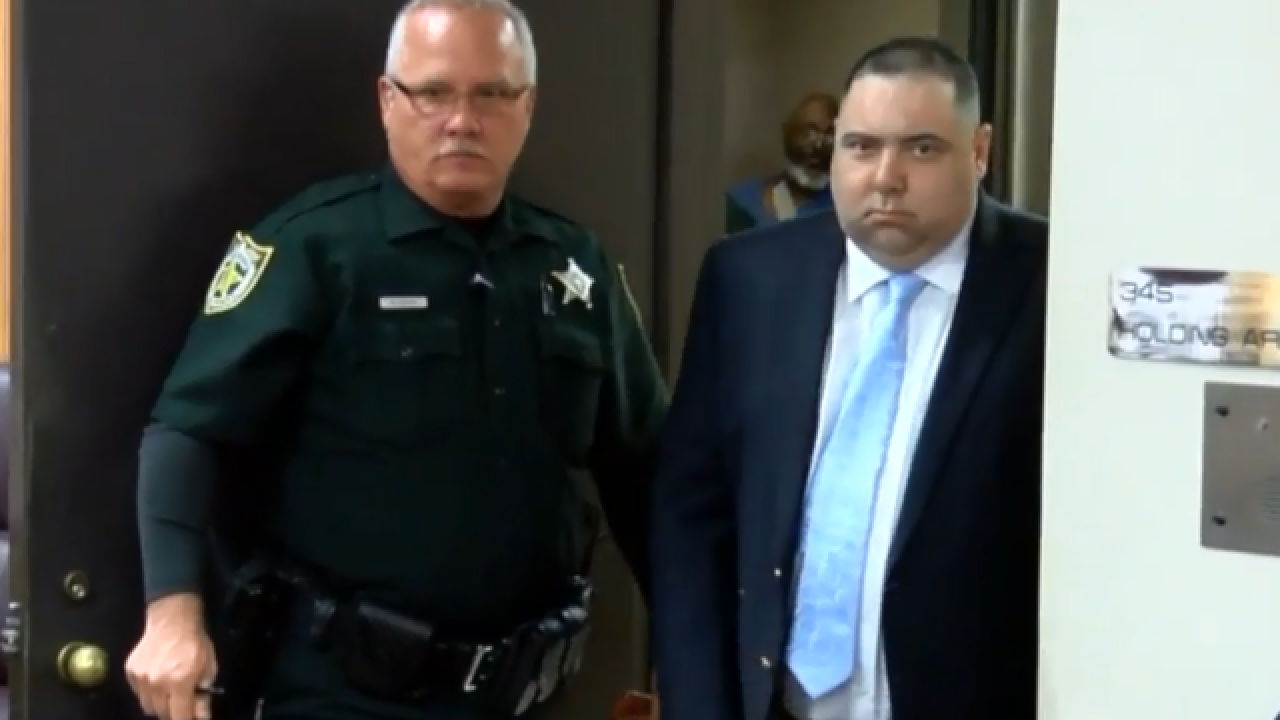 Ivan Rodriguez was found guilty as charged. The most serious charge, attempted first-degree murder with a weapon, carries a life sentence.

“Sitting between the two attorneys, blue tie," was Johnston's reply, pointing at Rodriguez.

Johnston and Rodriguez had an encounter at Neely’s Grog House in Port St. Lucie back in April of 2015.

Johnston’s wife, a bartender, had problems with Rodriguez that night. Johnston wanted to make sure Rodriguez left the bar before he did.

Rodriguez did leave the bar, but returned a short time later, tossing a cup full of liquid on Johnston.

It turned out to be gasoline.

As the two fought outside, Rodriguez lit Johnston’s shirt. Johnston became engulfed in a fireball and Rodriguez drove off.

Johnston suffered serious burns and had to undergo a number of surgeries, spending a month in a Miami hospital.

The day after the bar fight, Rodriguez was seen on a pawn shop surveillance video telling the manager he was planning to go out of town. In fact, Rodriguez left the country and was picked up nine months later in Puerto Rico.

Rodriguez’s mother and his then-girlfriend were sentenced to two years probation for being an accessory after the fact by sending him money while he was in Puerto Rico.