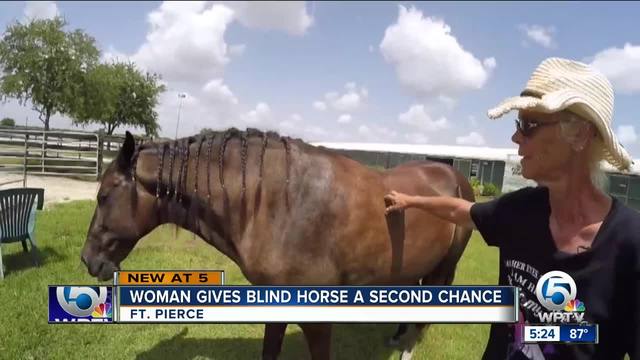 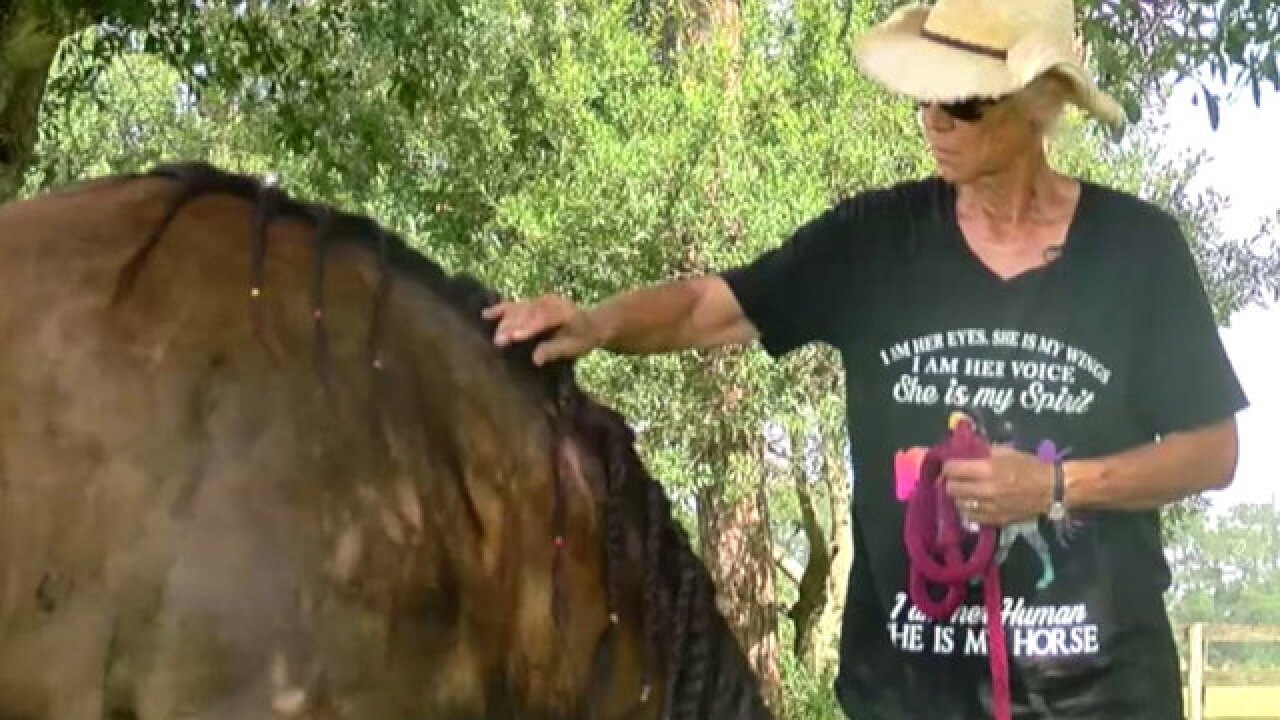 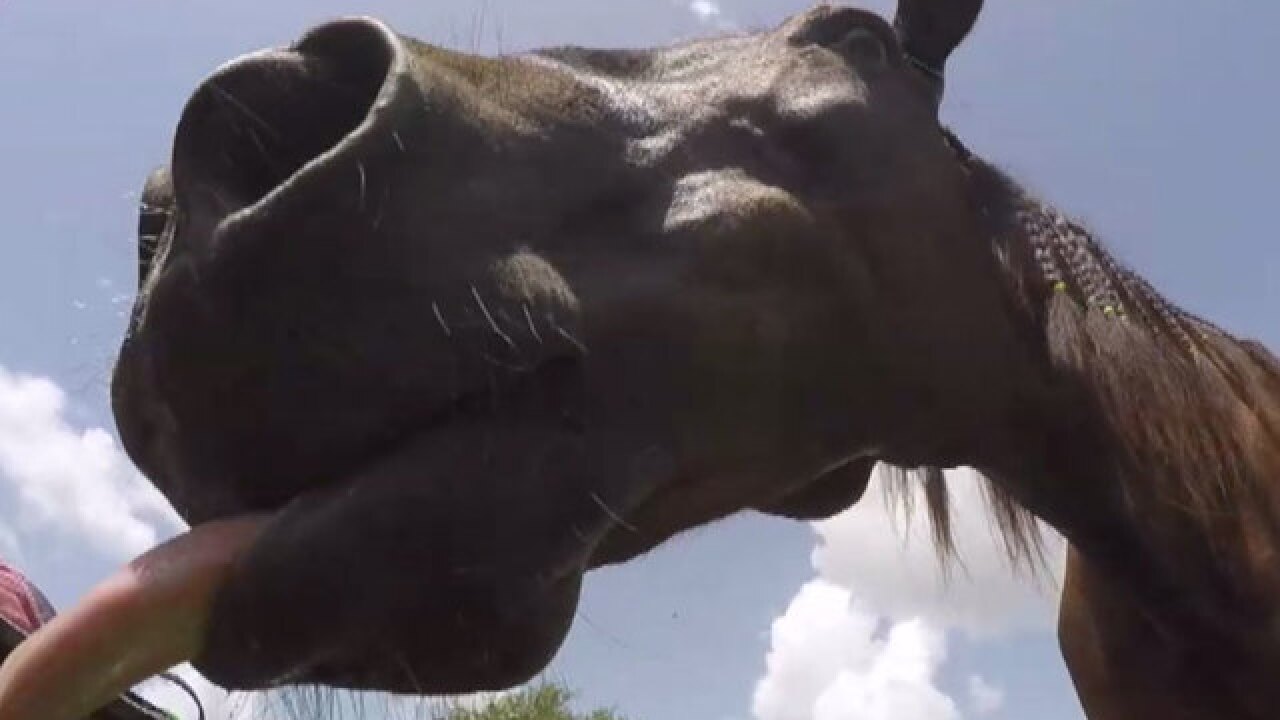 For Janet Wallace there's a recipe for a lasting friendship.

"It's trial, respect, understanding, safety and tenderness," she said.

Her best friend is "Miracle," a brown 18-year-old horse. They walk together and sometimes Wallace even braids her hair. For eight years they've been inseparable.

"It was just like you see in the movies, that ray of sunshine coming down you know. And that was it, I fell in love with her," Wallace recalled.

But her miracle was once others nightmare.

"He of course was screaming I should of put you down years ago she's crazy get me a dart, I'll dart her right now because her being so wild people just didn't know what to do with her," she said.

While others saw a weak, malnourished and disobedient horse. Wallace saw a friend, but her companion would never be able to see her.

"Honestly did not know what I was going to do with a horse not having professional training with a horse and much less a blind horse," she said.

So, she slowly started working to build trust. Relying on Miracle's other senses to communicate and keep her calm.

"I got on her, and we did the barrels and she thought wow this is fun," Wallace said.

Soon after, word of the talented blind horse got around and Wallace was asked to compete with Miracle.

"And she was just prancing like she owned the joint," she recalled.

Now, six months and a dozen ribbons later this pair is proof sometimes all you need is a second chance.

"I wish I was as strong as her and you know life gives you lemons you make lemonade. Well with Miracle we made sangria," Wallace said.