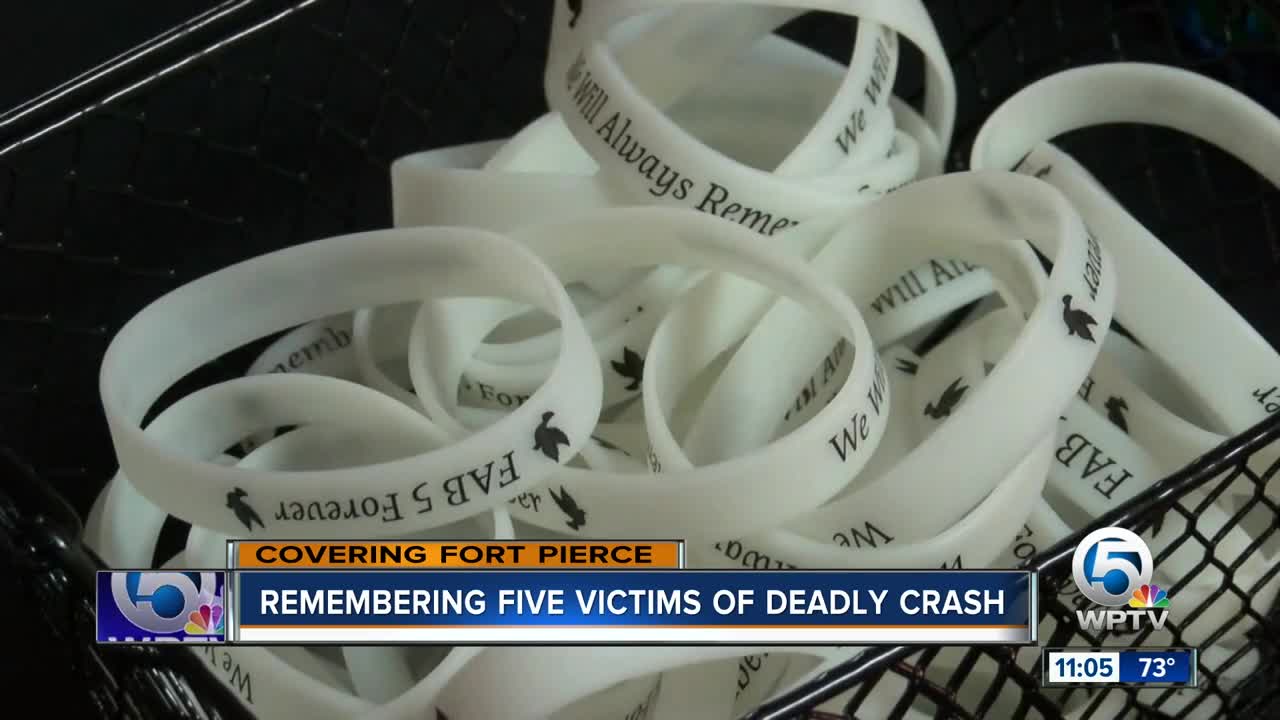 Five young people killed in crash one year ago in Fort Pierce remembered.

PORT ST. LUCIE, Fla. — One year after a deadly car crash at a St. Lucie County intersection killed five people, friends and family gather to remember and honor their lives.

On Nov. 23 2018, five friends ranging in age from 16 to 21 were killed at the intersection of South 25th Street and West Midway Road after another car crashed into the one they were traveling in, causing it to go up in flames.

“Yes it’s been very tough on us, but we’ve gotten by with love, prayer,” said Anthony Victor’s aunt Shirley McCormack.

“It’s a symbol that this tragedy happened and the community has come together, it’s not just one family, it has impacted many lives,” said Deverley Douglas.

Tanner Ray Dashner, the driver of the pickup that crashed into the victims' car, was 21 years old at the time. He’s currently awaiting trial facing charges that include five counts of vehicular homicide and five counts of DUI manslaughter.

Here is the original story on the crash: