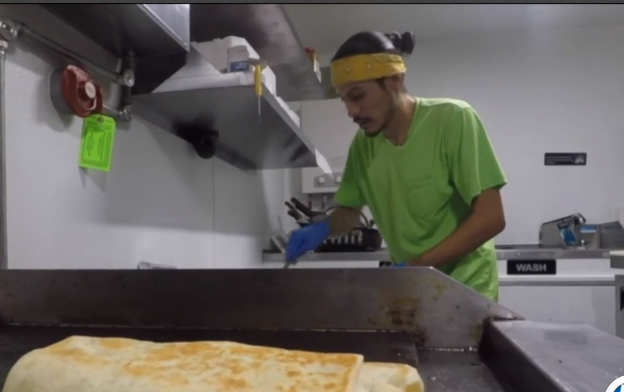 FORT PIERCE, Fla. — Local food truck owners say they are one step closer to getting more opportunities to serve food in Fort Pierce.

Last month, two food truck owners announced they were suing the city of Fort Pierce to try to get the city to reverse a ban on food trucks within 500 feet of other restaurants or establishments that serve food.

Thursday, Judge Lawrence Mirman of the 19th Judicial Circuit in St. Lucie County denied the city of Fort Pierce’s motion to dismiss the challenge to the law.

This means the fight is not over for food trucks.

"They said no, you’re going to fight it out. We need to know why you don’t want these food trucks,” explained food truck owner Benny Diaz.

The food truck owners argued the law was unfair and violated their right to make an honest living.

The ban was put into place in 2014, protecting established brick and mortar restaurants.

Benny Diaz owns the Taco Trap food truck and said the judge’s decision was worth celebrating as one step forward.

Diaz explained currently, he cannot operate within that 500 feet limit even if he is invited by a business to partner with them and serve food for them, such as a brewery. “If I got invited to a brewery downtown to sell food for a promotional event, you can’t be within 500 feet of another facility that has food and beverage. 300 within a church. You’ve got six to seven within each block,” Diaz said.

Being able to operate more easily in Fort Pierce, Diaz said, would help him have more opportunities to build his business.

He can serve food if he is granted a special event permit. Diaz said approval of that permit, however, is not guaranteed and it can cost him hundreds of dollars.

“I don’t have any intention of just pulling up in front of someone’s business and just opening my window, that’s ridiculous.”