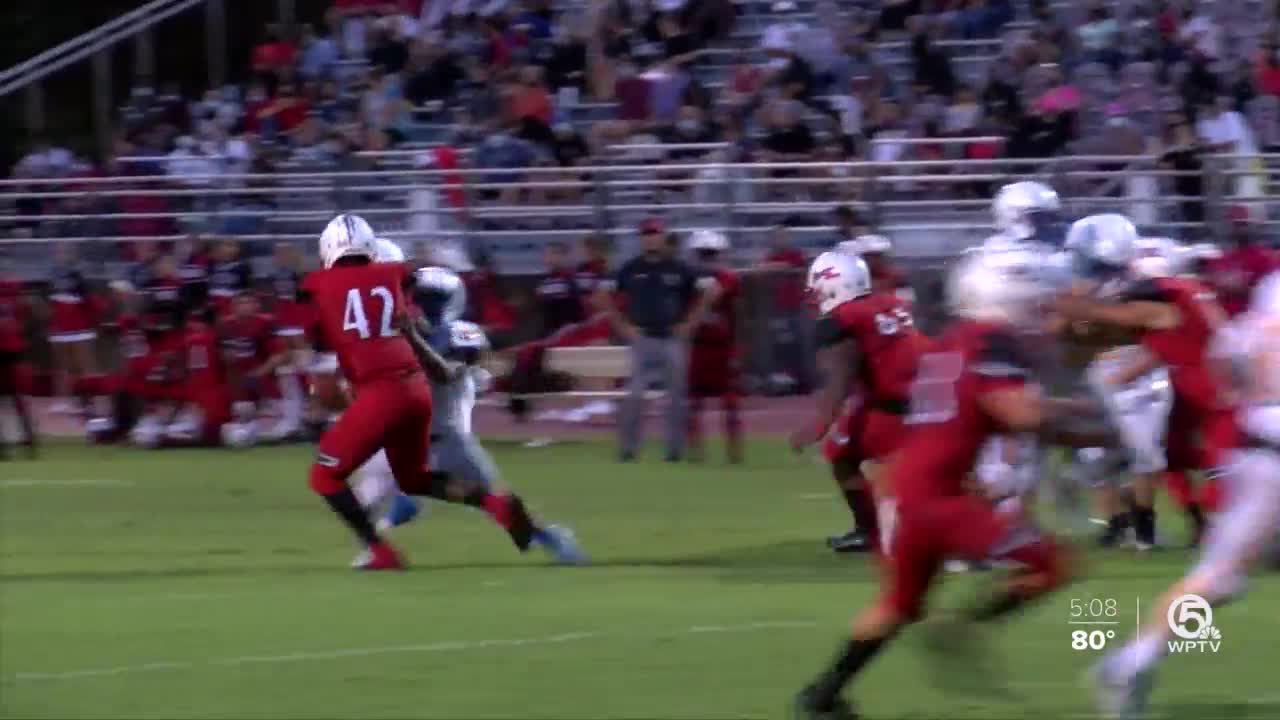 John Carroll Catholic Highschool is taking a break from tradition to host its first senior night at the beginning of the season on Friday.

FORT PIERCE, Fla. — John Carroll Catholic Highschool is taking a break from tradition to host its first senior night at the beginning of the season on Friday.

Senior night is typically held during the last game, but the pandemic has caused a lot of uncertainty, and disappointments.

Head coach and athletic director Mickey Groody said this is a chance to really celebrate his seniors and give them them the proper send off they deserve.

"I mean just with everything they have gone through a lot of my guys are dual sport athletes playing baseball as well. Their baseball season got cut short and this season got shortened so just to honor them in any fashion that we can is going to be great. Doing it the first game because you don't know whats going to go on but we want to get it done next game, definitely get these guys honored for sure," Groody said.

The festivities will take place during Friday's home opener against Okechobee Highschool.

Kick off is set for 7 p.m. Tickets are sold out, but the game will be streamed online.

Coach Groody said one of those being honored tonight will be quarterback Jay Allen, who has been with Groody every step of the way.

"It’s going to be emotional. I try to say its not going to be or act like it is but his whole group has been the foundation. They’ve with me all here since I’ve been here. Laid the foundation for what we are doing. I think we are putting something together real special here at John Carroll," Groody said.