Two food truck owners are suing the city of Fort Pierce over a 2014 law that restricts where they can operate their business. 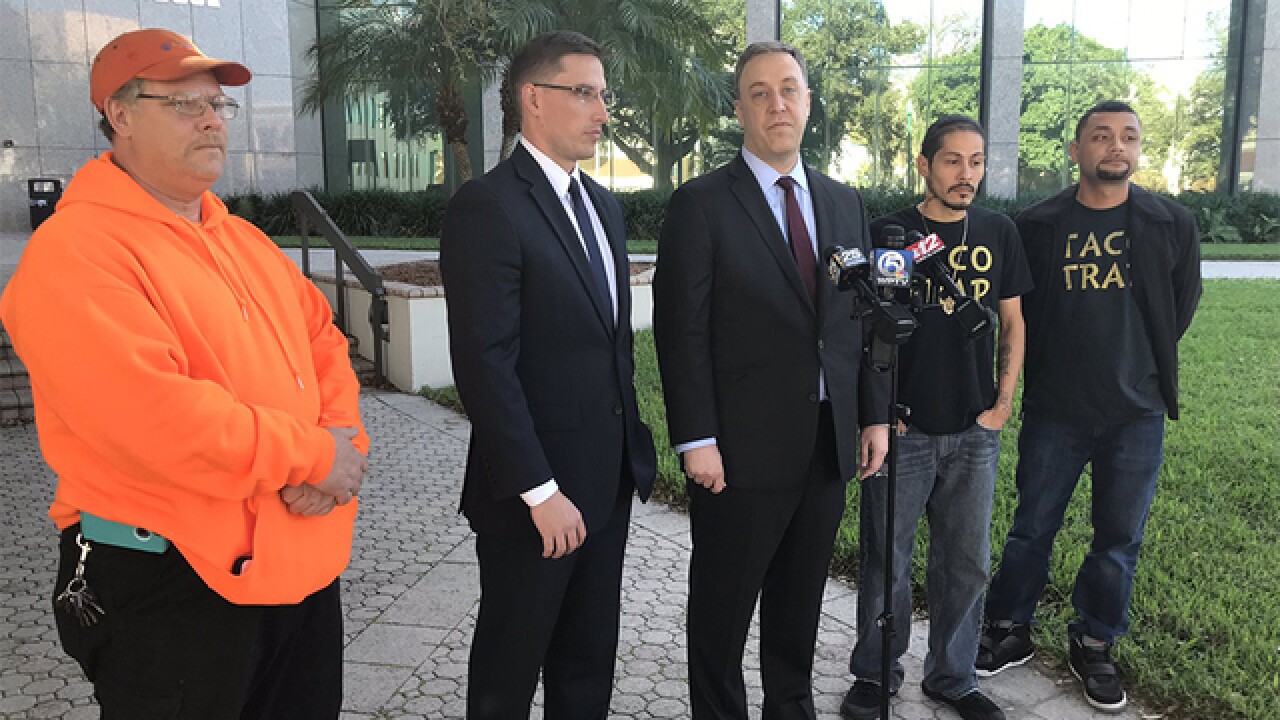 Two food truck owners are suing the city of Fort Pierce over a 2014 law that restricts where they can operate their business.

The lawsuit was filed Thursday morning and the city has 20 days to respond.

Attorneys Justin Pearson and Dane Stuhlsatz with the Institute for Justice are representing Taco Trap owner Benny Diaz and Creative Chef On Wheels owner Brian Peffer in their fight against the city.

They are not looking for a payout, only asking for $1 in damages.

Rather, they want to see a ban repealed that currently restricts where they can set up their business.

The law in Fort Pierce states that food trucks cannot operate within 500 feet of a building that sells food.

Pearson said that includes restaurants as well as places like convenience stores. At a news conference Thursday, he said the city "is not allowed to hurt food truck owners to benefit restaurants."

The main concern is in downtown Fort Pierce, where the food truck owners say businesses have invited them to set up shop, but they couldn’t because of another restaurant or business nearby.

They said they want to go where the people are, but there are no locations they can operate in the downtown area.

Benny Diaz said this limits his business from reaching the community, and he does not have this issue in neighboring cities or unincorporated areas of the county.

He and Peffer want the law to be declared unconstitutional so they can operate their business in the downtown Fort Pierce area, and with the same freedom other businesses have.

The city said it does not have any specific information on the lawsuit so it can't release a statement.

It said if vendors do not meet the general regulations (like operating closer than 500 feet to a restaurant) they would need to request a waiver of distance which would go before the city commission for their decision.

The city said it appears four mobile food trucks have applied for a waiver of distance to the city commission since 2016.