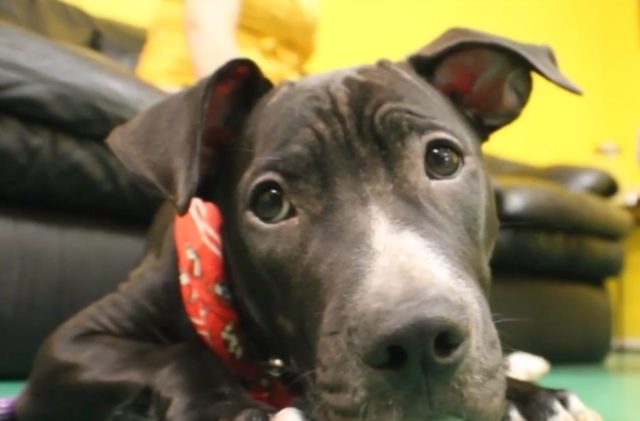 Ace, a pit bull mix puppy, is up and walking at his foster home in Fort Pierce. 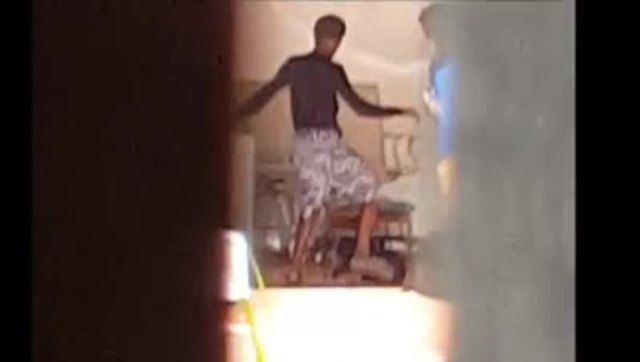 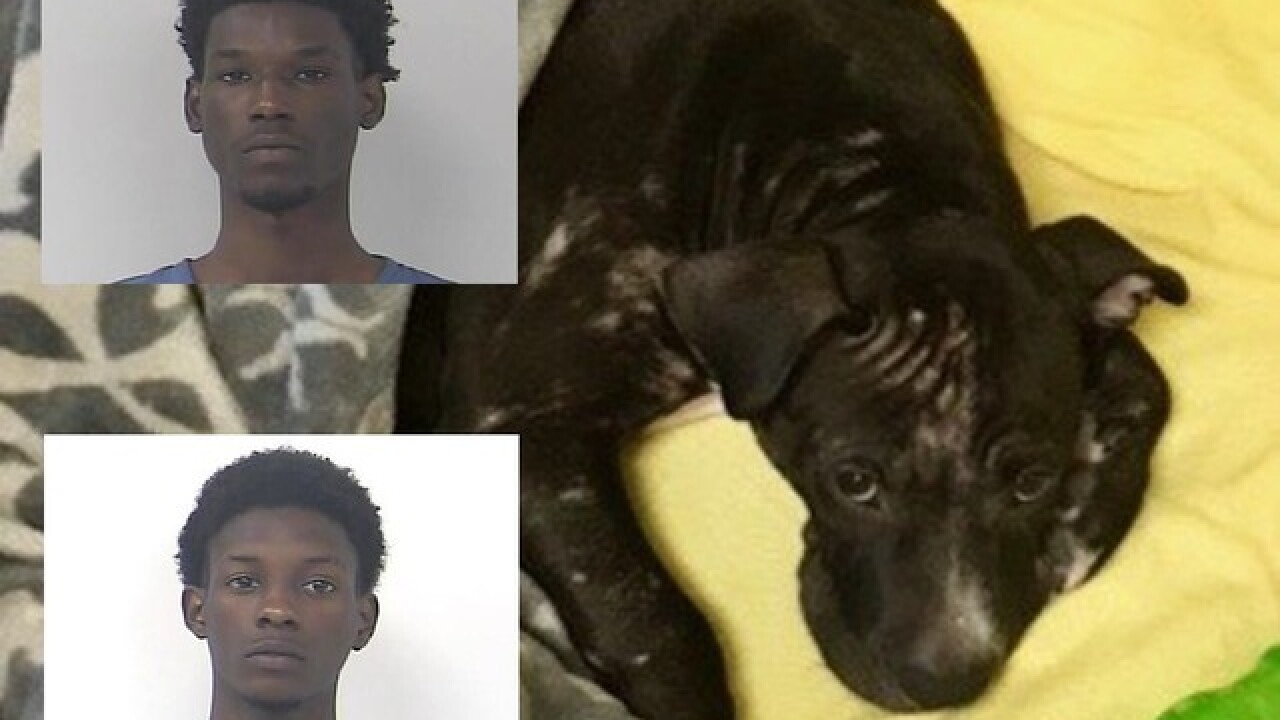 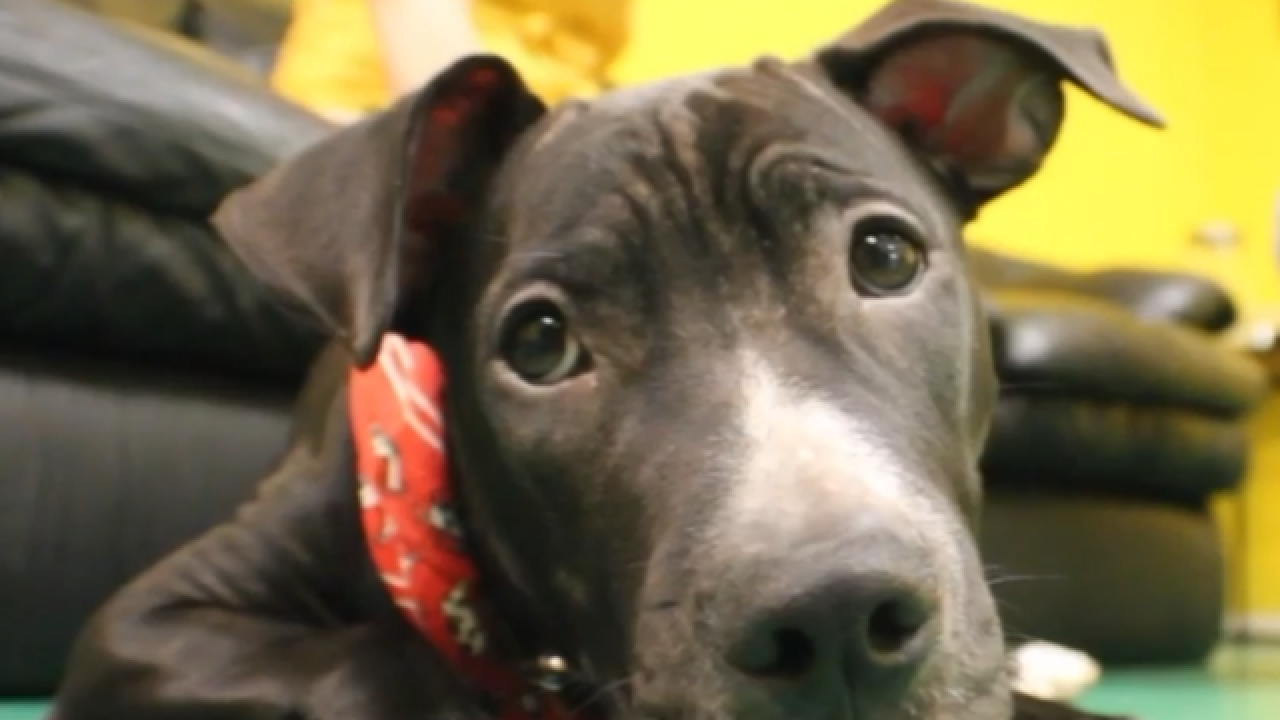 Ace, a pit bull mix puppy, is up and walking at his foster home in Fort Pierce. But just weeks ago, he underwent orthopedic surgery for a broken hip after investigators say his owner punched and kicked him.

A witness called police on Dec. 11 when he says he watched Edmond and Eglaus physically assault the dog. The witness pulled out his phone to capture the incident near the 1000 block of Jamaica Ave.

“Edmond picked up the dog and slammed it,” the witness told WPTV. He asked to remain anonymous since the case is still pending.

The dog moves out of frame in the video but Edmond can be seen bending down and swinging his hand several times.

The dog’s head reappears quickly in the video. Edmond then holds the dog by its collar, yanking it up and slamming it down.

A second man, whom investigators say is Eglaus, is seen watching and filming the incident on his phone.

Officers arrived on scene to question the men. The officer said in a report that Edmond at first told him the dog pooped in his garage so he spanked it on its back. The dog was lying in the grass when officers checked on him.

The officer called Ace but he did not get up. An officer reported helping Ace stand up but his legs were shaking and he had trouble standing.

Then, Edmond said the dog jumped out of his car window and got injured. He said he took the dog to a clinic but was denied service because he didn’t have money.

Eglaus and Edmond were placed into custody at the time. Eglaus told officers he saw Edmond punch and kick his dog, the arrest report states.

Officers brought Ace to Rescue Adoption in Fort Pierce who provided him with care.

“He has such a kind nature," said Dagmara Monsalve, president of Rescue Adoption.
His injuries are masked by his playfulness and energy at his foster home.

“He was really in bad shape physically and mentally,” Monsalve said. “He could not walk, he could not put any pressure on that spot.”

Monsalve said she couldn’t bear to watch the video. She decided to personally foster Ace during his recovery from hip surgery.

“He couldn't walk, he could not put any pressure on that spot.”

She hopes Ace’s story serves as a reminder to others to report abuse.

“He’s the lucky one. A lot of time people don’t speak up, don’t report, don’t make that phone call."

Edmond was arrested on the scene and booked into the St. Lucie County Jail. He was released on bond and is expected back in court in February.

Eglaus was initially released but was arrested on January 21 after a warrant was issued for his arrest.