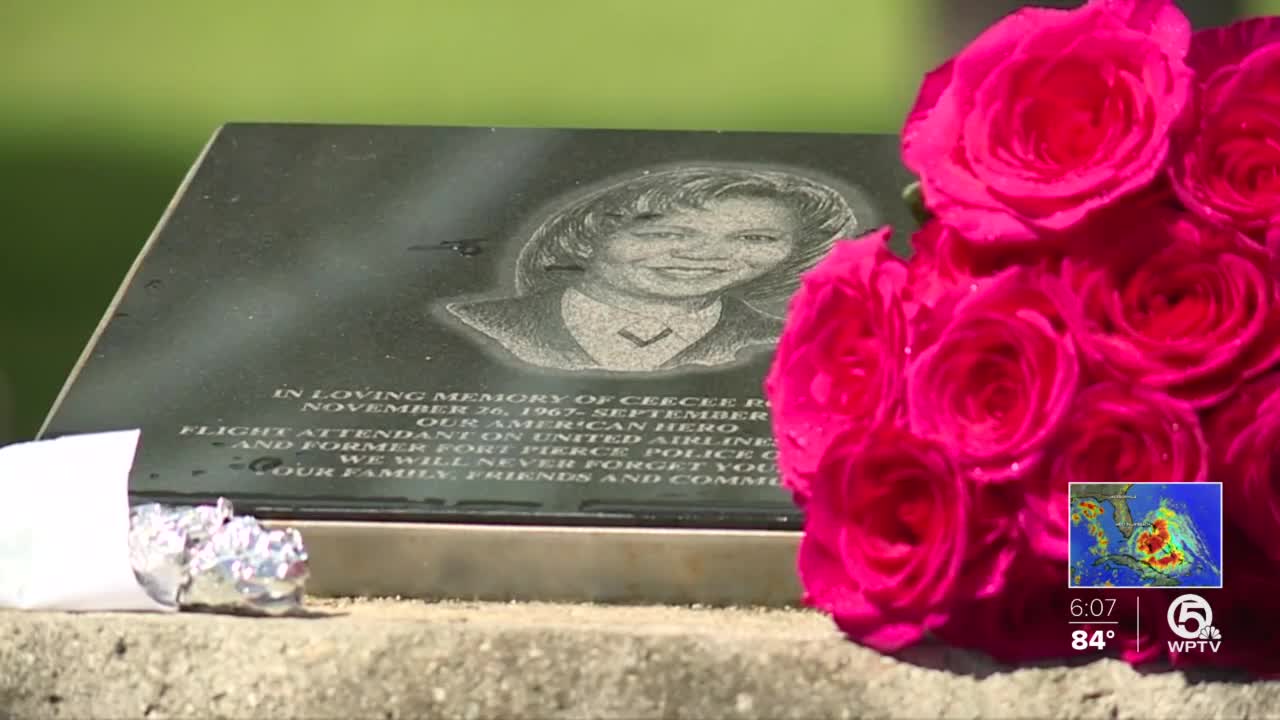 Nineteen years after terrorists attacked the United States, the community honored the people who lost their lives on Sept. 11, 2001.

FORT PIERCE, Fla. — Nineteen years after terrorists attacked the United States, the community honored the people who lost their lives on Sept. 11, 2001.

Despite smaller gatherings due to COVID-19, firefighters, law enforcement officers, and family members of those who died in the attacks were among those who paid their respects on Friday, some doing so virtually.

People have been drawn for years to pay tribute to CeeCee Ross Lyles, a Fort Pierce woman who was on United Flight 93, at a statue designed in her honor in Fort Pierce.

"We were right in the action in Pittsburgh, so I have an affinity for all of those who were lost that day," Dzadovsky said. "It’s a very difficult day. The fact is thousands of people died that day and it’s very raw even 19 years later."

Watson described Lyles as a selfless, hardworking, community-oriented person. She was previously a Fort Pierce Police officer. She was killed when she was 33 years old. Today, she would have been 52. Her children now have children.

"CeeCee gave her all in whatever she did with her family, her children, her marriage, and 9/11," Watson said, adding she is confident Lyles would have tried to fight back.

Dzadovsky said there are also people worth honoring who survived, but their lives were forever changed by the 9/11 attacks.

"We still see many many individuals dying because of the after-effects of the buildings falling. So this will never go away. We will never forget," Dzadovsky said.

First responders also laid wreaths at Clover Park and the 9/11 memorial at the Mid Florida Civic Center in Port St. Lucie on Friday