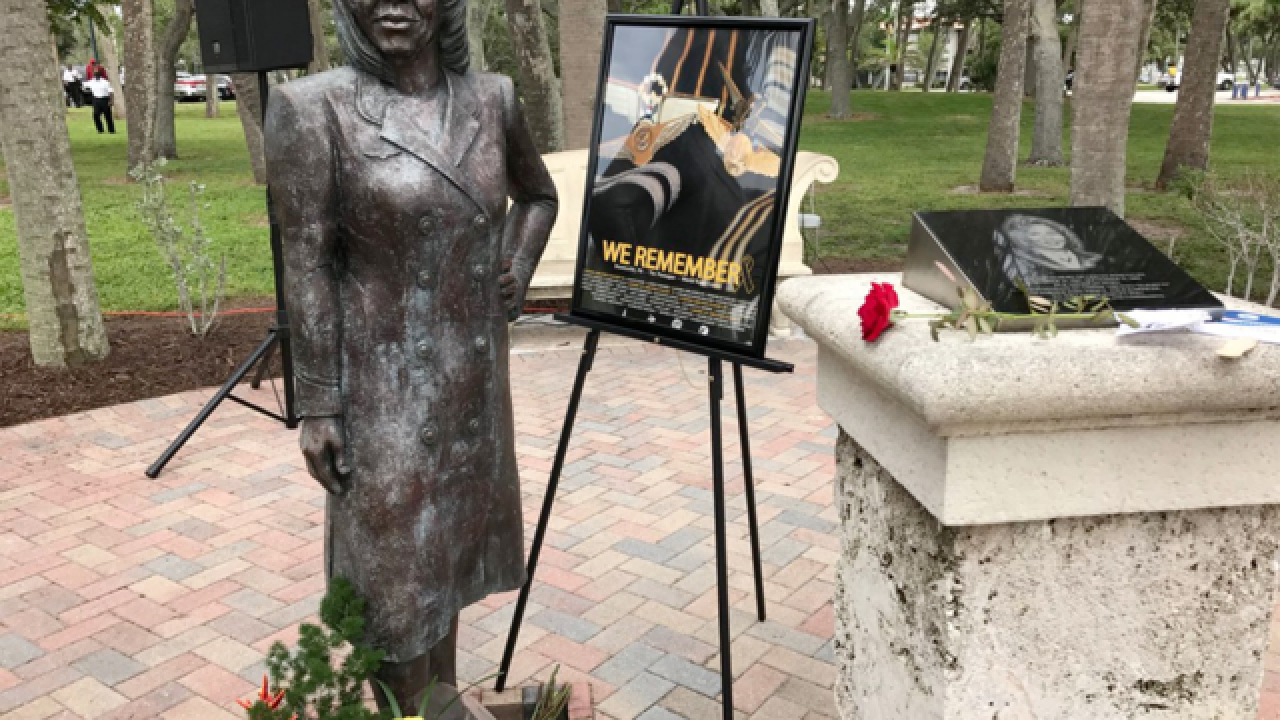 Copyright 2018 Scripps Media, Inc. All rights reserved. This material may not be published, broadcast, rewritten, or redistributed.
&lt;p&gt;Friends and family gathered by the Indian River in Fort Pierce Tuesday morning to pay tribute to Cee Cee Ross Lyles.&lt;/p&gt;

She was a flight attendant on board United Flight 93 on 9/11 that crashed in Pennsylvania.

Before embarking on a career in the skies, Lyles was a detective with the Fort Pierce Police Department.

"She was a good person and cared about people and wanted the best for people.  I'm just glad people are still interested to celebrate her life," said her brother Tony Ross.

"There isn't a day that goes by that I don't think of my fellow crew and how brave they were that day," said friend Jerome Sangalli.

As part of Lyles's legacy, a graduating senior at Fort Pierce Westwood High is honored with the Cee Cee Ross Lyles Memorial Scholarship.

Tony Ross, brother of Cee Cee Lyles, talks about his sister, who was flight attendant on Flight 93 #911remembrance@WPTVpic.twitter.com/c6u5j5GyaB