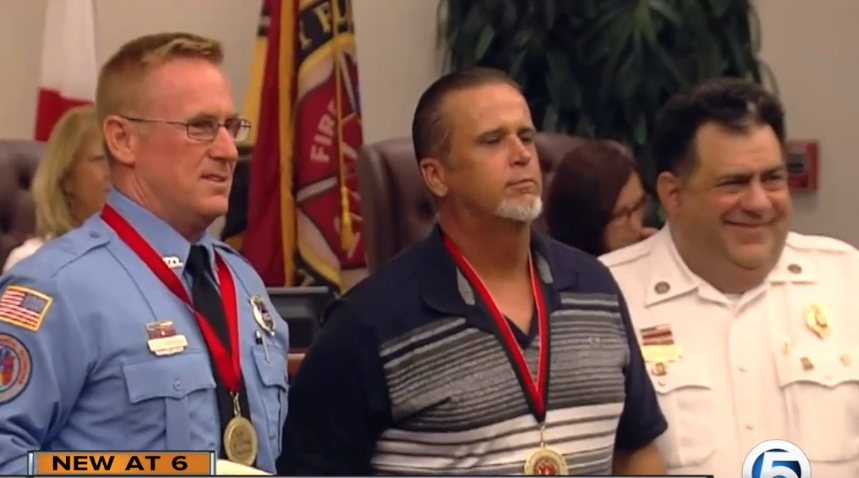 A good Samaritan is honored for his brave act of saving someone from a burning vehicle. 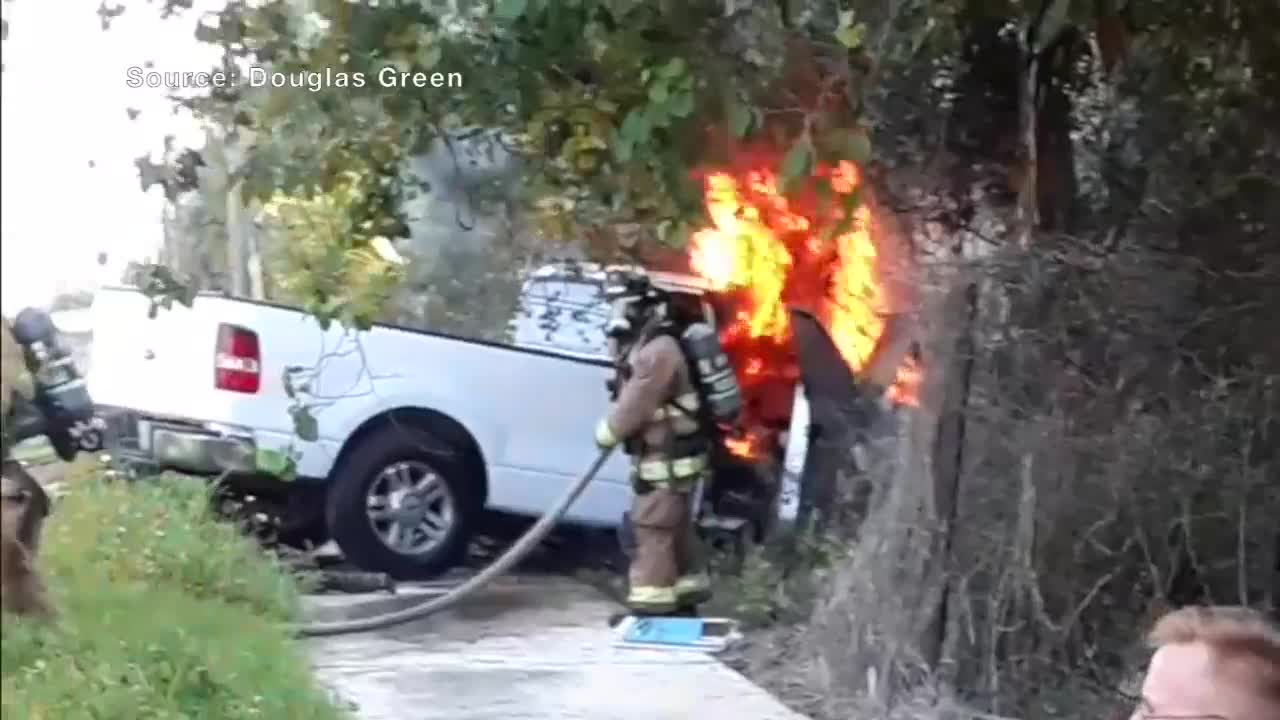 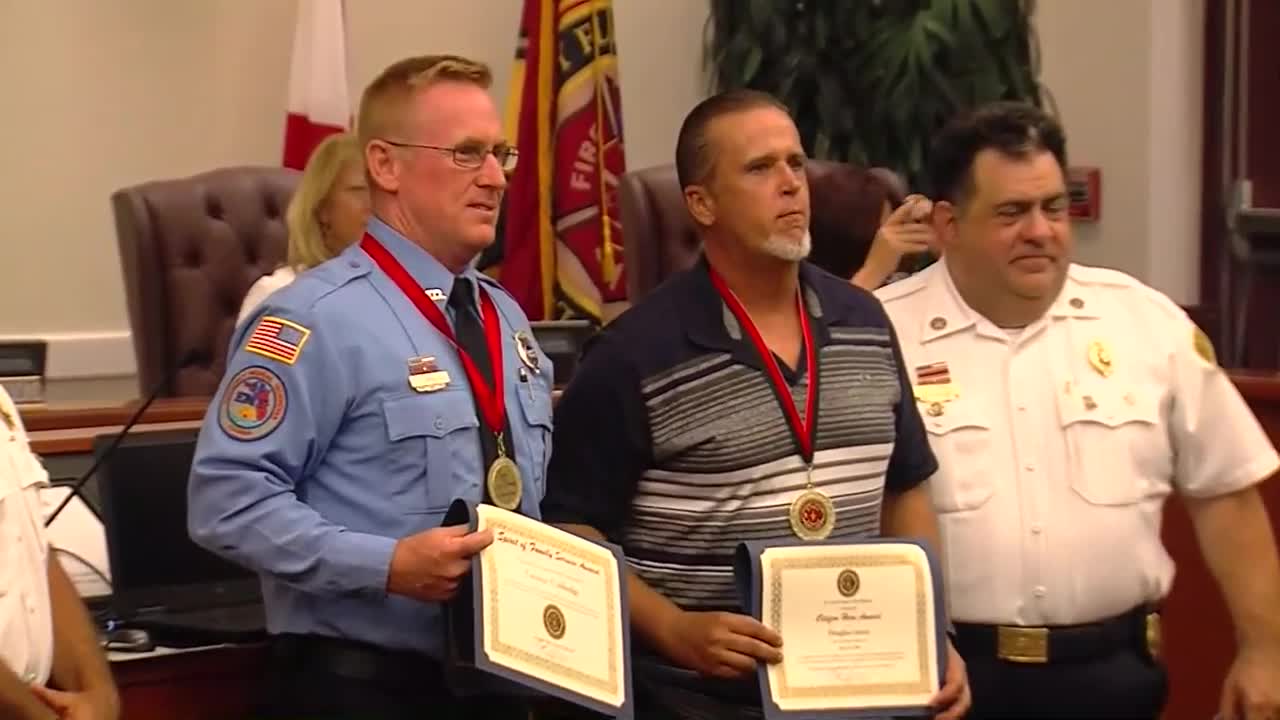 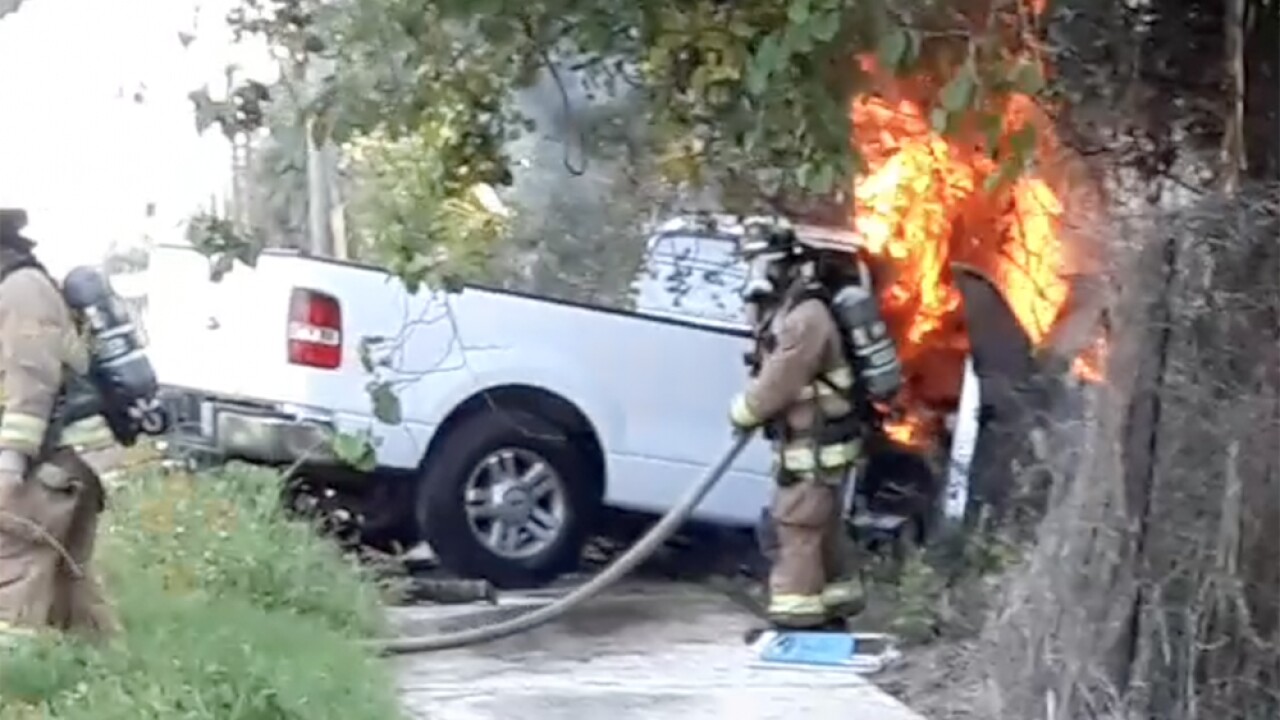 ST. LUCIE COUNTY, Fla. — A brave civilian and firefighter were honored on Wednesday after their heroic actions saved the life of a woman in a burning pickup truck.

The St. Lucie County Fire District said the vehicle exploded in flames after crashing on the morning of May 29 in the 800 block of S. Jenkins Rd.

Douglas Green, an electrician, said he and a co-worker spotted the truck on fire while they were heading to a service call.

With time on the line, Green said they rushed out of their vehicle, used a sledgehammer to bust out a window on the pickup truck, and hosed the flames down with a fire extinguisher.

In an incredible twist of fate, an off-duty firefighter who was on his way home from a 24-hour shift came upon the scene and raced in to help.

Working together, Green said he, his co-worker, and that firefighter yanked a door open on the burning truck and pulled the female driver to safety.

"It was her lucky day, that's all I can say," Green told WPTV on Thursday. "If it wasn't for the off-duty firefighter, who knows, she may not have made it."

Green said the men tried to get the victim as far away from her vehicle as possible in case it exploded.

Fire officials said the woman was taken to the hospital with serious injuries, but survived thanks to the brave and quick-thinking actions of the men.

"I have been wondering about her and how she's doing," said Green, who added that he hasn't spoken to the victim, but her husband called Green and thanked him for saving his wife's life.

"If these folks didn't jump out and initiate what they did, I can assure you this turnout would've been very different," said Fire Chief Nate Spera at Wednesday's ceremony.

Green said his co-worker who helped rescue that driver wants to remain anonymous.