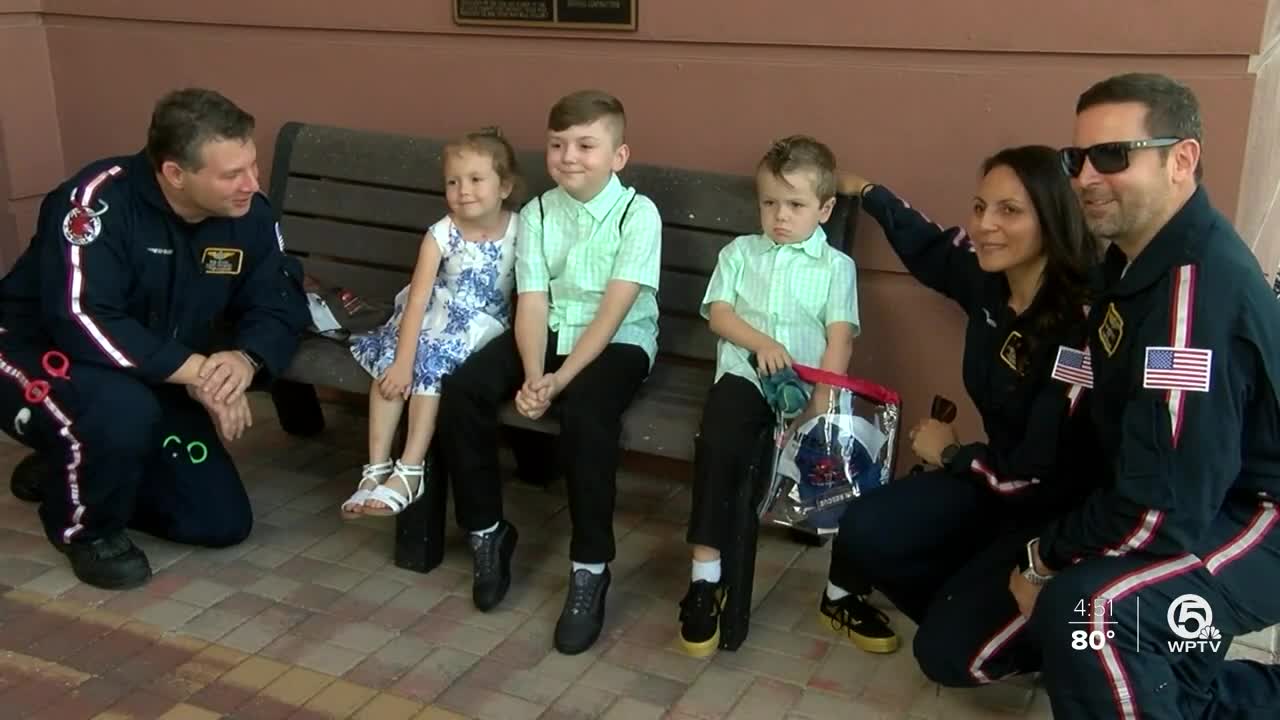 A boy was reunited with the rescuers who saved his life three years ago.

PORT ST. LUCIE, Fla. — On Wednesday, a boy and his family were reunited with the St. Luce County rescuers who saved his life more than three years ago.

Late at night on Nov. 16, 2016, the Carter family was heading home to Palm Beach County from Disney World when they were involved in a multi-vehicle accident on Florida’s Turnpike in St. Lucie County.

Now, the family is now living in Georgia and traveled to St. Lucie County to personally thank first responders who helped them.

“I am very grateful for you because you helped me, my mom, my dad, my brother and sister through that car accident three years and ago and I’m very grateful,” said Kieran Carter, who was 6 years old when the crash occurred.

First responders also gave Kieran a tour of the same helicopter that was used to rescue him on that day.