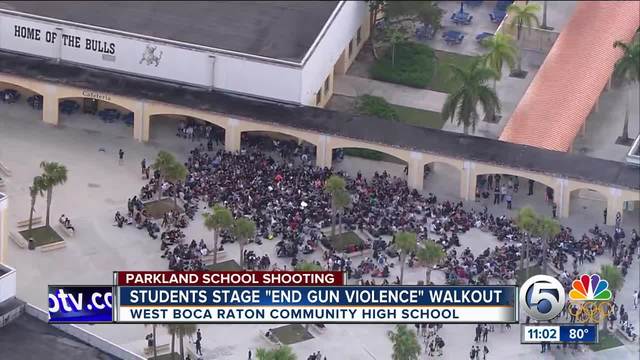 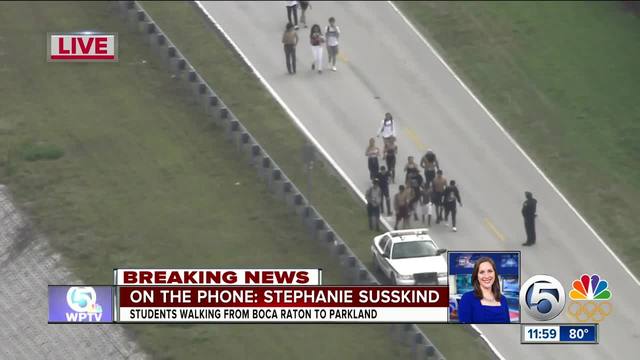 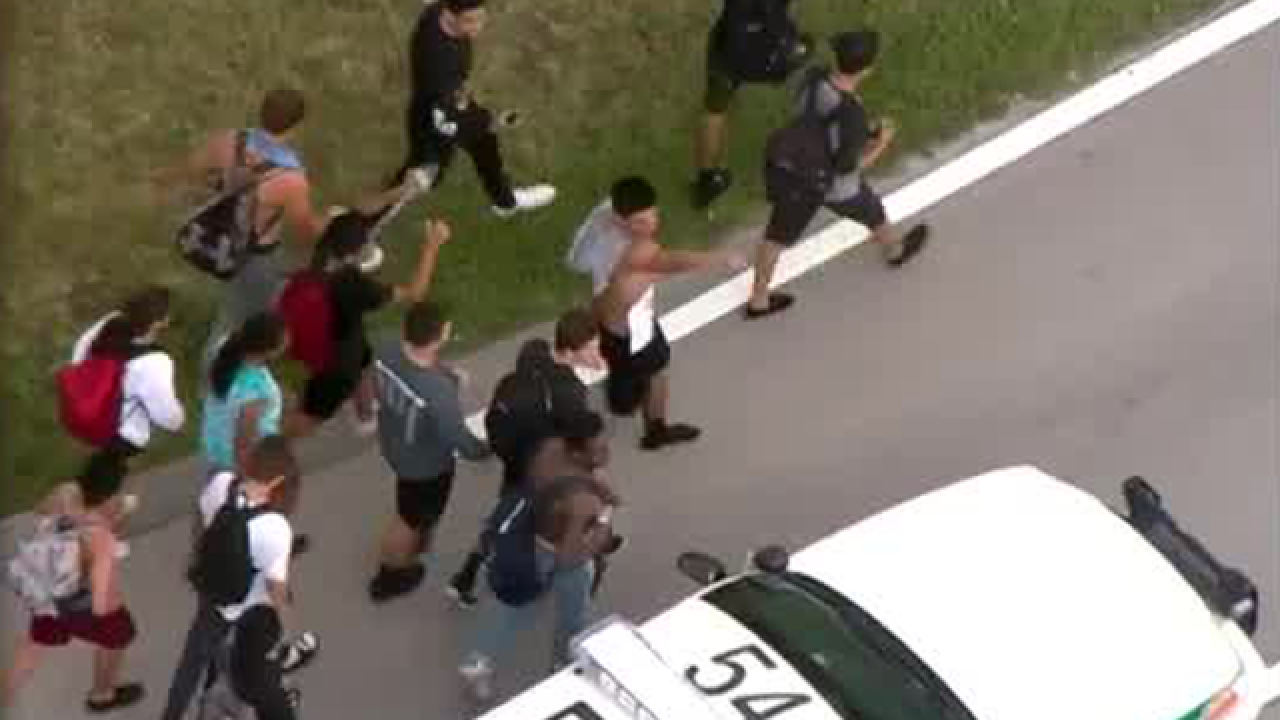 Hundreds of students at West Boca High held a protest against violence in the school courtyard Tuesday until someone opened a door and many began to walk out.

One student said there was supposed to be 17 minutes of silence for the victims of last week's shooting at Marjory Stoneman Douglas High School.

Instead, some students began walking to the Parkland school.

It's unclear what their plans are once they get there.

The Palm Beach County Sheriff's Office has been patrolling the area to make sure the students are safe.