South Florida driver survives metal smashing through windshield on I-95

'We know that God protected him,' wife says 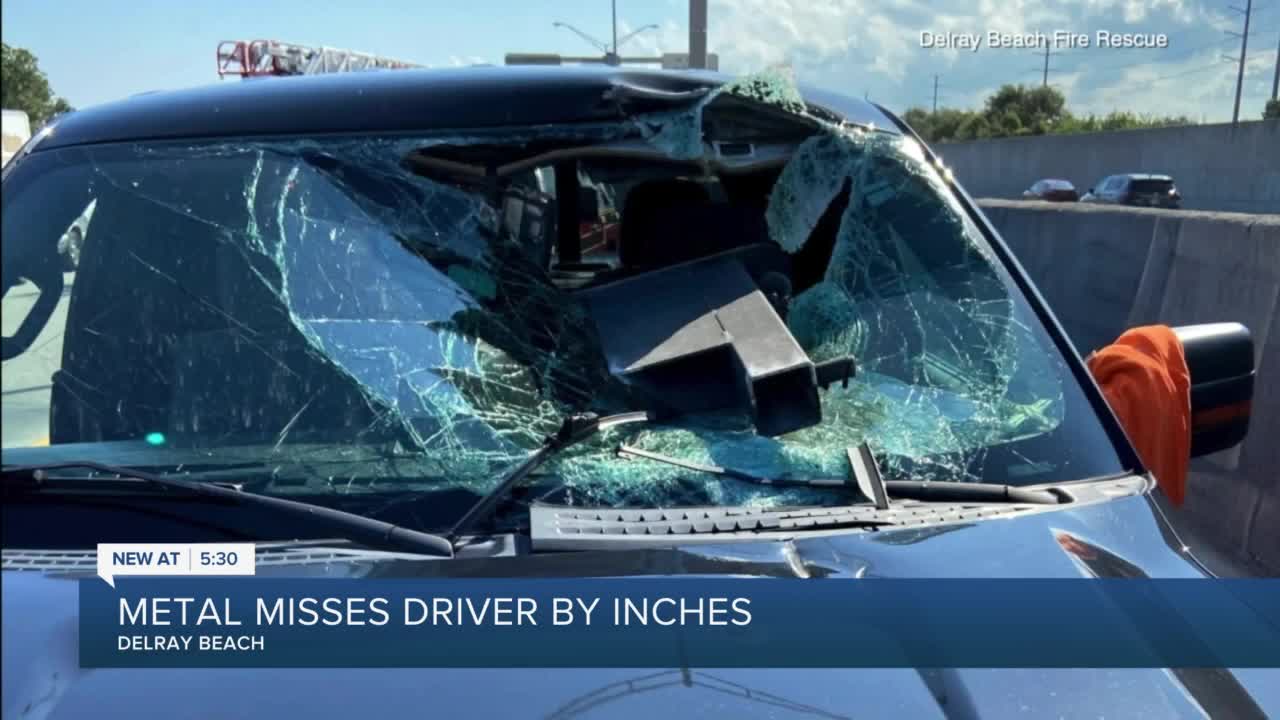 A South Florida driver recounted the terrifying moments a piece of metal smashed through his windshield while driving on Interstate 95, missing him by inches. 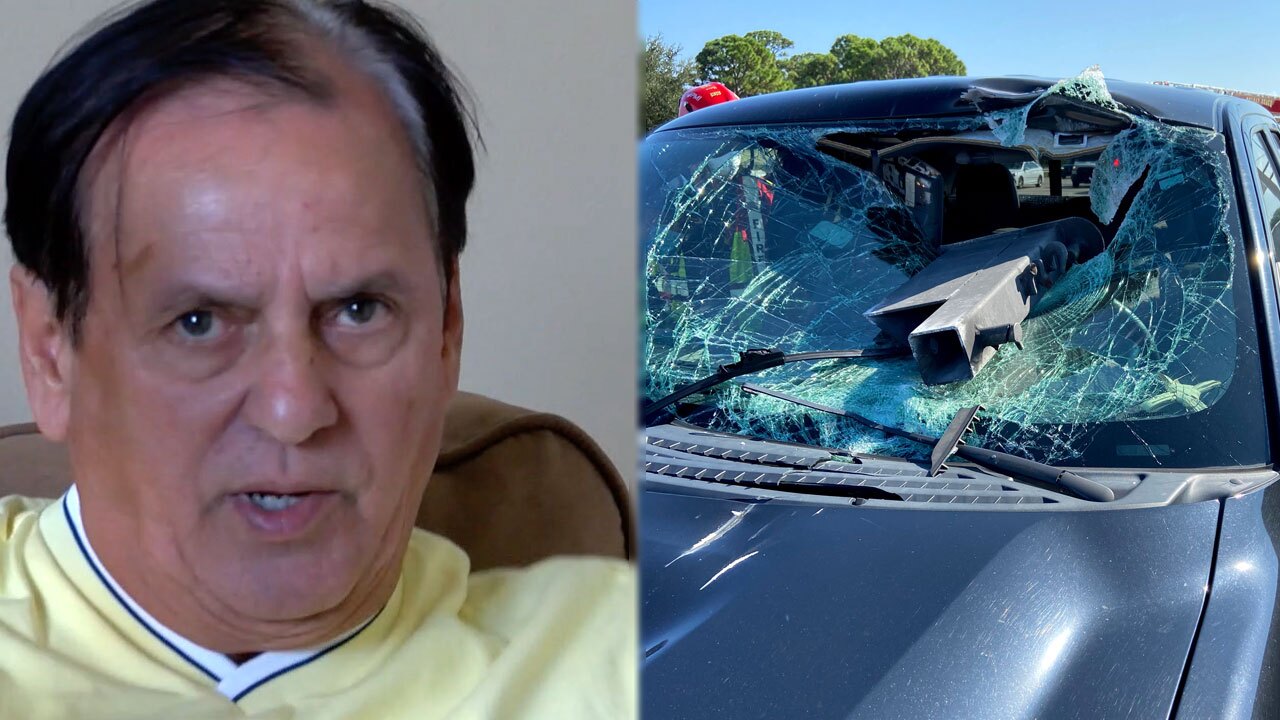 DELRAY BEACH, Fla. — A South Florida driver recounted the terrifying moments a piece of metal smashed through his windshield while driving on Interstate 95, missing him by inches.

Officials said the metal flew off a tow truck and into Eduardo Medina's truck.

The metal missed Medina by inches, leaving a few scratches on his face and hands from the glass.

Medina, who speaks Spanish, had his wife Norma Rodriquez translate the moments he scary crash.

"All he heard was an explosion. He said he is fine, nothing hurts, nothing hit him," Rodriquez said.

FHP Lt. Yanko Reyes said the metal could have killed Medina. He said drivers are responsible for properly securing the load on their vehicles

"That could have been a fatal case," Reyes said. "A case like this, you could be charged criminally. You could go to jail for this because you are causing injuries."

An I-95 driver escaped serious harm Tuesday after a hunk of metal crashed through his windshield about a mile south of Woolbright Road. "He is lucky to be alive," DBFR Battalion Chief Todd Lynch said. The man had minor injuries from the shattered glass. FHP is investigating. pic.twitter.com/kijx27RfrA

Reyes said a fine could also be issued to the driver of the tow truck.

"We know that God protected him. He just walked away from that terrible accident," Rodriquez said.

Medina's rosary was still hanging off his rear-view mirror. Rodriquez said they also believe a gift from his daughter that says "Dad, please drive safely," helped watch out for him.

"We invoke our little guardian angel, and I know he was protected," Rodriquez said.

Troopers said they are still looking for that tow truck involved in this incident.