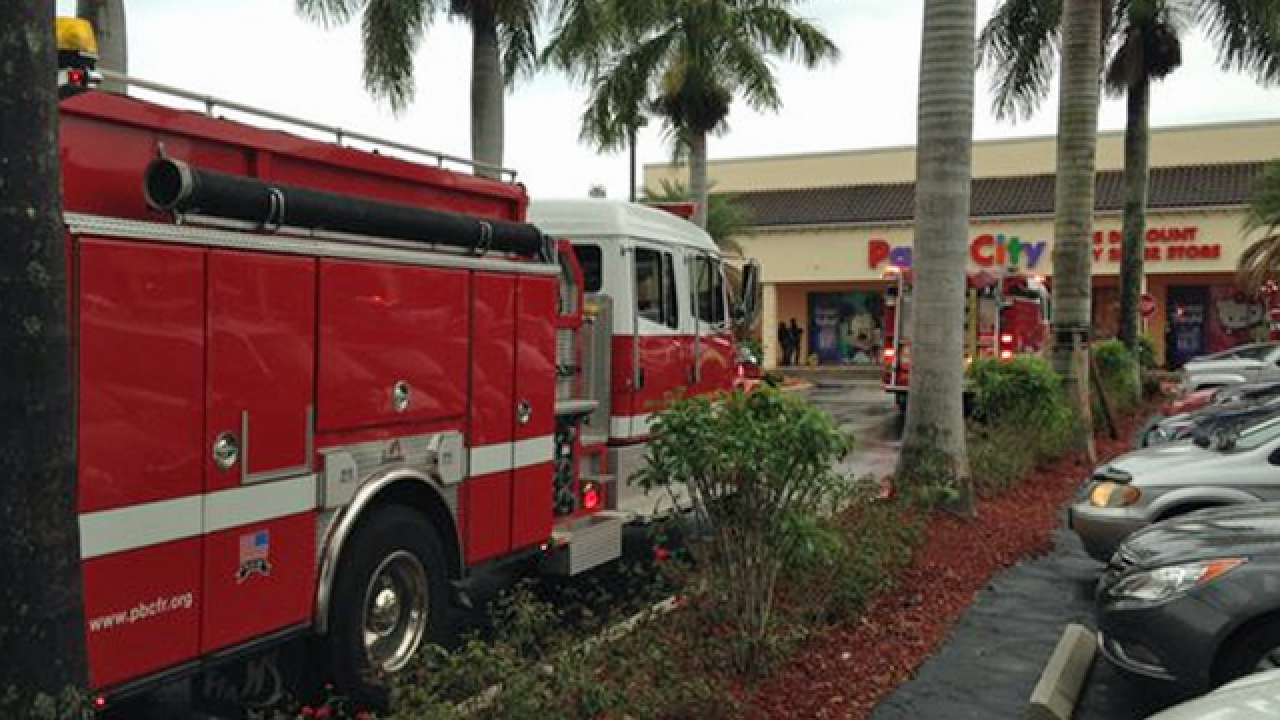 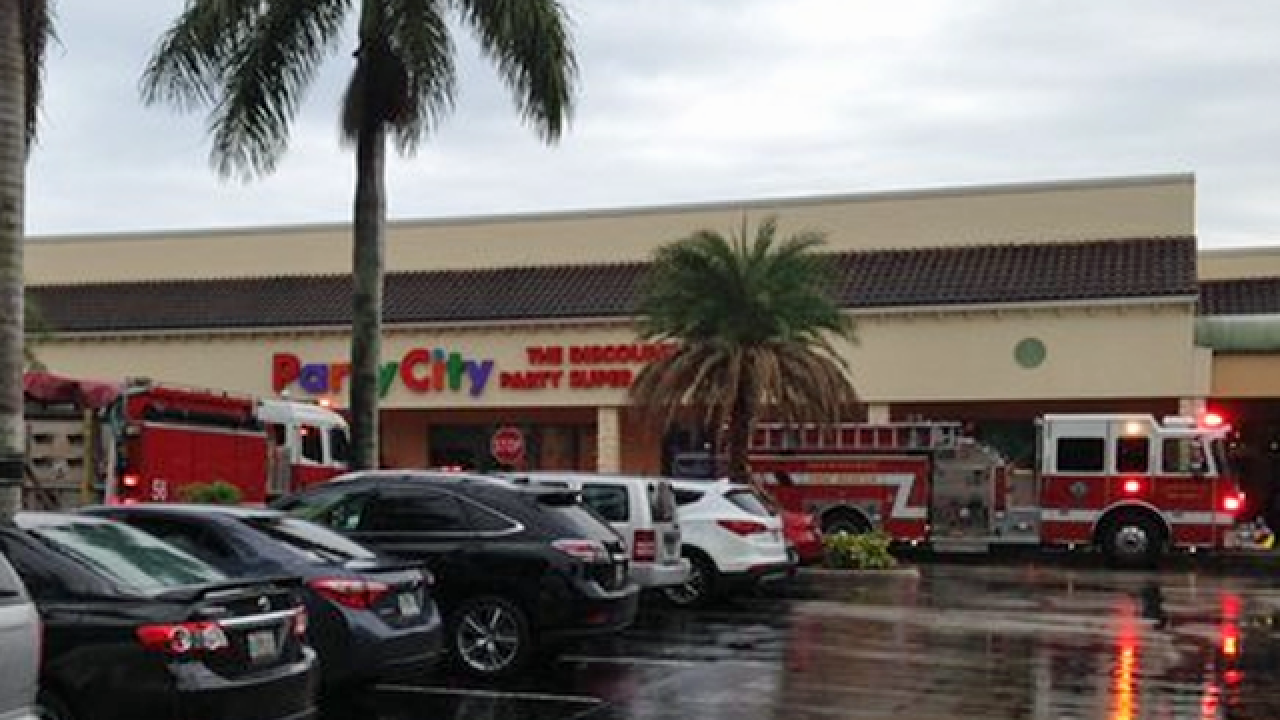 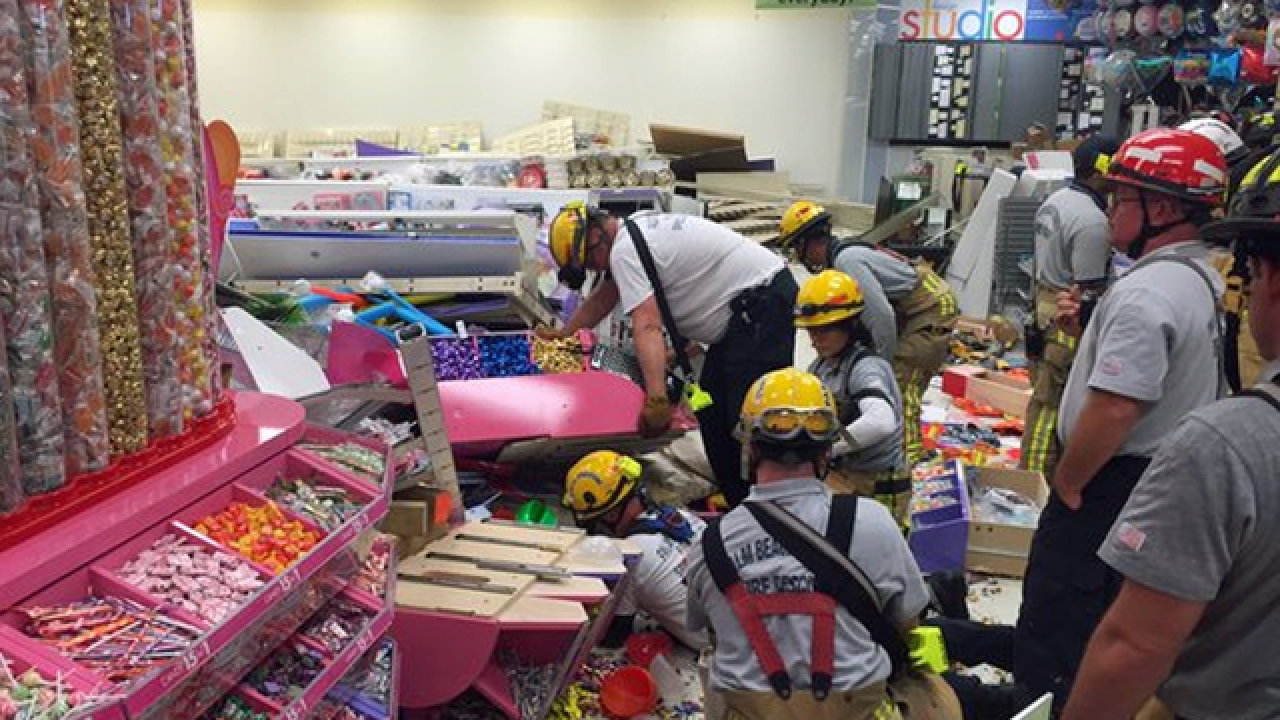 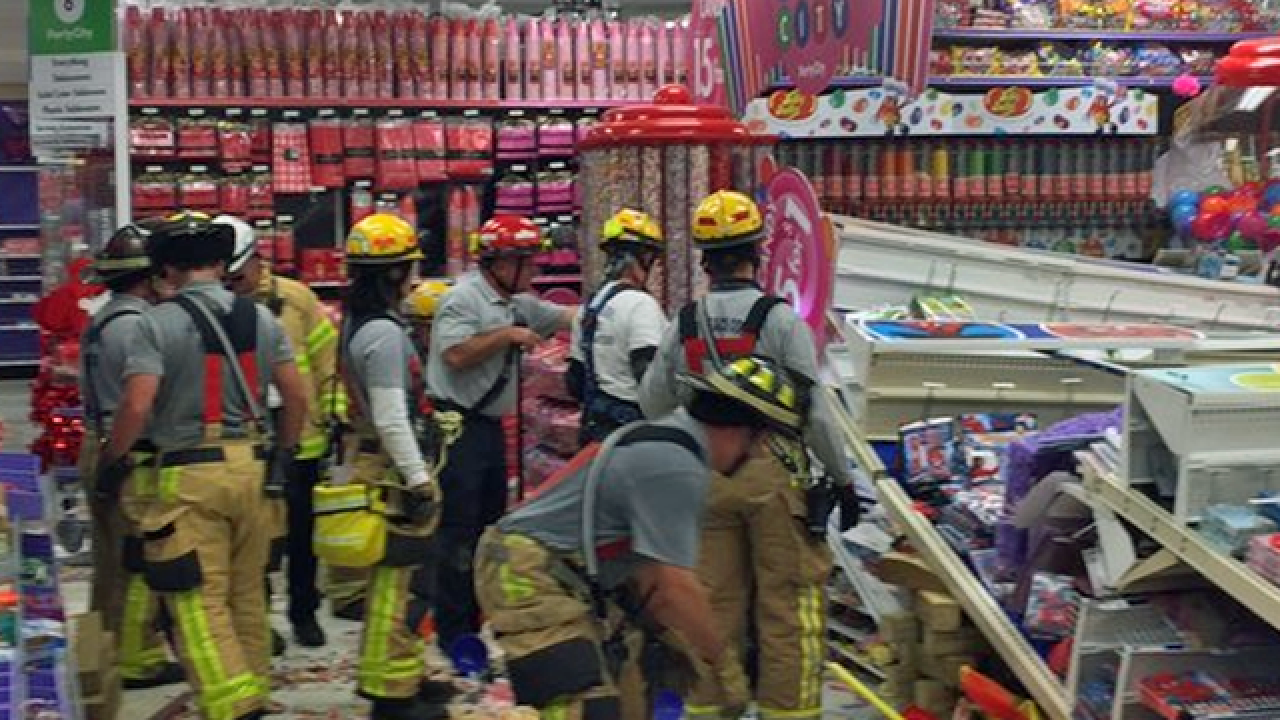 It happened at the store in the Palms Plaza At Boca Del Mar on Powerline Road.

RELATED: Photos from the scene

LW Black says he was installing a greeting card display inside the store when the shelves fell.

He says the first shelf to fall hit him on his back, but broke apart, so he wasn't trapped. "I just popped out like a cork, and everything else started coming down."

He started screaming to warn the few other people inside the store what was happening.

"You're hoping there's nobody in those aisles shopping because they wouldn't have had time to get out of there," he says.

The noise of the collapse so loud people outside the building heard it.

"It sounded like thunder that didn't stop. It was a very long thunder," said Susana Seiter.

She works at Boca Pharmacy next door. She rushed over toParty City to see what happened and was shocked to see everything from the walls scattered on the floor.

"That wall was bare, what I saw. There was nothing, there are no shelves on that wall. The whole thing came down," Seiter describes the wall of the store, which is normally packed with shelves and merchandise.

Palm Beach County Fire Rescue tweeted out several photos which showed the scene inside the store.

In all, seven aisles of shelves collapsed and three people had minor injuries, Fire Rescue reports.

Firefighters, with the help of a sheriff's office K-9, combed through the shelving to make sure there were no other victims. They did not find anyone.

"The safety of our customers and employees is our number one priority, and we are committed to providing a safe environment. We're looking into the situation to pinpoint the exact cause, and the store remains closed at this time."

County building division says there is no damage to the structure at West Boca Party City after shelves collapse. pic.twitter.com/IyUPQdAAyo

Update @PBCFR says 7 aisles of shelves collapsed. 3 ppl had minor injuries. Making sure no one else is inside