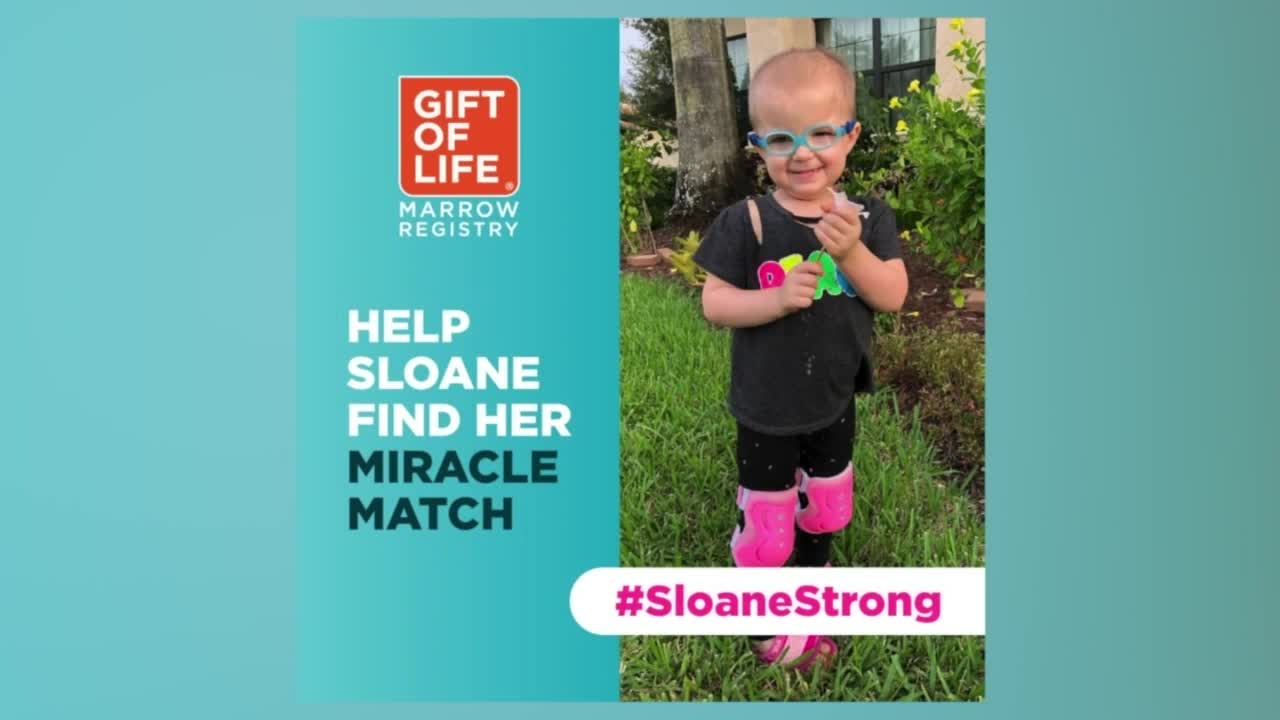 A Delray Beach family is conducting a desperate search for the perfect bone marrow match to save their 3-year-old daughter. 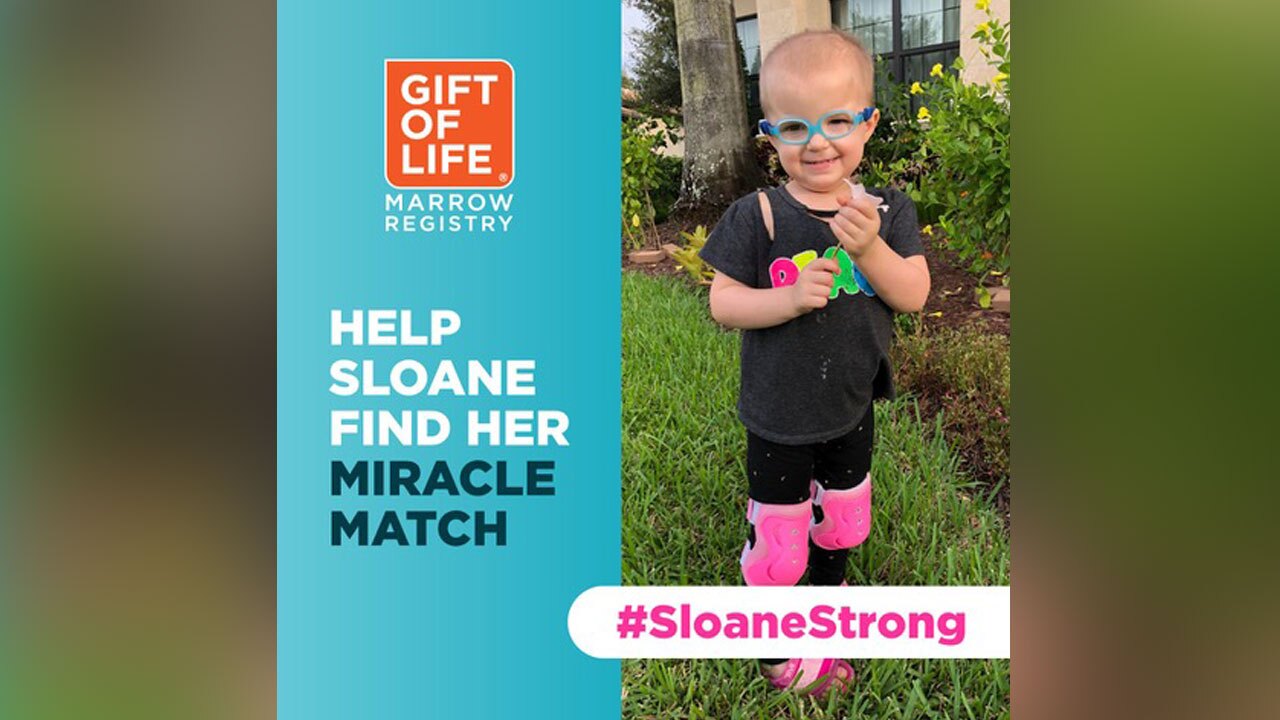 DELRAY BEACH, Fla. — A Delray Beach family is conducting a desperate search for the perfect bone marrow match to save their 3-year-old daughter.

Sloane Caston has an upbeat personality, making it hard for many to realize that she is battling two forms of cancer.

Her family has made an urgent call to the community that their daughter needs a bone marrow transplant to survive.

Even though Sloane has a twin sister, she still does not have a matching donor within her family.

The Castons are asking everyone to join the Gift of Life Marrow Registry with hopes of finding a bone marrow match to potentially save Sloane's life.

"Her strength and warm glow has defied comprehension," said her mother, Keri Caston. "She was so cooperative and brave, pulling up her shirt to show the nurses where her port was and giving everyone a smile or a wave hello. After a year of treatment, we celebrated and hoped it was the end of this nightmare. God had another plan for us."

Sloane has been resilient despite a difficult journey.

When Sloane was 11-months-old, she was diagnosed with ATRT, a rare and fast-growing cancerous tumor in the brain.

Surgery to remove a 6-centimeter tumor was immediately followed by nearly a year of chemotherapy and radiation treatment.

However, a few months later, Sloane's cancer returned in her spine, resulting in more doctor's visits and chemotherapy treatment.

With help from the community, the Caston family remains confident that a match will be found.

Gift of Life Marrow Registry is requesting for people who are in good health and between the ages of 18 and 35 to join the registry.

Click here to order a swab kit or to make a donation.