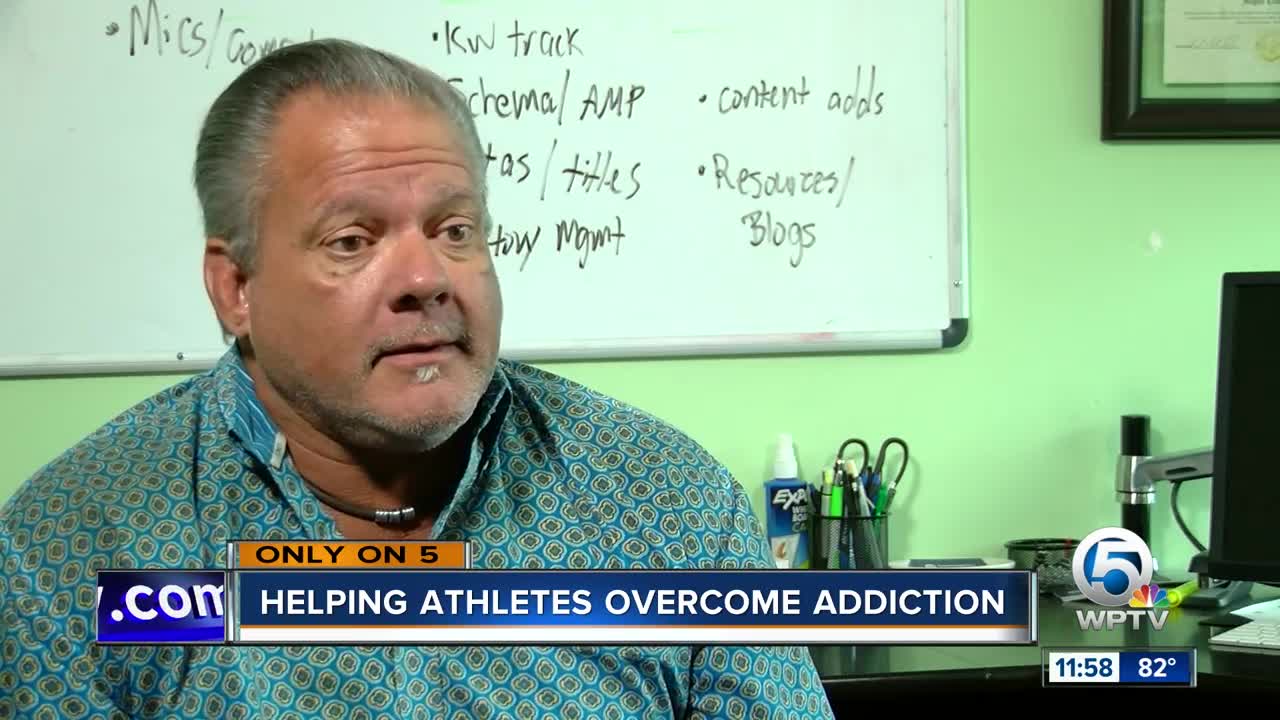 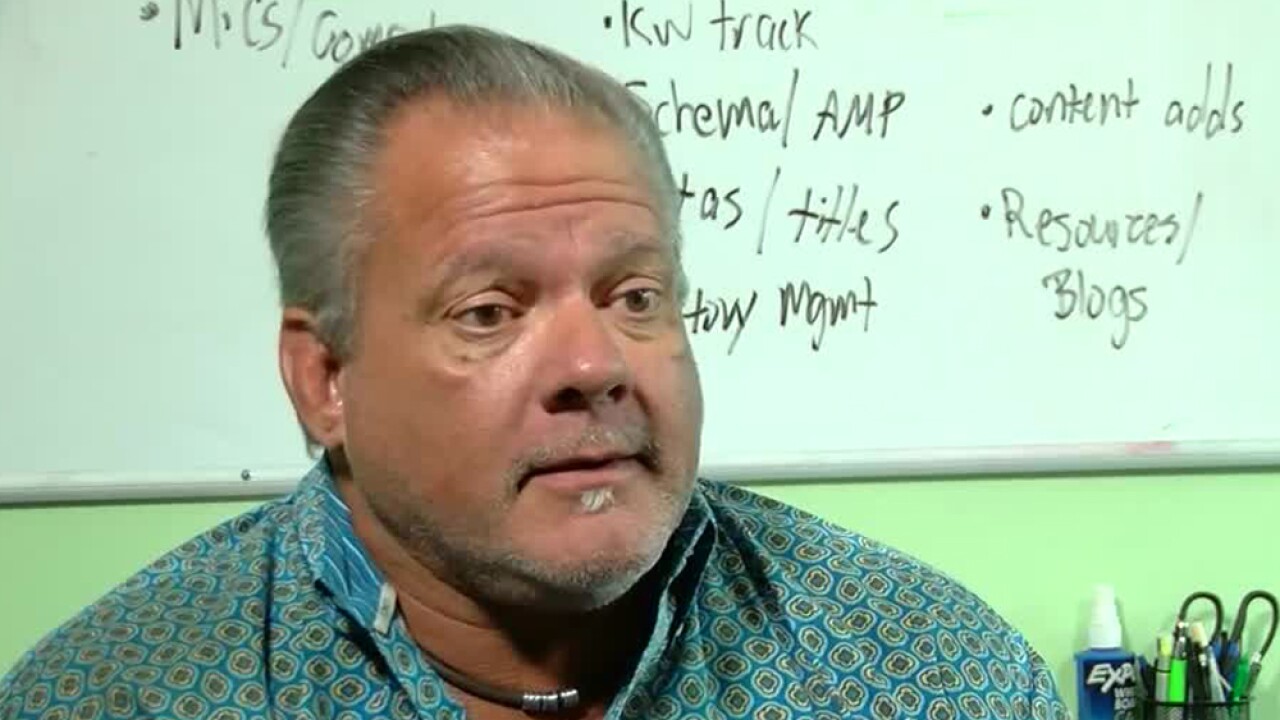 DELRAY BEACH, Fla. — As the NFL season begins again, you can imagine what it takes for a player to keep going through all of those hits. A study of retired NFL players found more than half used opioids during their career, and 70 percent of those who used the drugs misused them.

Randy Grimes will tell you he's one of them. He was a center for the Tampa Bay Buccaneers for 10 years.

"I was the guy that was willing to do whatever I needed to do to stay out on that field," said Grimes. "And doing 'whatever I had to do' looked like for me, was taking handfuls of pain pills. And handfuls of sleeping pills at night to sleep through the injuries, and I looked at it like a necessary evil. You know, I wanted to feed my family. I wanted to be the best center that ever played the game. I wanted to play every snap."

At one time, Grimes had 107 consecutive starts, playing through his injuries.

There were surgeries, broken bones, pulled muscles, and thousands of sub-concussive blows in games and practices. Grimes says, unlike today, practices were played with full contact. In battling his physical pain, he started using painkillers. He became addicted.

"The last two years of my career, I played in a complete blackout. I was playing entire NFL football games in a complete blackout because I was taking so much medication before games, to get through that game, I didn't even remember being out on the field. And I played every down as an offensive center. I would wake up that night, that same night, kind of start coming around, and I would be all beat up, scratched up, dehydrated, fingernails all torn up, all the things you are after an NFL football game, I didn't remember a single down. And I would have to wait and watch it the next morning with everybody else to see how I played, and again, I played great, and it just kept it going."

He says people didn't ask questions when he would slur his words, or ask other players for pills.

"We had an open drug safe back in the 80s. And if by some weird chance it was ever accidentally locked, we had three white guys that started on defense and their jersey numbers were the combination to the safe. And it never changed for that whole decade," said Grimes.

When his career ended, he said he was left with the anxiety and pain, but no uniform. He started to spiral into chaos, a time with a beautiful family, but also dark depression and substance abuse.

More than 20 years into his addiction, after watching his life crumble, he was in detox in a treatment facility.

"I remember exactly two weeks into the detox process, I was sitting there and I was sobbing uncontrollably. I could not stop crying. Here's a 290 pound guy sitting in the middle of a rehab campus, crying hysterically," said Grimes.

That's when the conversation inside changed.

"It was like somebody came up behind me and draped a warm quilt around my shoulders, and I say a quilt, because I remember feeling weight and warmth. And that was my spiritual awakening. And that was my burning bush moment. Something happened to me that morning, that Wednesday morning, at 8:45, and it changed everything for me. And I know what it was, it was my higher power," said Grimes.

He says he knew it had to mean something. It has.

President Matthew Hirsch says, similar to veterans who have come back from war, professional athletes can struggle when they take off the uniform. They are challenged to find a way to share their struggles while having trained to be tough.

"He will be the guy to go to the house to pick somebody up, or he'll be waiting at the airport when somebody lands. He's a relatable ear," Hirsch said.

For the second year in a row, Grimes has organized a summit, drawing addiction treatment specialists from many professional sports fields. Those who treat athletes from jockeys to baseball players have learned what is similar and different in their fields, and shared expertise.

Dr. Camille Kraft is a professional athlete consultant, and former Administrator of the NFL Substance Abuse Program. She says she's seen improvement in her 30 years in the field.

"Athletes seem to have more of a voice and topics seem to be more broad," said Kraft.

One struggle, she says, is helping athletes who may never have been exposed to counseling of any kind to accept it may be helpful, regardless of their personal or cultural background.

"I want to be part of the movement that equips these young people to be successful in counseling, the step prior, so they're culture-prepared people in every single realm of their story and this included in that realm would be preparing them for treatment, and preparing them for counseling," said Kraft.

Today, Grimes is accepting the past, and working for the future. He has faith individuals and their families can heal.

"I love to see lives resurrected but also relationships restored," he said.

The future is filled with hope.