When do you need to answer police questions? 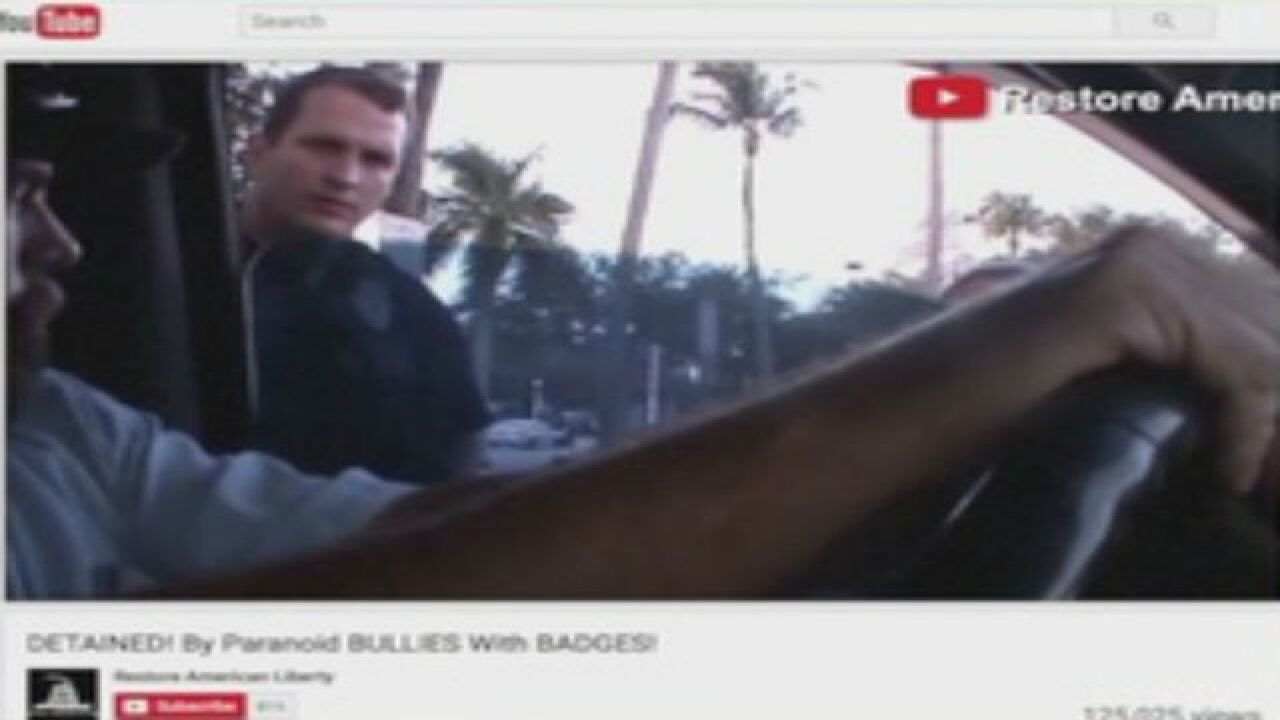 A man uploaded a video online to call out the way Delray Beach police approached him.

About 125,000 people and counting have seen the YouTube video and are criticizing officers. But many Delray Beach residents are standing behind the department.

The video starts with the man recording squad cars roll through a stop sign from the parking lot to a side street.

Officers noticed the man in his pickup truck in the police parking lot and approached him to find out what he was doing.

“May I help you with something?” one officer asks in the video.

At first, the man recording the incident refused to answer questions, saying he’s not obligated to.

Eventually the man told police he was picking up his wife who works at the station. While he waited, he recorded police rolling through the stop sign.

“Generally citizens have the right to remain silent,” said James Green, a constitutional attorney and past president of the American Civil Liberties Union in Palm Beach County.

He said the man had a right to record his interaction with police. The law, according to Green, does not require anyone to answer police questions or even show identification.

“The right to self-incrimination is one of the most important rights the citizens of the United States have,” he said.

People with no apparent connection to Delray Beach have turned to the internet to criticize the police.

“In today's world, police have to watch their back, they have to be very careful. You have to support them,” said the seasonal Delray Beach resident.

He was among the majority of people in Delray Beach who said the online criticism isn’t fair. Most said they have no problem with police checking on whether a person is suspicious.

Zaro said the best way to handle the situation is to simply answer the questions.

“Common sense tells you to comply. If you're doing everything legal, answer questions,” he said.

But we found one woman who said the 21-minute video is enough to gauge the situation.

“I don't think it's limited to Delray. I think that's perhaps, unfortunately, the attitude a lot of officers in any town might have,” said lifetime Delray Beach resident Lindsey Arroyo.

The Delray Beach Police Chief Jeff Goldman said officers did what they thought was necessary to determine whether the man was suspicious or not.  Goldman released the following statement regarding the matter:

“I would expect any law enforcement officer responding to a call of a suspicious person to do as these officers did.  On a daily basis nationwide, law enforcement officers interact with unknown individuals who have undisclosed intentions. These officers must do what they can to evaluate the situations and determine whether those individuals pose any threat to the public. In this case, they were successful, and the encounter ended without incident.”

As for the stop signs? The chief has reminded officers to come to a complete stop.