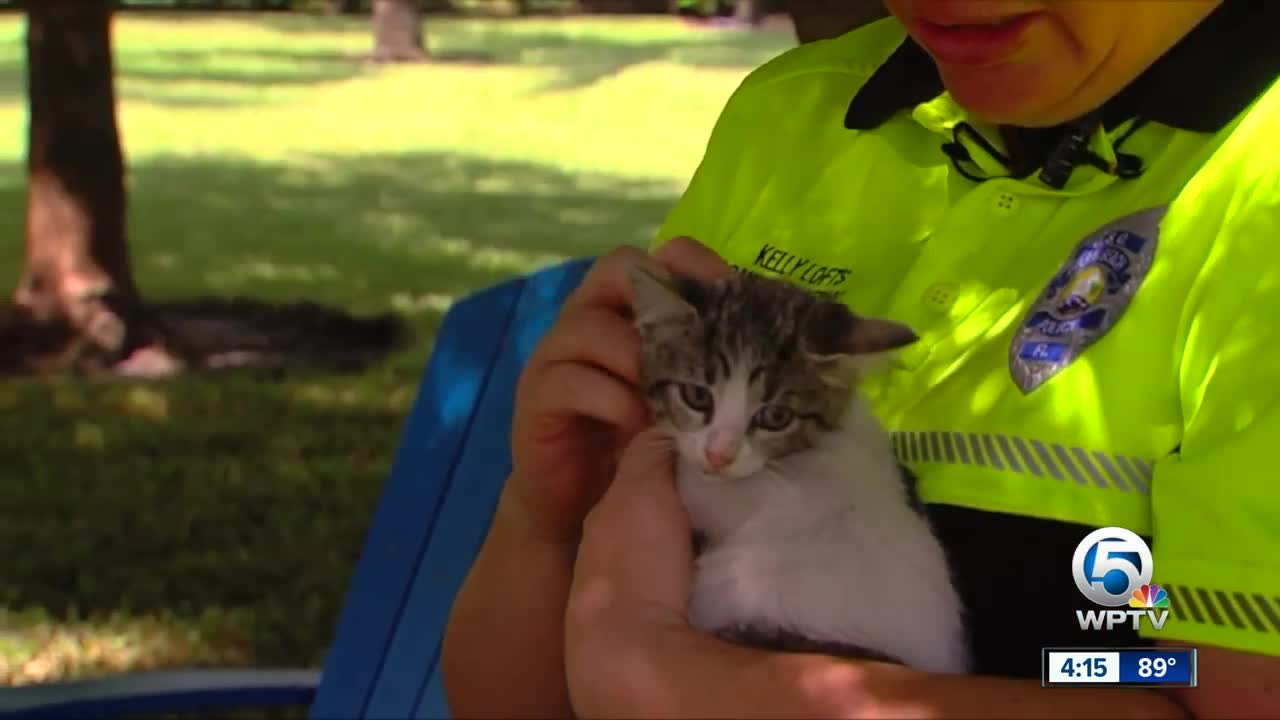 The 8-week old kitten was rescued and is now recovering after being thrown from a car in Delray Beach. 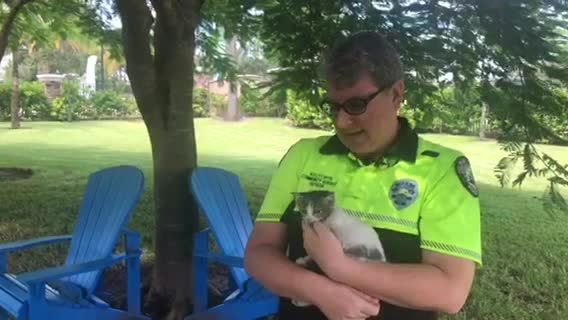 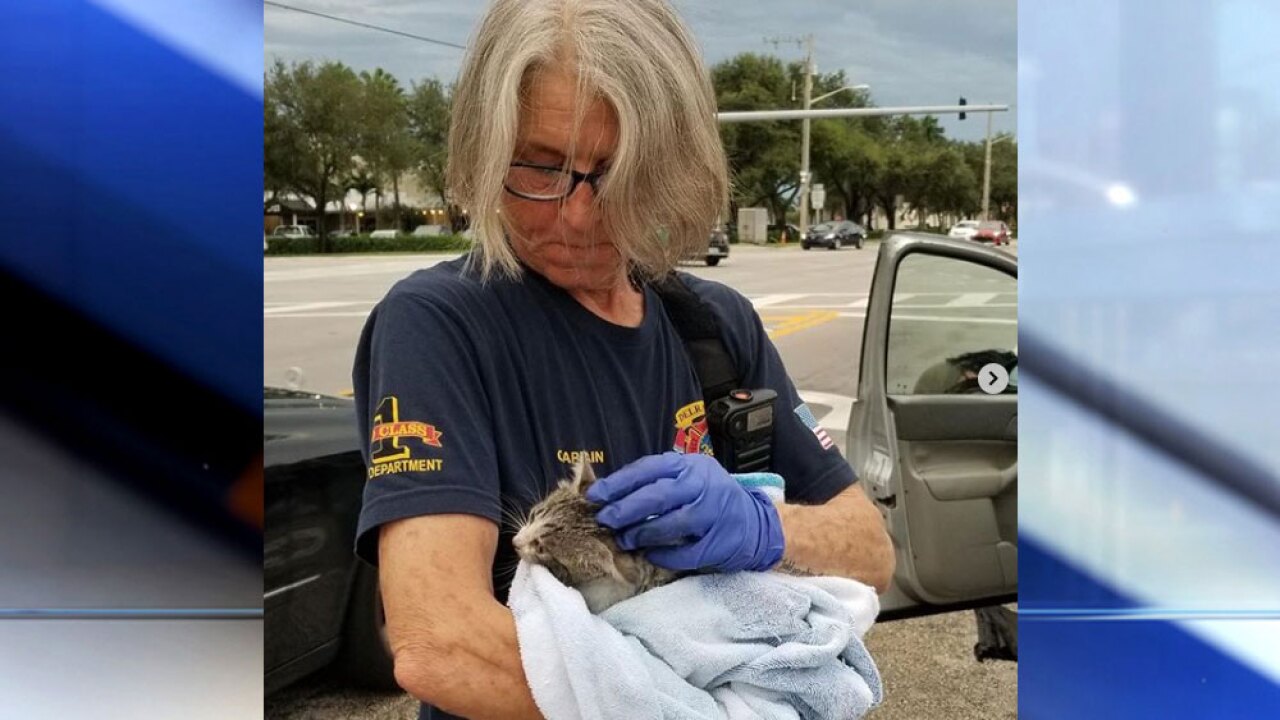 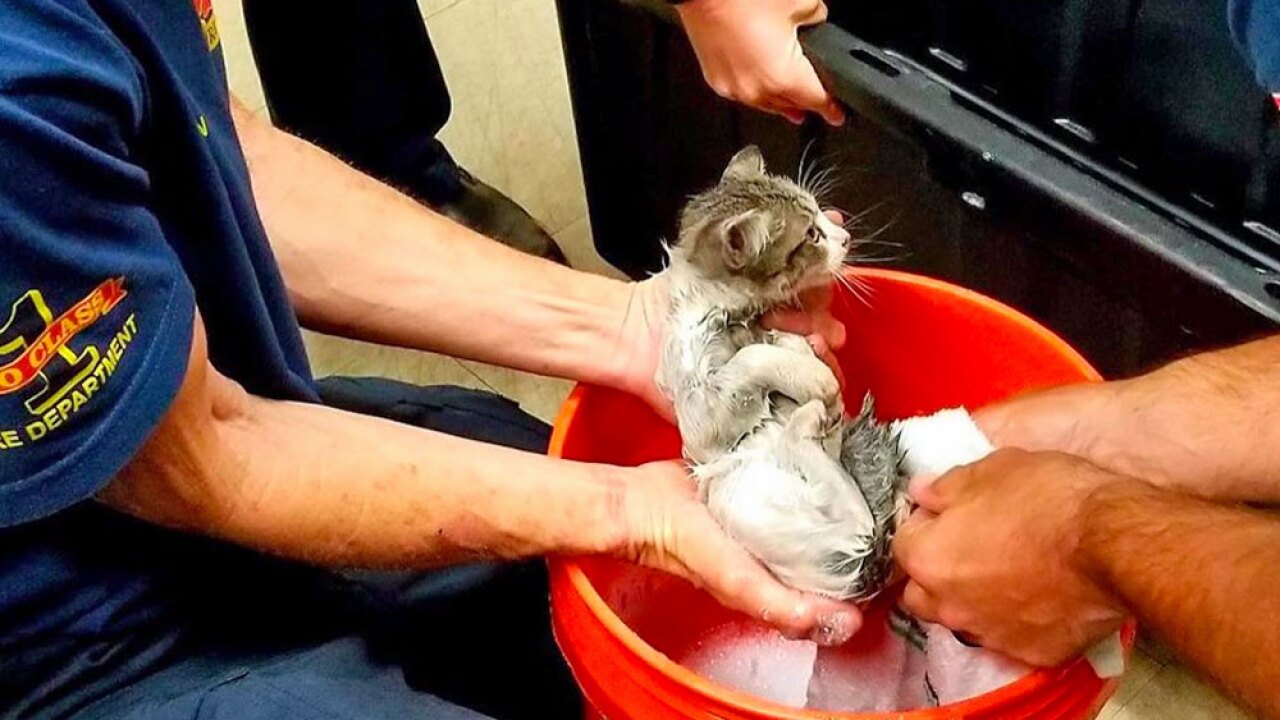 Someone threw a kitten out of vehicle Monday evening in Delray Beach, according to Delray Beach Fire Rescue.

The department said when a good Samaritan stopped to rescue the animal it climbed inside of the engine compartment of that person's car.

The good news is the animal is doing well and has been adopted by one of the community service officers, according to fire rescue.