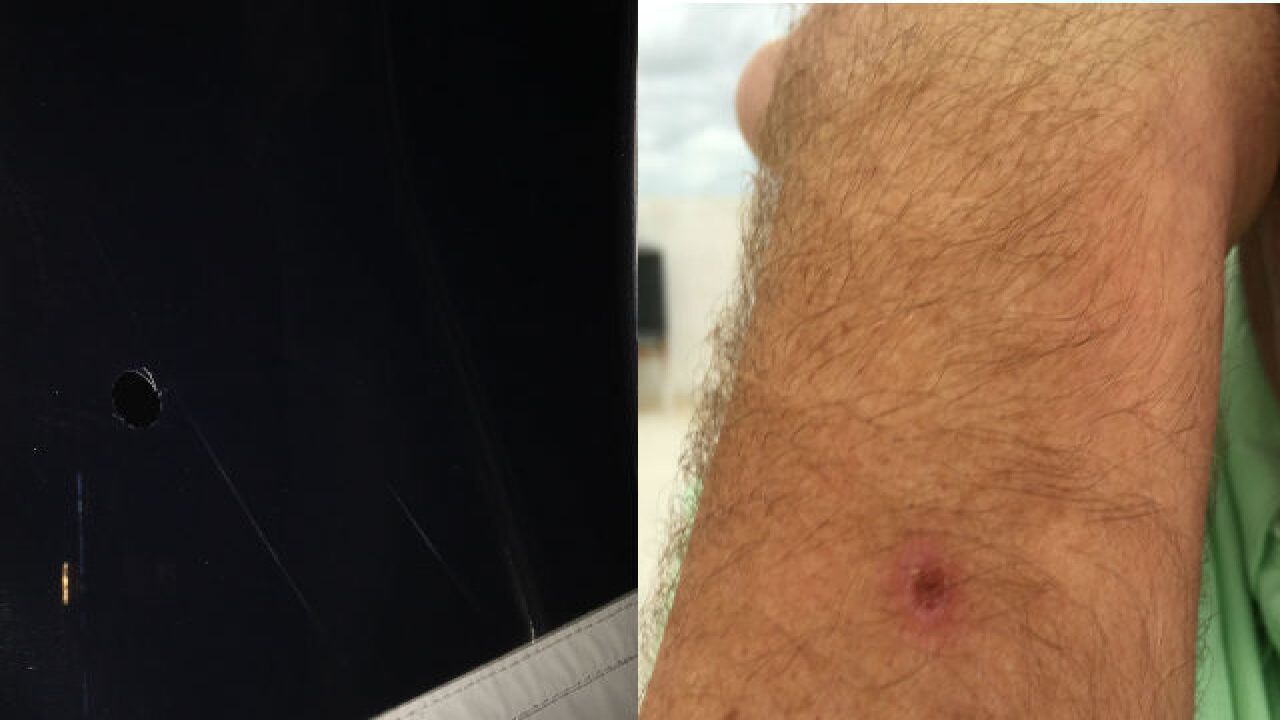 Police in Delray Beach want a shooter caught. They say someone is shooting a pellet gun at boats on the Intracoastal Waterway.

It's happened four times since September.

In three of the incidents, shots came from the west side of the Intracoastal, south of the Atlantic Avenue bridge.

A man was hit in the arm by a pellet the Saturday after Thanksgiving. In another shooting, the pellet went through the glass surrounding the helm of a boat.

Police want to stop the shooter before something more serious happens.

Volunteers from the police department passed out flyers Tuesday. They're asking people living in the marina district to be on alert and call in any tips.

"A guy came by in his boat and he was pretty irate and said he had just been shot at," remembers Bill Bains, who lives on a boat docked at the municipal marina.

He's been on the lookout for a shooter ever since that incident in mid-November.

"Anytime we have anyone firing anything out of a gun at passing vehicles it's a problem," points out Dani Moshella with the Delray Beach Police Department.

Police say the four incidents occurred on the weekends:

-October 18 at 2:48 p.m. pellets hit the side of a boat. The owner thinks the shots came from the east side of the Intracoastal.

Detectives think someone may be upset by the noise or wakes boats make.

Bains hopes that isn't the case.

"[People docked at the marina] don't like the fact that we bounce up and down when a boat goes by fast like that, but I don't know of anyone here that would take a shot at someone. That's a little much," he says.

The shooter could face up to 15 years in prison, if they're convicted.