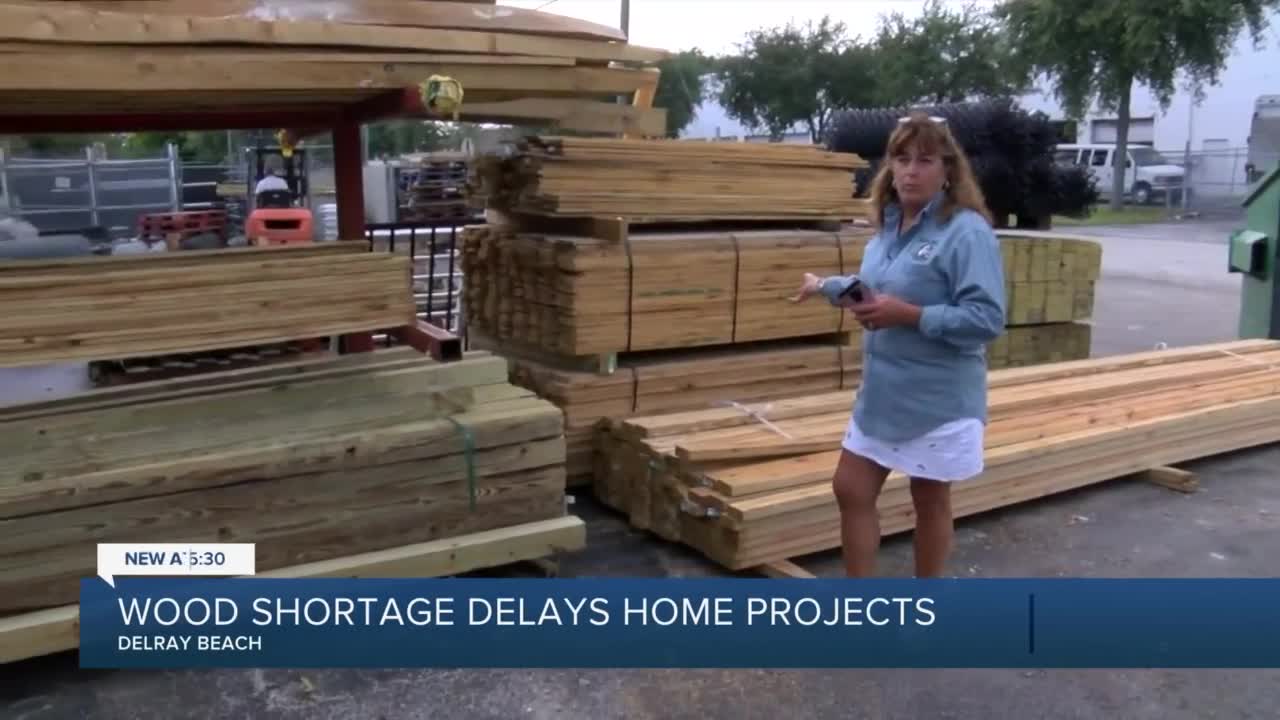 If you are looking to make improvements to your house or repair a deck, you could be running into a problem -- a shortage of wood. 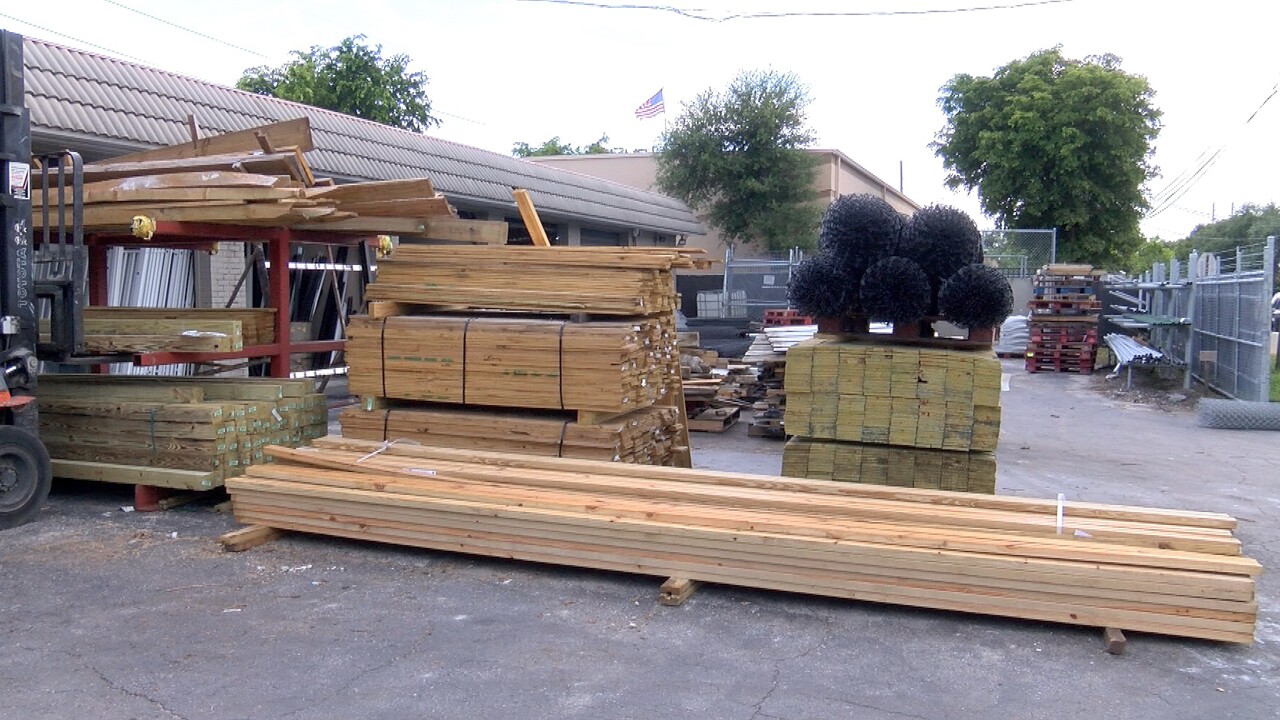 DELRAY BEACH, Fla. — If you are looking to make improvements to your house or repair a deck, you could be running into a problem.

The coronavirus has caused a shortage of lumber and pressure-treated wood.

Lumber mills in the U.S. slowed their production or stopped altogether during the pandemic, resulting in reduced supplies.

With many people stuck home for months, many residents were busy with do-it-yourself projects, which also contributed to the shortage.

Bulldog Fence in Delray Beach said they have had to tell several of their customers that projects are delayed due to the lack of wood.

Owner Mary Kay Shea said two weeks ago they noticed their suppliers were having problems delivering their orders for pressure-treated wood.

"Now, it is pretty much at a standstill," said Shea.

The lot where Bulldog Fence stores their lumber was noticeably bare on Monday, and described by Shea as "not even enough to do a yard job."

Area hardware stores like Home Depot and and Lowe's also have empty shelves.

"We were kind of rolling and getting into a groove here, and then this little speed bump happened," said Shea.

However, she has come up with another, more affordable, option for her customers during the wood shortage.

"There are so many creative options that have come up," said Shea.

Bulldog Fence is hoping the wood shortage isn’t a long-term effect from the coronavirus and other products stay in supply.

"Obviously supply chains and everything were affected by this. So, it is just a trickle-down effect that we just have now run into, so when is the other shoe going to drop?" asked Shea.