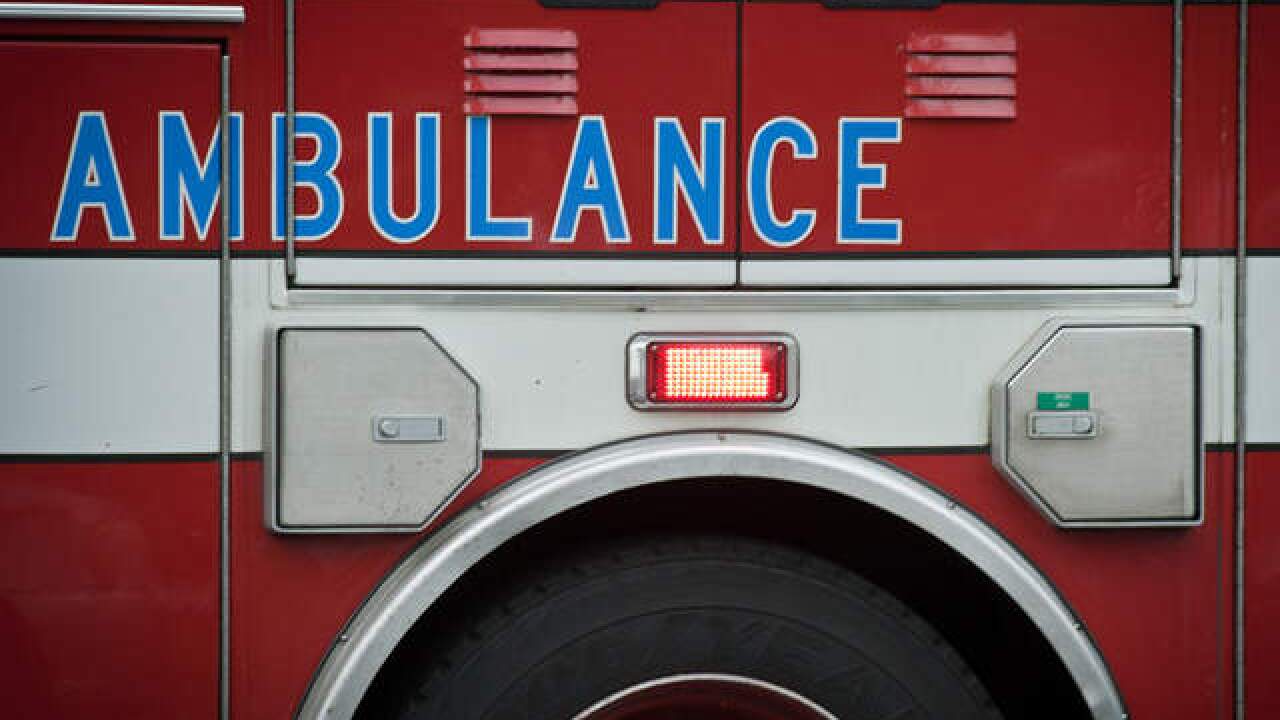 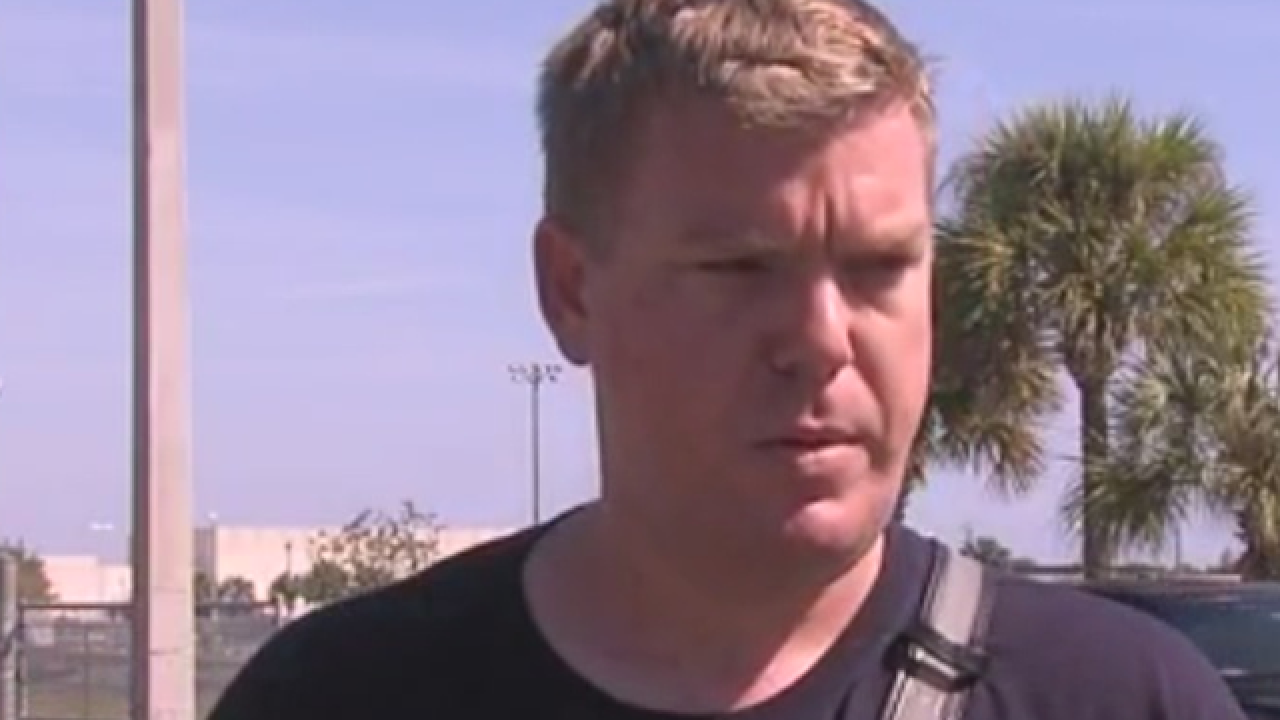 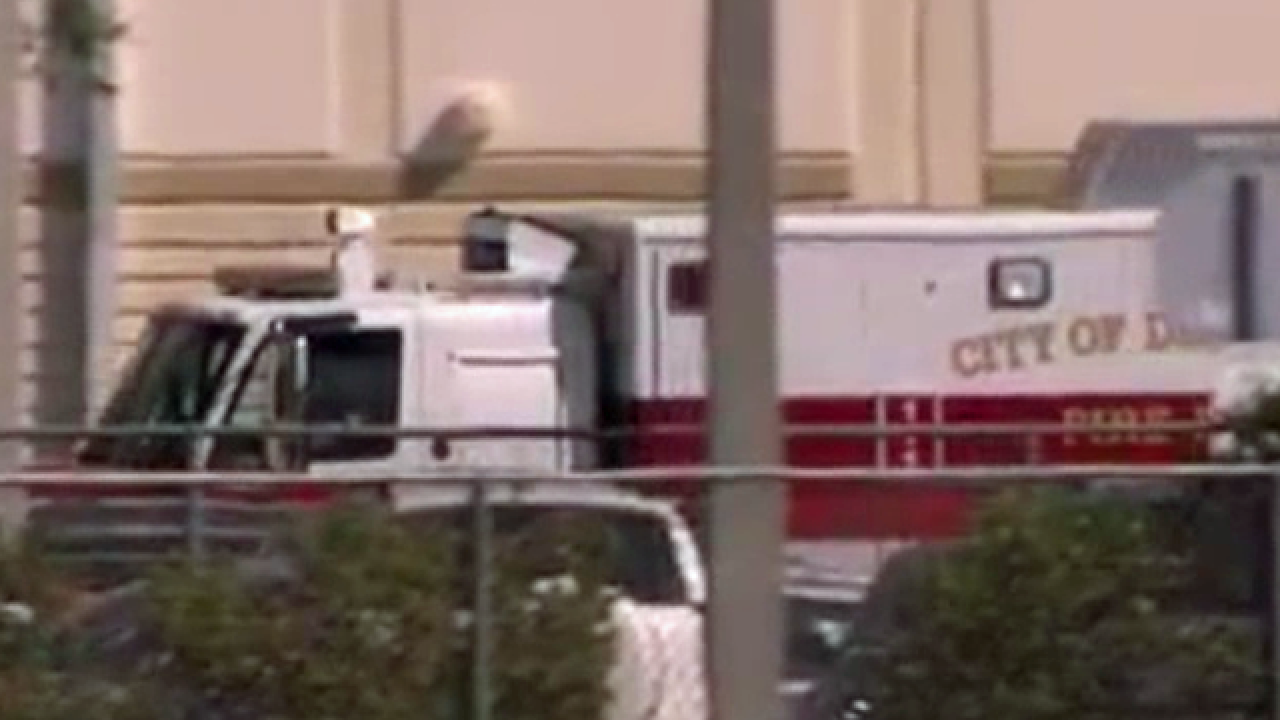 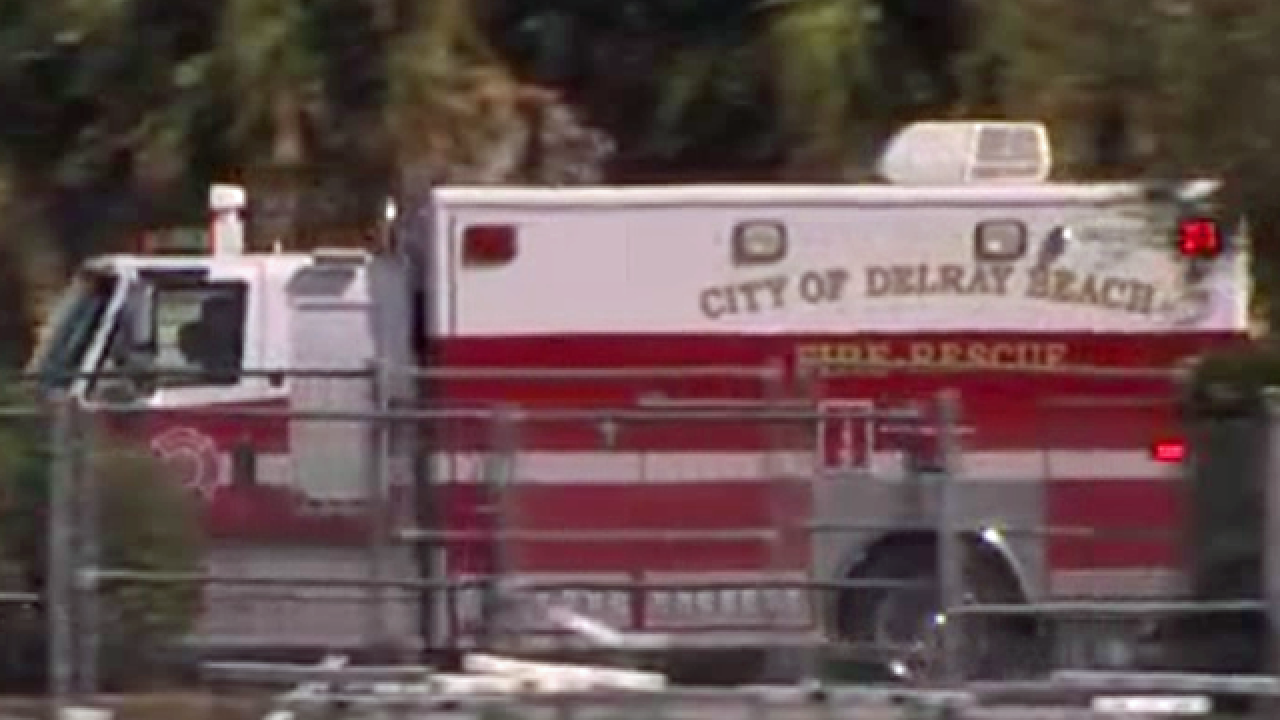 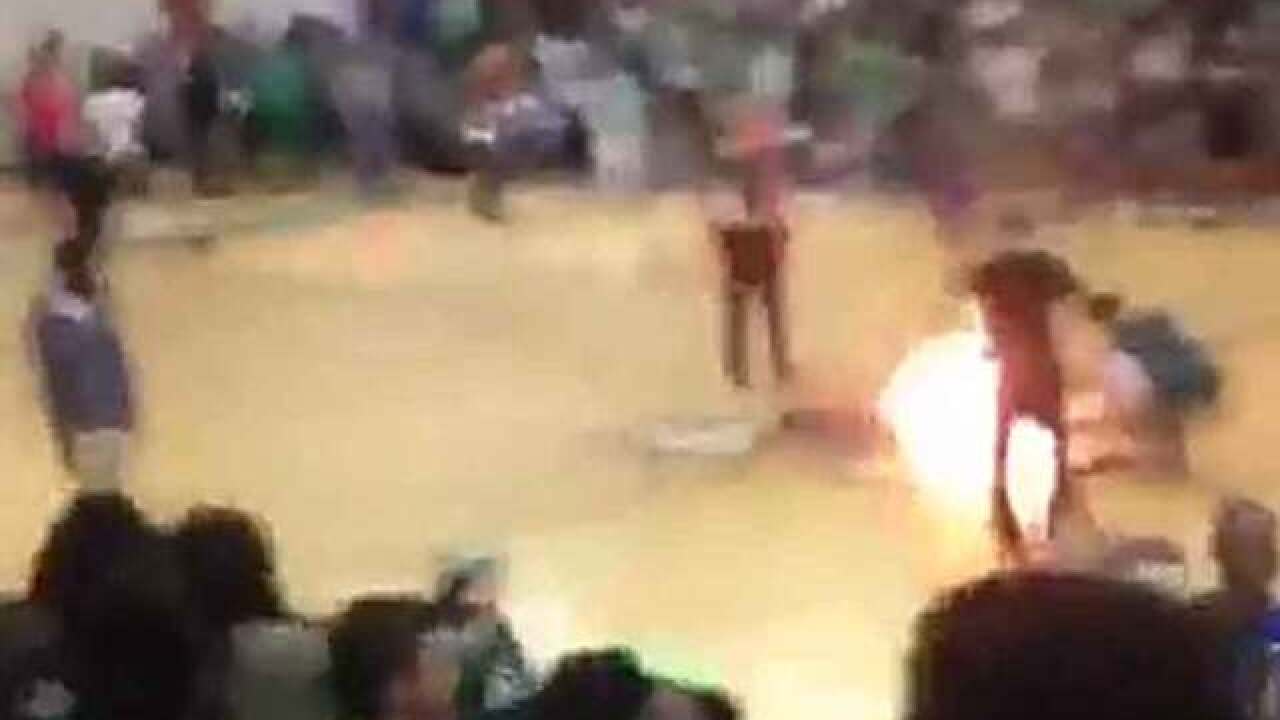 At least 20 people were injured during a pep rally Thursday morning at Atlantic Community High School, according to Delray Beach Fire Rescue.

The school district said the pep rally was organized to get students excited for tests called the Florida Standards Assessments. The district says a seasoned performer intended to blow fire and an accident occurred.

The performer, Ricky Charles, suffered burns and was transported as a trauma alert to Delray Medical Center, fire rescue said.

Charles, the owner of the Broward County-based Inferno's Challenge, was in the middle of his fire-breathing act, which he's done dozens of times before, but this time he accidentally set himself on fire.

He told NewsChannel 5’s Katie Johnson by phone that he tried a new type of lamp oil today-- which he uses to fuel the flames-- and that's why he says things went wrong.

"So when I did my blast with this new oil, the flame trickled right back down to my face. It caught my face on fire, which is a new thing to me. And that's when everything just went crazy," Charles said.

He suffered first degree burns to his face with most of the damage to his nose. He said he is expected to be released from the hospital Friday.

Several students were treated for breathing problems. A total of 20 patients were treated, according to fire rescue. Less than half needed to be taken to a hospital for further evaluation.

"The school staff was quick to put out the fire with a fire extinguisher and unfortunately, due to the powder from the extinguisher, there were a few inhalation injuries. All in all, we did transport eight individuals from the school. Only one was transported as a trauma alert the other seven were transported for non-life threatening injuries," said Delray Beach Fire Rescue Capt. Ed Beardsley.

The district said there was no explosion.

Corey Wilson has a daughter who attends Atlantic High School.

"She got out, by the grace of God," Wilson says.

"I pray the next time this won't happen, that they'll be more professional," Wilson says.

A district spokeswoman says they're looking into policies which determine who can and cannot perform at schools. She says principals sign off on performances like this. In some cases, area superintendents need to approve a group as well.

"It was kind of scary they had that happen in the high school. You would think they would take more precautions," says Joan Randolph, whose granddaughters attend the school.

A student said administrators and teachers did a good job keeping students calm.

The Palm Beach County School District released a statement about the incident, saying:

"What happened today at Atlantic Community High School is inexcusable. It's a direct violation of District policy. The District's rules are clear that fire and pyrotechnics are forbidden inside our buildings.

"This incident will be investigated by the District's Risk Management department and local fire officials, with assistance from School District Police. As the investigation is still open, it's too early to determine what consequences will result from this."

ACHS: all student complaints were respiratory in nature. Only burn victim was adult performer. Patients transported by our crews and @PBCFR.

There was no explosion. Performer transported to hospital. Classes resuming as scheduled. Principal calling families.