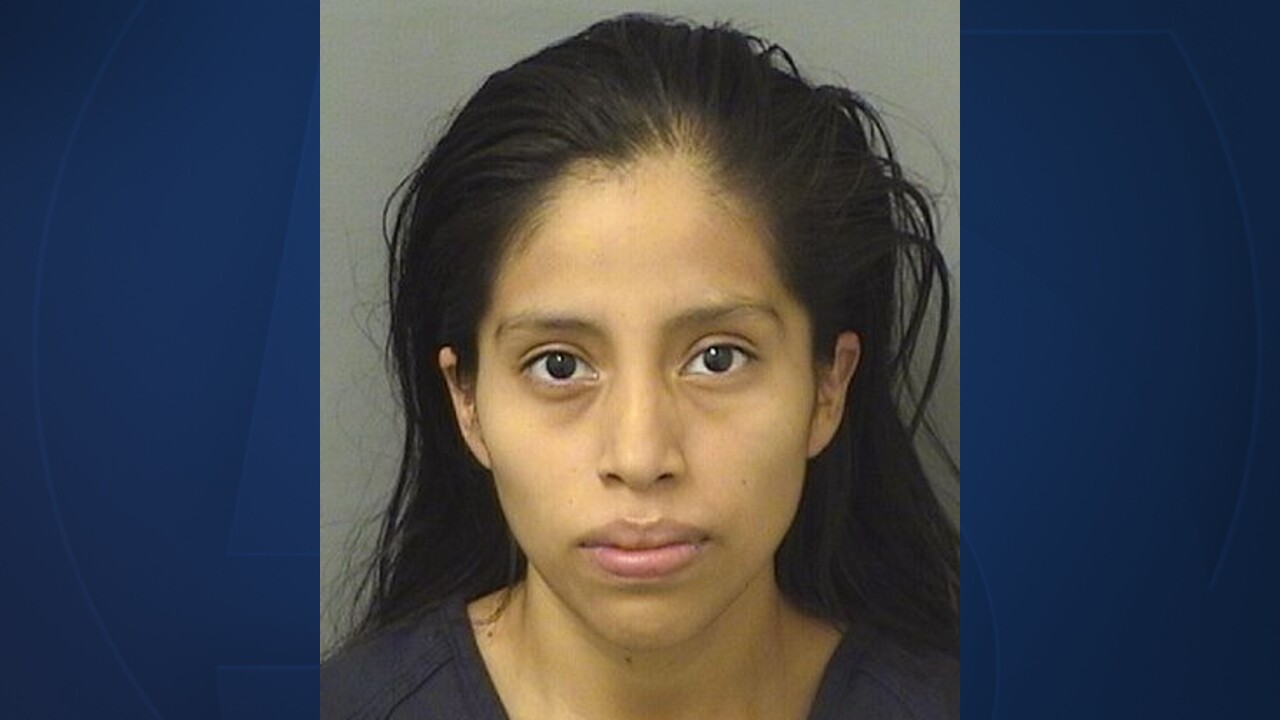 Palm Beach County Sheriff's Office
Micaela Francisco, 21, is accused of shooting a man who gave her phony money during a drug deal they arranged through Snapchat.

BOYNTON BEACH, Fla. — A 21-year-old woman shot a man in a Publix parking lot after he gave her counterfeit cash during a drug deal they set up through Snapchat, Boynton Beach police said.

Micaela Francisco was arrested Thursday morning on charges of aggravated battery, carrying a concealed firearm during the commission of a felony and improper exhibition of a firearm.

According to a Boynton Beach police report, Francisco arranged to meet with the victim in the parking lot of the Publix on Congress Avenue to sell him marijuana.

When police arrived, they found a car that had crashed into the concrete barriers near the entrance to Publix and seven shell casings in the parking lot.

The victim was taken to Delray Medical Center to be treated for injuries that were not life-threatening.

Francisco, who was waiting in the parking lot, was detained.

During an interview with police, Francisco told detectives that the man got out of his car, approached her passenger side window and tossed the money into the car after she handed him the marijuana.

Police said Francisco noticed that the money was "obviously fake," so she pulled out her gun as the man started to drive away and fired several shots at his car.

Francisco was arrested and booked into the main Palm Beach County jail, where she was being held without bond.