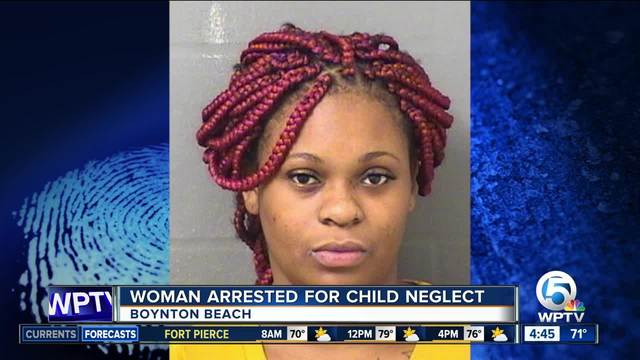 A Riviera Beach woman is facing a child neglect charge after her 2-year-old son was left alone at a Boynton Beach restaurant on Saturday night. 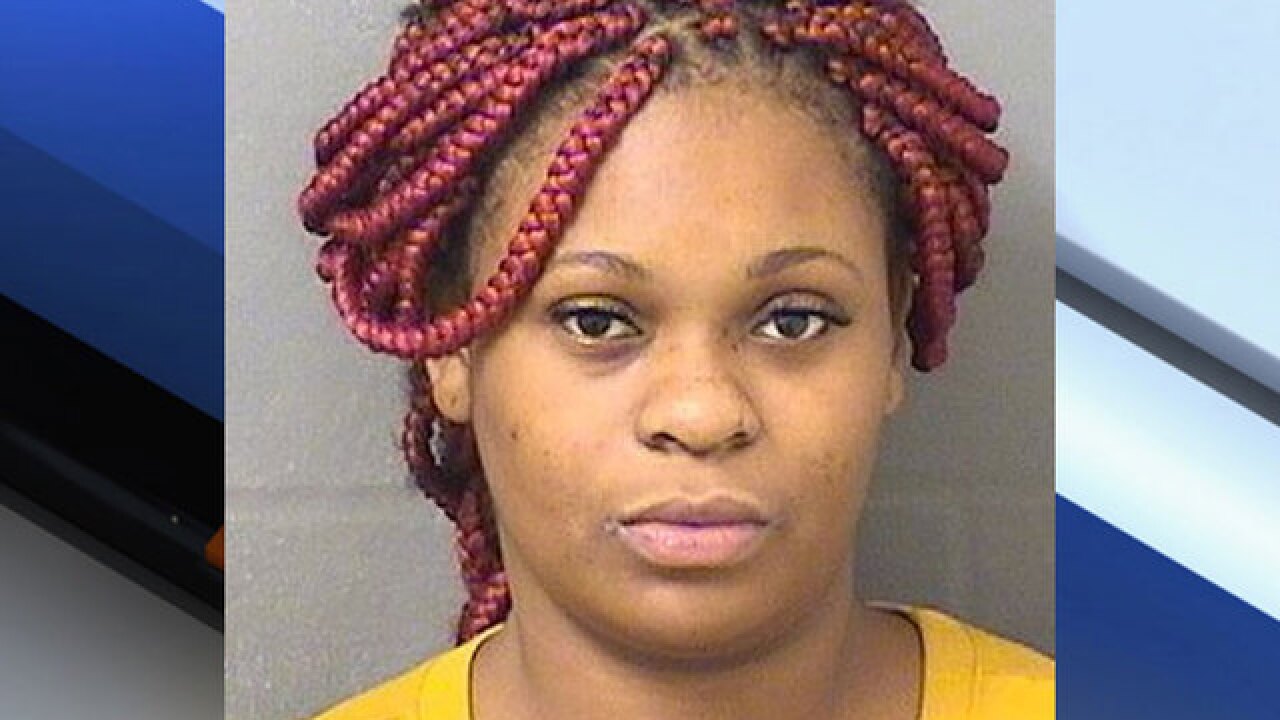 BOYNTON BEACH, Fla. -- A Riviera Beach woman is facing a child neglect charge after her 2-year-old son was left alone at a Boynton Beach restaurant on Saturday night.

Police responded to Chuck E. Cheese's restaurant at 244 North Congress Ave. in Boynton Beach at approximately 10:12 p.m. in reference to a young child left unattended as the business was closing.

A customer noticed the child sitting alone and notified store management, who checked the building in an attempt to locate the boy's parents or guardian. When none could be located, a call was made to police.

The arriving officer spoke with the boy, who was unable to provide any pertinent information regarding his identity, his parents' identities, or his home address.

According to police, the child appeared well fed, cleanly dressed, and had no signs of swelling, lacerations, discoloration, or bruising.

At approximately 10:41 p.m., a family member contacted Boynton Beach police and notified them that the boy's mother, Sharon Demetra Perry, 25 of Riviera Beach, was coming to retrieve him.

When officers made contact with Perry, she said she arrived at Chuck E. Cheese's at 5:30 p.m. with a group of nine children and six adults for a party. She said she began to clean up and gather all of the children to leave at about 9:30 p.m. and did not realize the boy was left behind due to their group being split among multiple cars.

She said it was a mistake that the group carpooled in several cars and the children were not accounted for when exiting, according to police. She believed that the boy was in the other vehicle with her cousin and discovered he was missing when she arrived at her home in Riviera Beach.

An investigator with the Florida Department of Children and Families responded to the Boynton Beach Police Department and conducted her investigation, stating that the child can be turned over to his maternal grandmother.

Perry was arrested and charged with child neglect. She was booked into the Palm Beach County Jail.