By: WPTV Webteam
The gun found during the lockdown at Boynton Beach High School on Friday was only the handle of a Smith &amp;amp; Wesson gun that had no connection to the bus stop shooting, according to police records. 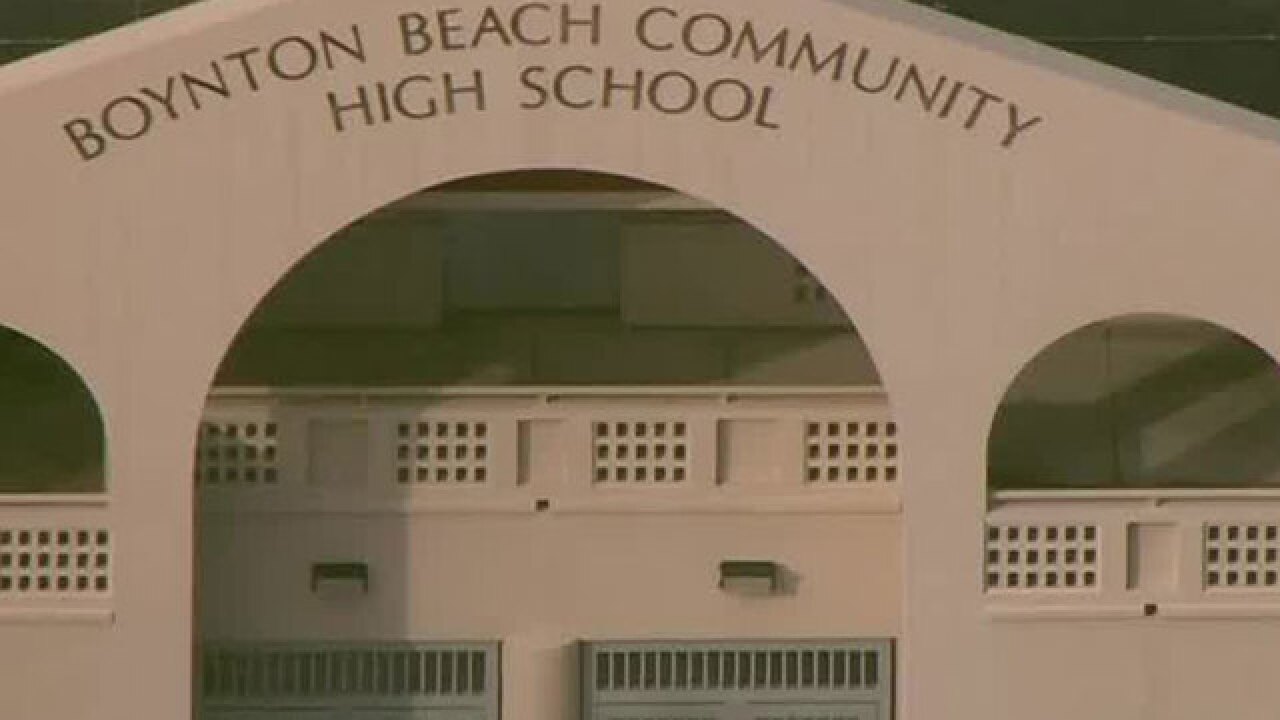 BOYNTON BEACH, Fla. -- The gun found during the lockdown at Boynton Beach High School on Friday was only the handle of a Smith & Wesson gun that had no connection to the bus stop shooting, according to police records.

During the lockdown, a student revealed to police that he had a gun handle hidden in his pants. Police say the student's father found the barrel and slide of the stolen gun at the student's house. He said he brought the handle to school to hide it from his father.

The student cooperated with police and took them to his home where he'd hidden another part of the gun.

The unidentified student was arrested Friday and charged with possessing a firearm at school and having stolen property.

Police say the gun fired at a bus stop was fired by 18-year-old Wanye Evan Brown. He was arrested Friday and charged with several weapons-related offenses, disturbing the peace, and having a weapon on school property.

Brown told police he fired a shot into the air at the bus stop, then put the gun in his backpack and boarded the school bus.

According to police, Brown says he handed the gun to a 16-year-old girl at school. He says he told her to give it to another student.

Police recovered the gun from the girl when they interviewed her at her home about a mile from the campus.