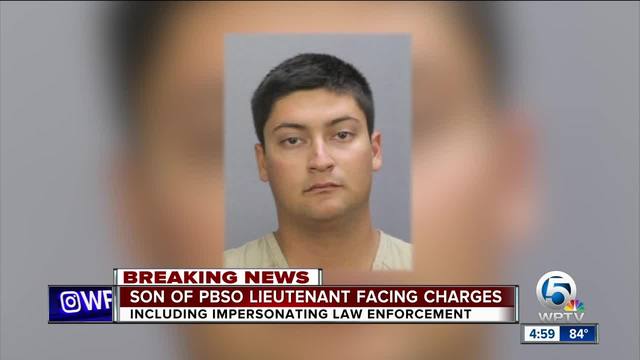 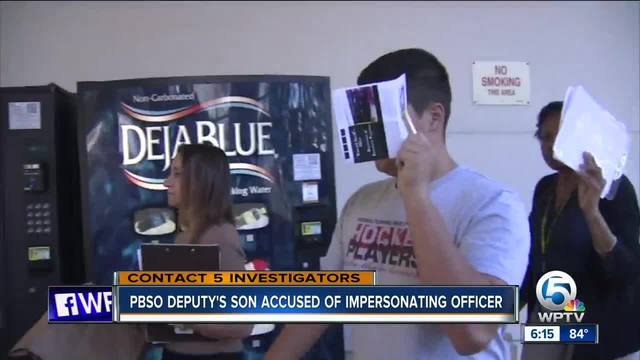 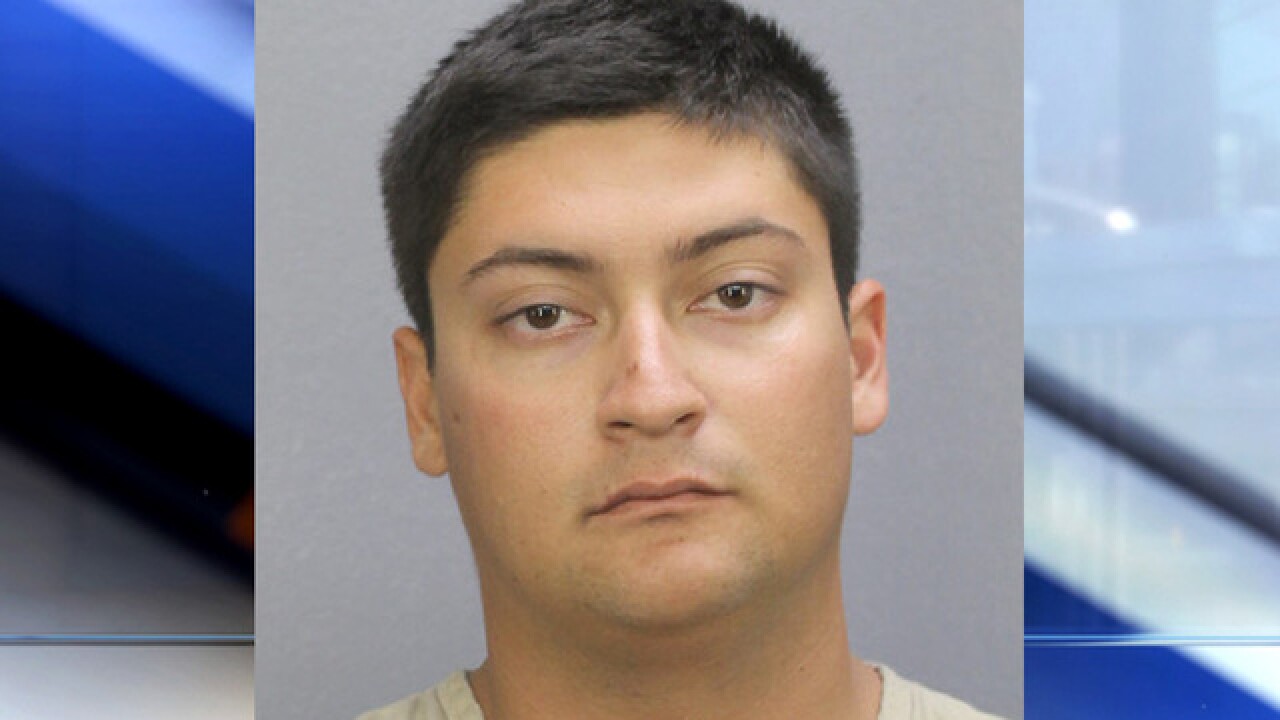 The son of a Palm Beach County Sheriff's Office deputy is charged with impersonating a law enforcement officer, and robbery with a weapon, after Broward County deputies says he performed a traffic stop on his ex-girlfriend while driving his dad's unmarked patrol car.

Christopher Combs also works for PBSO as a cadet. He's been with the agency since August 2016, but is not a sworn law enforcement officer.

His father is Lieutenant David Combs, who has been with PBSO since 1989. According to Combs' arrest report, his father was out of town but told investigators he knew his unmarked patrol car was "in possession of his son Christopher who had parked it at a friend's house. Lt. Combs advised investigators that he spoke to his son Christopher confirming the vehicle had not moved all day."

But according to deputies, Combs had been driving the car around 1 a.m. Saturday when he activated its emergency red and blue lights and conducted a traffic stop on his ex-girlfriend who was driving with a friend. Her friend was ordered out of his car by Combs, via the PA intercom.

The victim complied with the demands, which "included to walk back towards the unmarked police vehicle with his hands up, to lay on the ground, and to empty out his pockets and place the contents on the ground." The victim says he could hear Combs laughing.

According to the arrest report, at one point, "a passenger of the unmarked police car exited the vehicle, placing what appeared to be a metal object to the back of the victim's head, before stealing his property."

22-year-old Christopher Combs is charged with impersonating a law enforcement officer, robbery with a weapon, and two counts of false imprisonment. An arrest report says Combs was arrested on active felony warrants.

Combs is currently out of jail on $120,000 bond. Combs will now be on house arrest, until further notice, with GPS monitoring. A Broward County judge told him during a court appearance that, "you are not allowed to go anywhere, do anything whatsoever."

Combs had to surrender his passport.

During a phone call  between Combs and his ex-girlfriend, Broward County deputies say he admitted to being with his friends, but in their friend's pickup truck. Combs told deputies it was then he saw the victim's truck and knew his ex-girlfriend was with the victim. Combs told deputies "he became upset and that was why he started messing with them." Deputies say Combs admitted he was in possession of his father's unmarked PBSO vehicle, but denied using it, saying it had been parked at a friend's all day.

Broward County deputies say when they tracked down the patrol car, it was warm to the touch, as if it had just been driven.

A Palm Beach County Sheriff's Office spokesperson says "PBSO is aware of the incident and an internal investigation is underway," to determine if Lt. Combs will face any discipline.