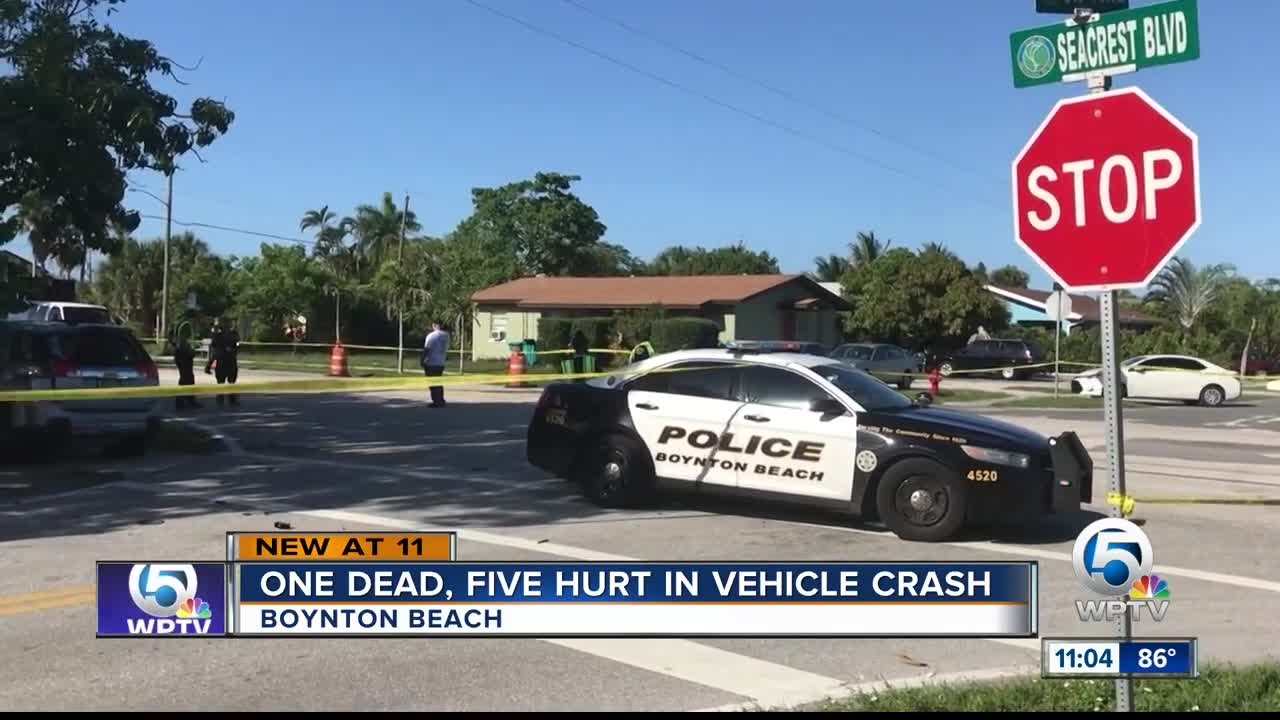 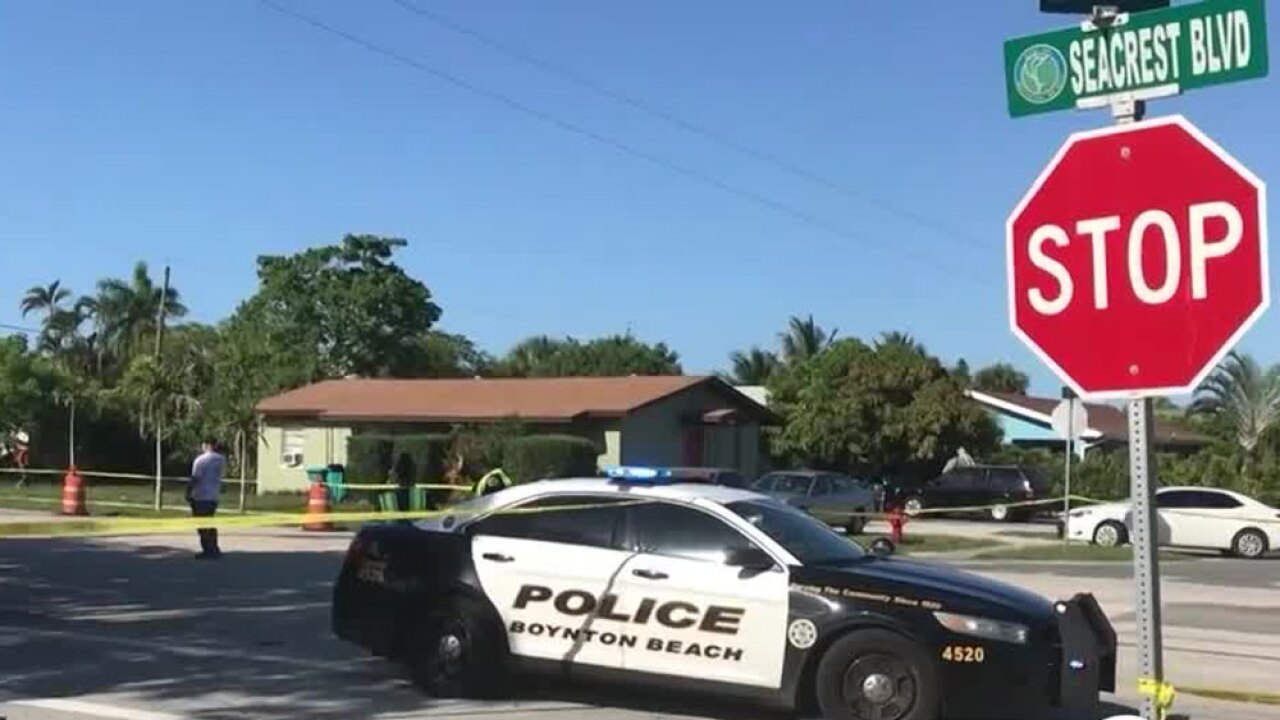 About 4:45 p.m., a red 2010 Honda Civic failed to stop at a stop sign at Southeast Fourth Avenue and collided with a 2015 silver GMC Acadia traveling north on South Seacrest Boulevard, police said.

The Civic then hit a concrete wall and the front-seat passenger, identified as 37-year-old Robin Kirsch, was taken to a hospital where she died, police said.

The collision caused the GMC to flip on its side, according to police, who said the driver was not hurt but a child in the SUV and the driver and three children in the Civic were injured.

Police are continuing to investigate the crash and ask witnesses to call traffic homicide investigator Dennis Castro at 561-742-6147.