Driver, passenger arrested after doing 'doughnuts' on I-95 in Boynton Beach 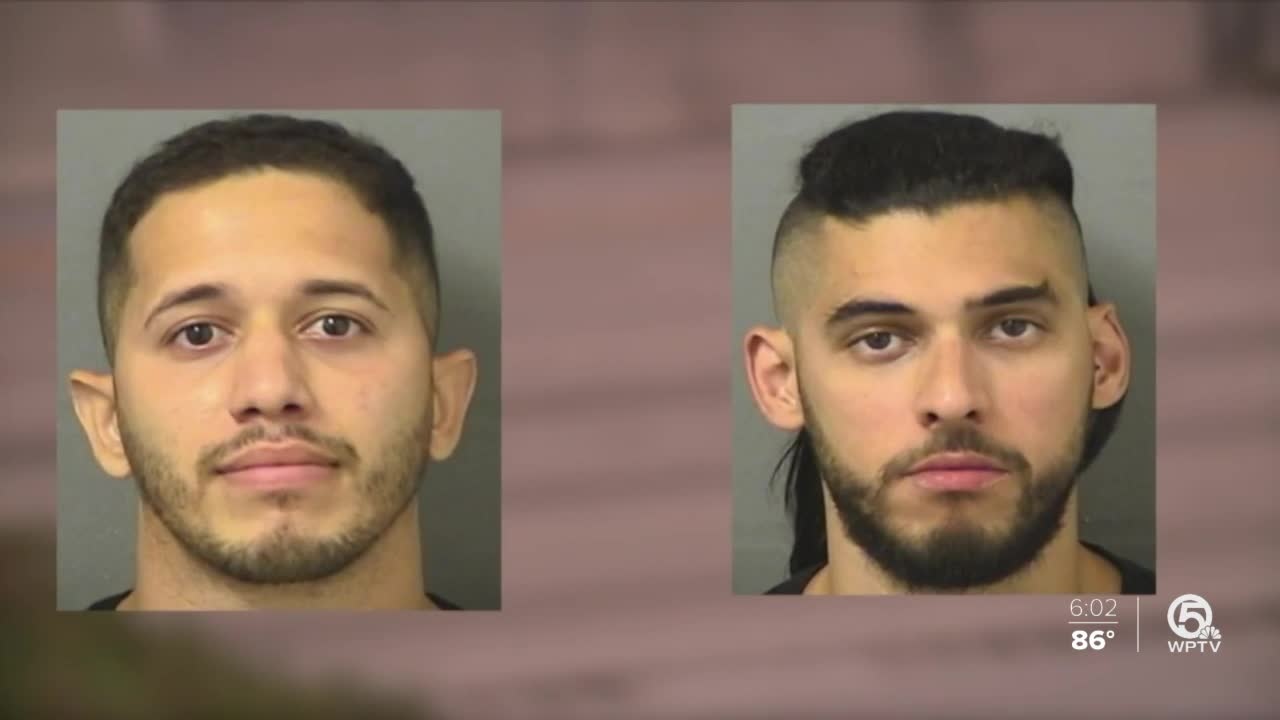 A South Florida driver and his passenger were arrested last weekend after they were part of a group of motorists doing "doughnuts" and disrupting traffic on Interstate 95 in Boynton Beach, according to the Florida Highway Patrol. 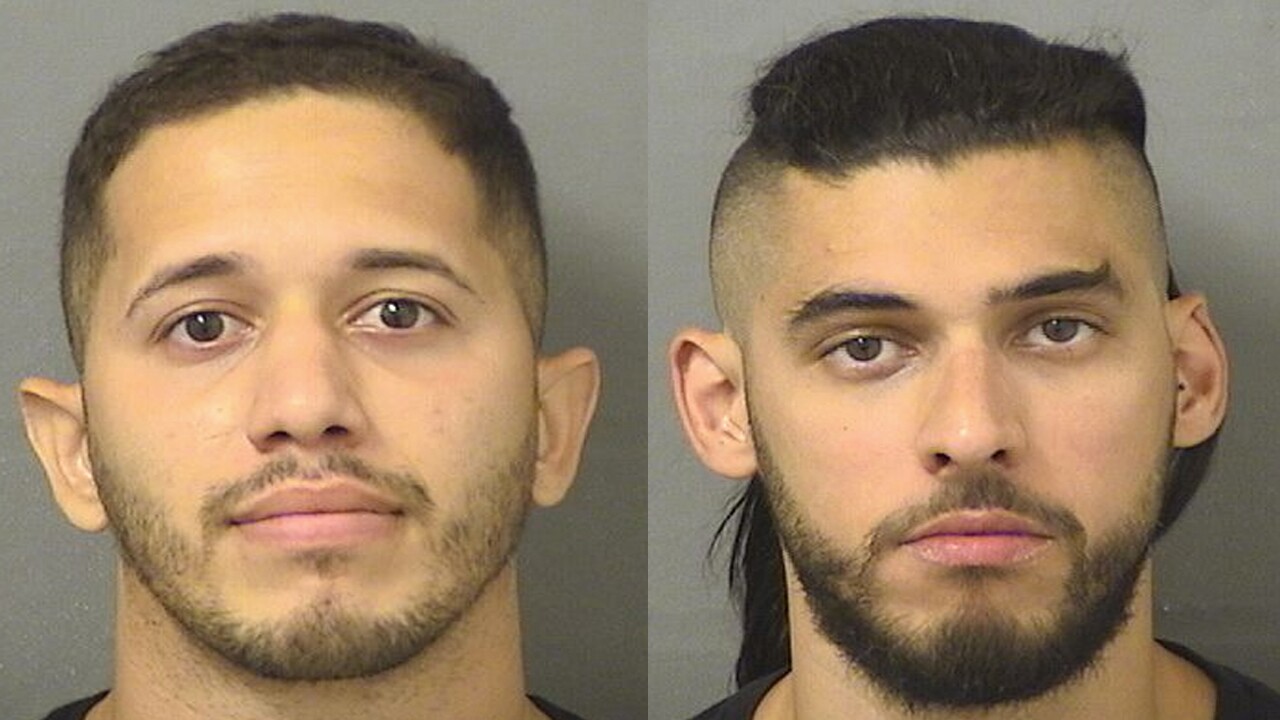 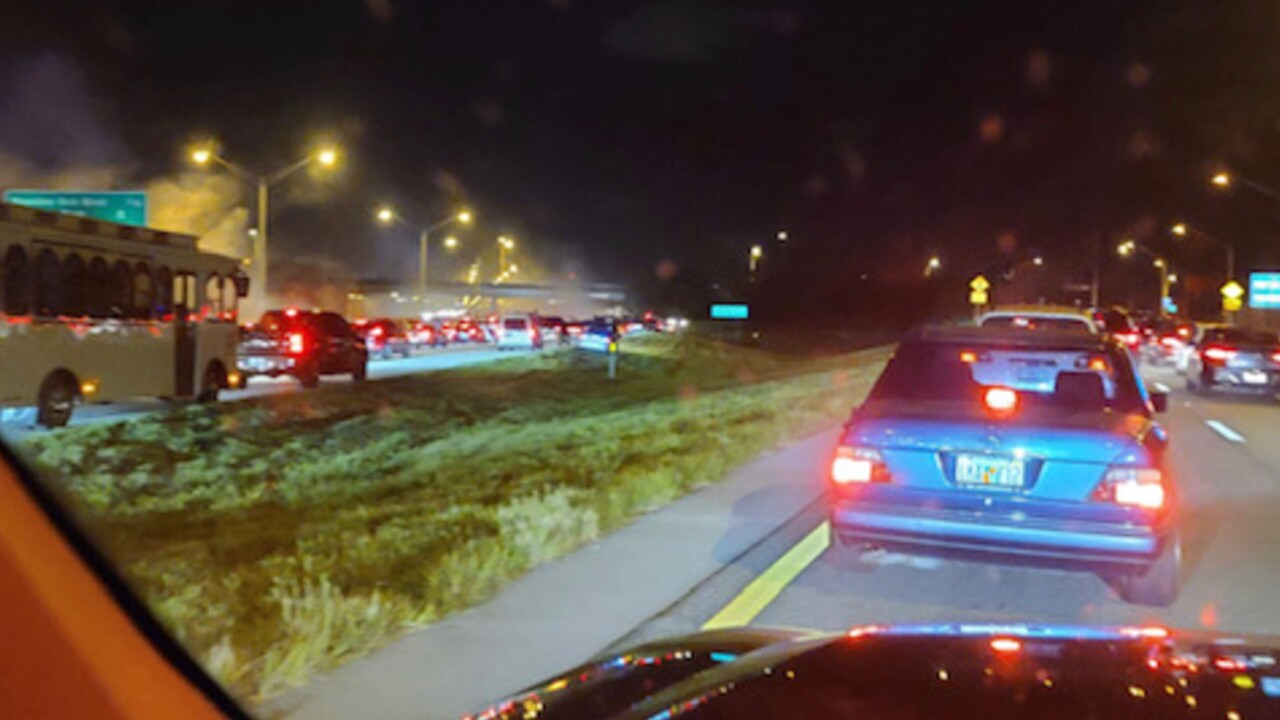 BOYNTON BEACH, Fla. — A South Florida driver and his passenger were arrested last weekend after they were part of a group of motorists doing "doughnuts" and disrupting traffic on Interstate 95 in Boynton Beach, according to the Florida Highway Patrol.

According to FHP arrest reports, troopers received reports of multiple vehicles driving recklessly and stopping traffic on I-95, just south of the Boynton Beach Boulevard exit, shortly before midnight Friday.

When troopers arrived, they saw two Boynton Beach police officers and a red Ford Mustang stopped on the shoulder.

A Boynton Beach police officer told troopers that the Mustang had been "performing doughnut contest movements" that blocked traffic in the northbound lanes of I-95.

Cellphone video obtained by the Palm Beach Post shows a large crowd gathering on the highway while a car and pickup truck are spinning in circles.

A photo from a WPTV viewer showed a major traffic backup on I-95, along with smoke in the distance from the car and truck's tires as they burned rubber while spinning out.

White was heading home from Miami about midnight Friday when he saw a line of red taillights blocked and stopped near Woolbright Road.

"As I get up on that curve, I see a bunch of white smoke and think, 'Oh boy, there's a wreck,'" White said.

White called police, and as troopers arrived, he said, the group sped off.

"These vehicles are conducting doughnuts with pedestrians on the highway that nearly got hit for recording these same vehicles that are breaking the law," FHP Lt. Yanko Reyes said. "It could have caused major collisions that could have been fatal."

Almeida faces charges of reckless driving, stopping traffic for a race competition and driving a motor vehicle while racing on a highway, parking lot or roadway.

Lopes de Almeida faces a charge of riding as a passenger in a race competition.