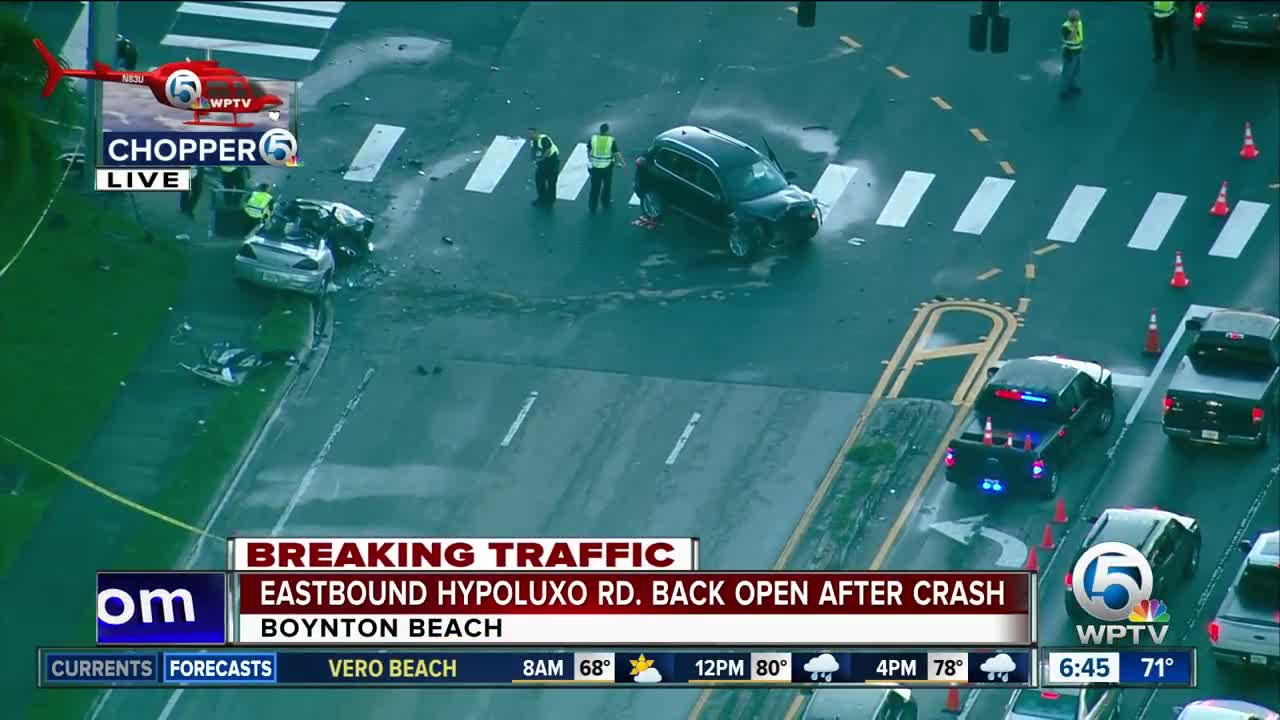 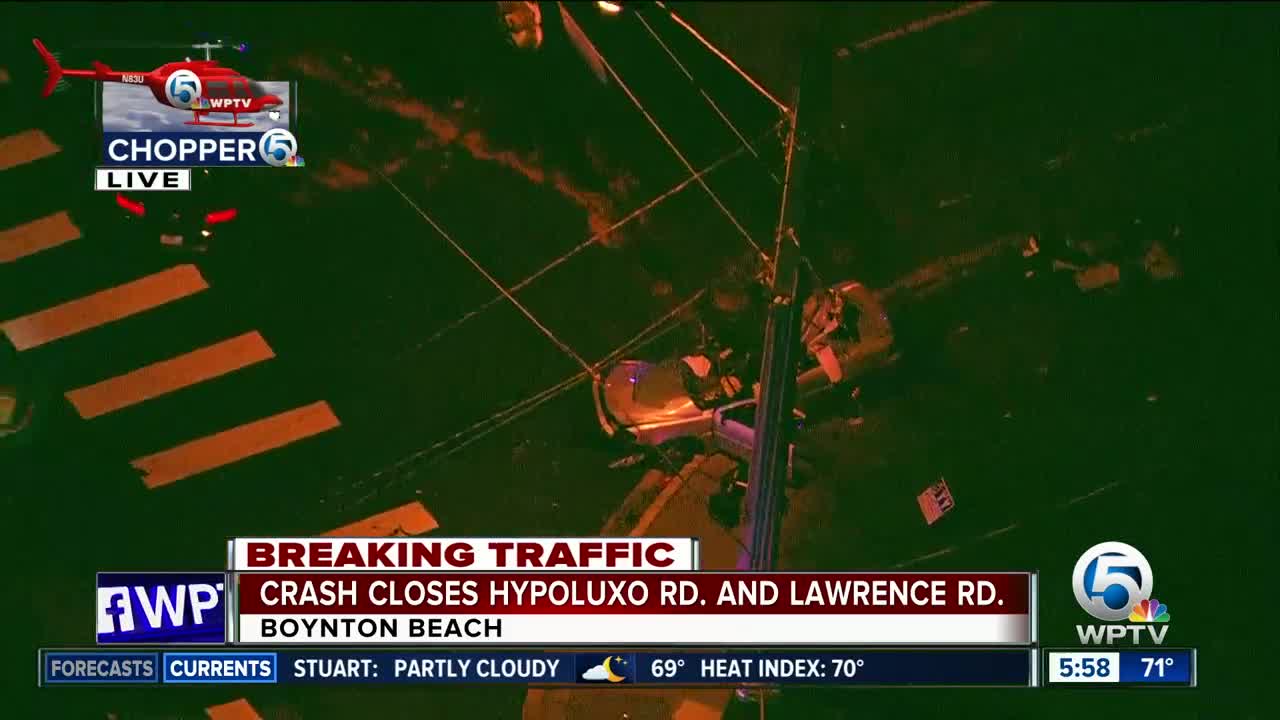 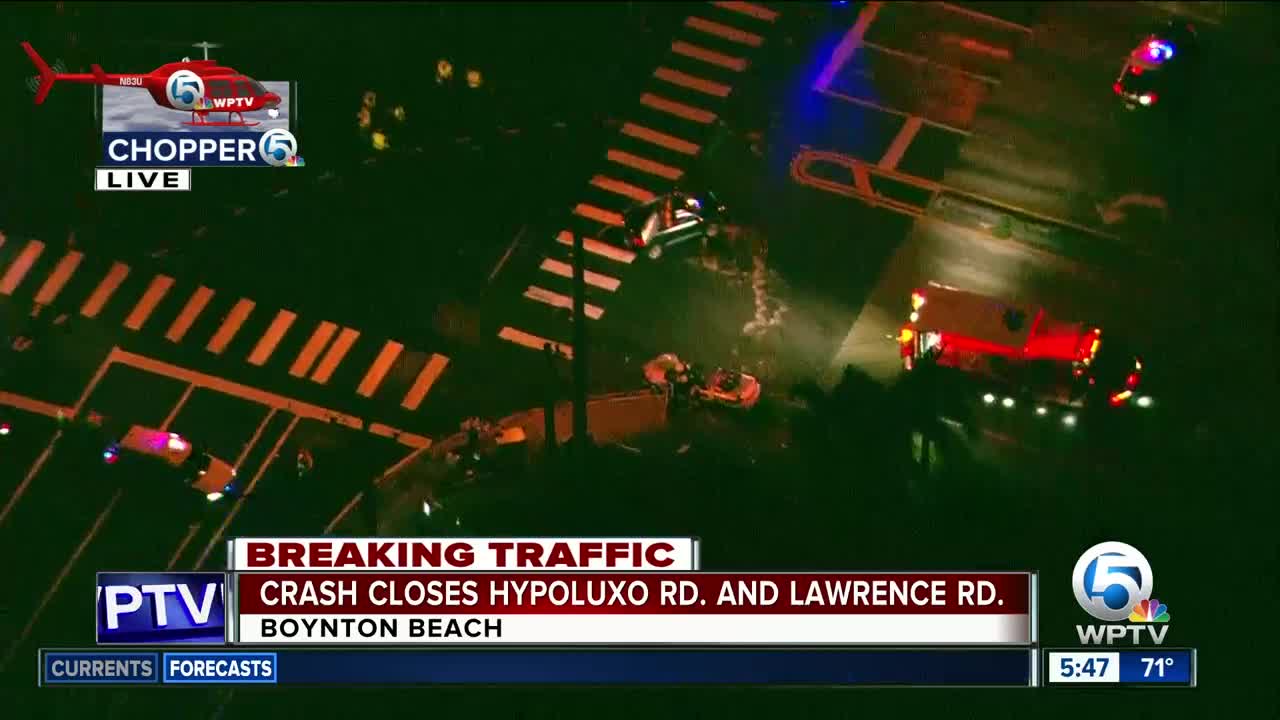 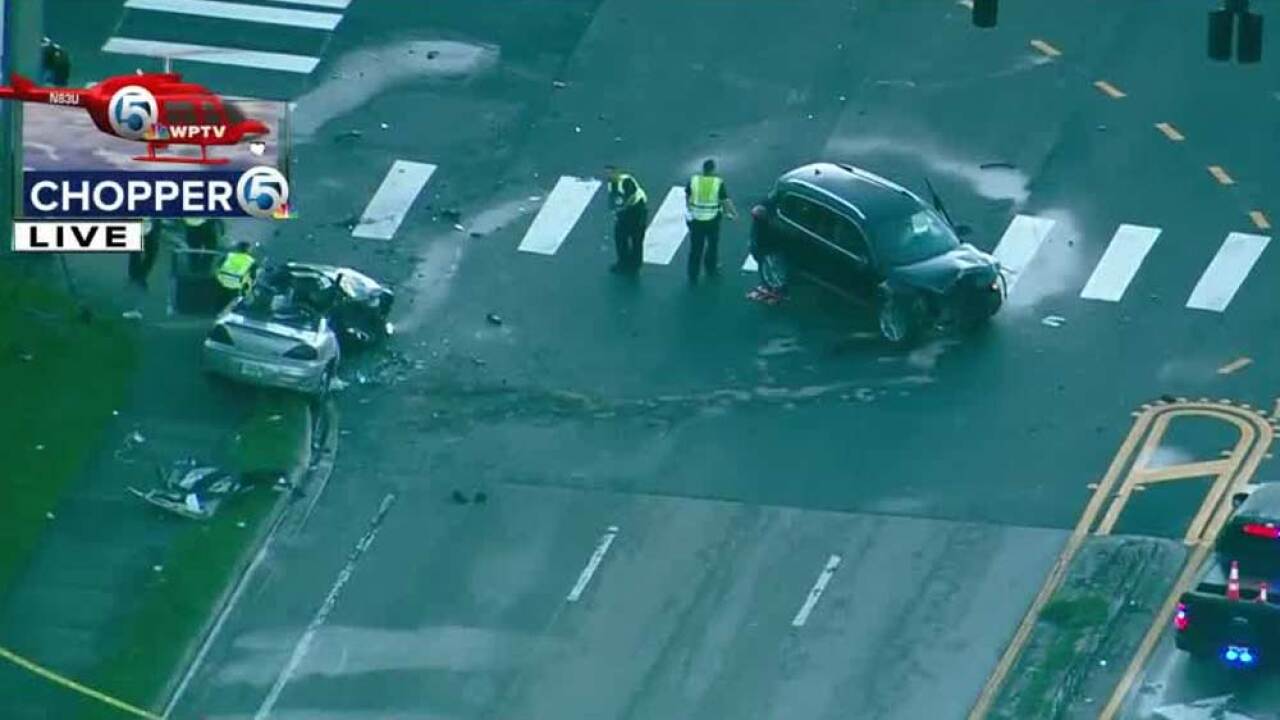 The two-vehicle wreck involving a silver car and a black sport-utility vehicle happened around 4:45 a.m.

The car attempted to make a left turn onto Lawrence Road, but was hit by the SUV.

The silver car was "pretty much destroyed," said McNevin.

A passenger in the silver car had to be extracted and was taken to Delray Medical Center by medical helicopter with serious injuries.

Both drivers were taken to JFK Medical Center with minor injuries.

Parents and students going to Freedom Shores Elementary should approach from the east -- drive to Congress Avenue and then west on Hypoluxo Road.

Eastbound Hypoluxo Road is now open after an earlier closure. Westbound lanes remain closed. Drivers cannot make a left onto Lawrence Road from Hypoluxo Road. Anyone coming northbound on Lawrence will have to turn right at Hypoluxo Road.

The crash is being investigated.

Latest from @BBPD - Black car was westbound, silver was eastbound and made a left when crash happened. Passenger of silver car extracted with jaws of life and airlifted to Delray Medical Center. Driver of silver car, driver of black car taken to JFK with minor injuries @WPTV pic.twitter.com/57K3XlPyI0

🚨🚨🚨 #TrafficAlert 🚨 🚨🚨 All lanes of travel shut down at Hypoluxo & Lawrence roads due to serious injury crash involving 2 cars. One person taken to hospital via trauma hawk. Drivers should seek an alt route for morning commute.