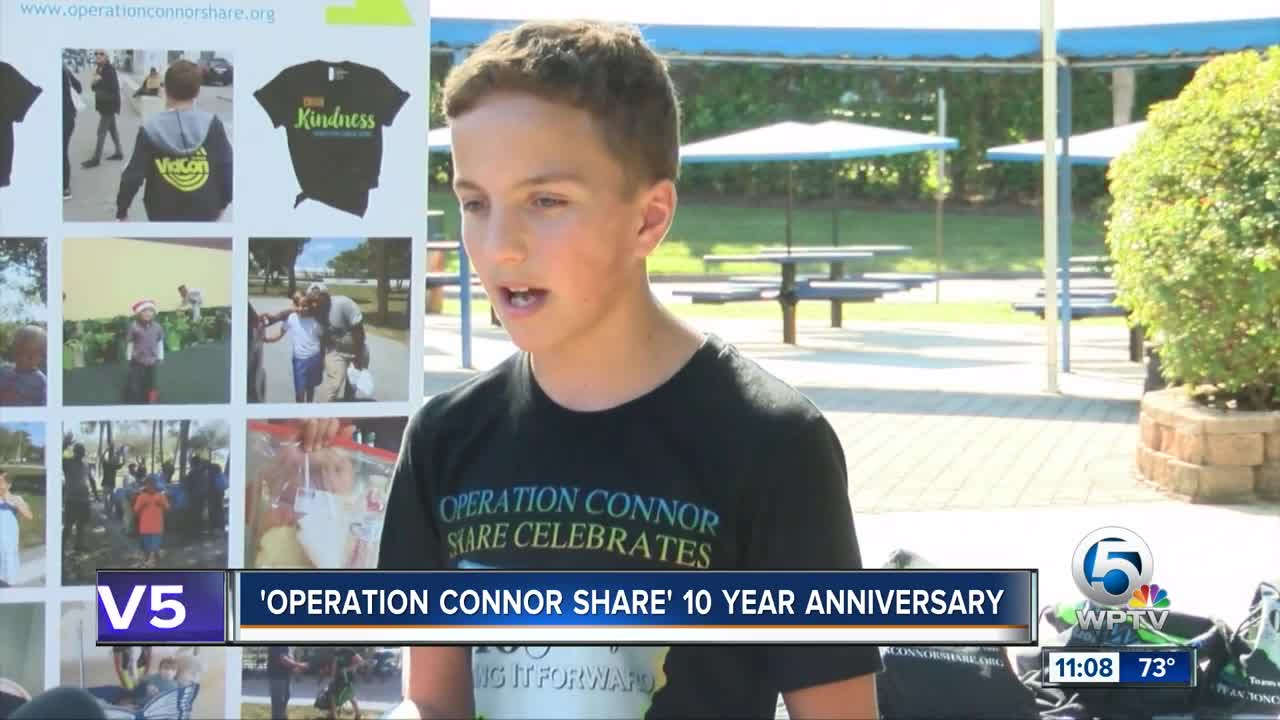 Operation Connor Share celebrated a 10-year anniversary in a mission to feed the homeless on Saturday.

Connor Brenna's charity began when he was 3 years old from his Boynton Beach home when he and his family cooked a Thanksgiving dinner for 10 homeless people.

It has grown to donations from all 50 states and thousands served.

On Saturday, volunteers gathered at his school, Lake Worth Christian, to put bags of donated food and supplies together to be taken to those in need from Miami to the Treasure Coast. Helping out were Girl Scout troops and Boynton Beach police officers.