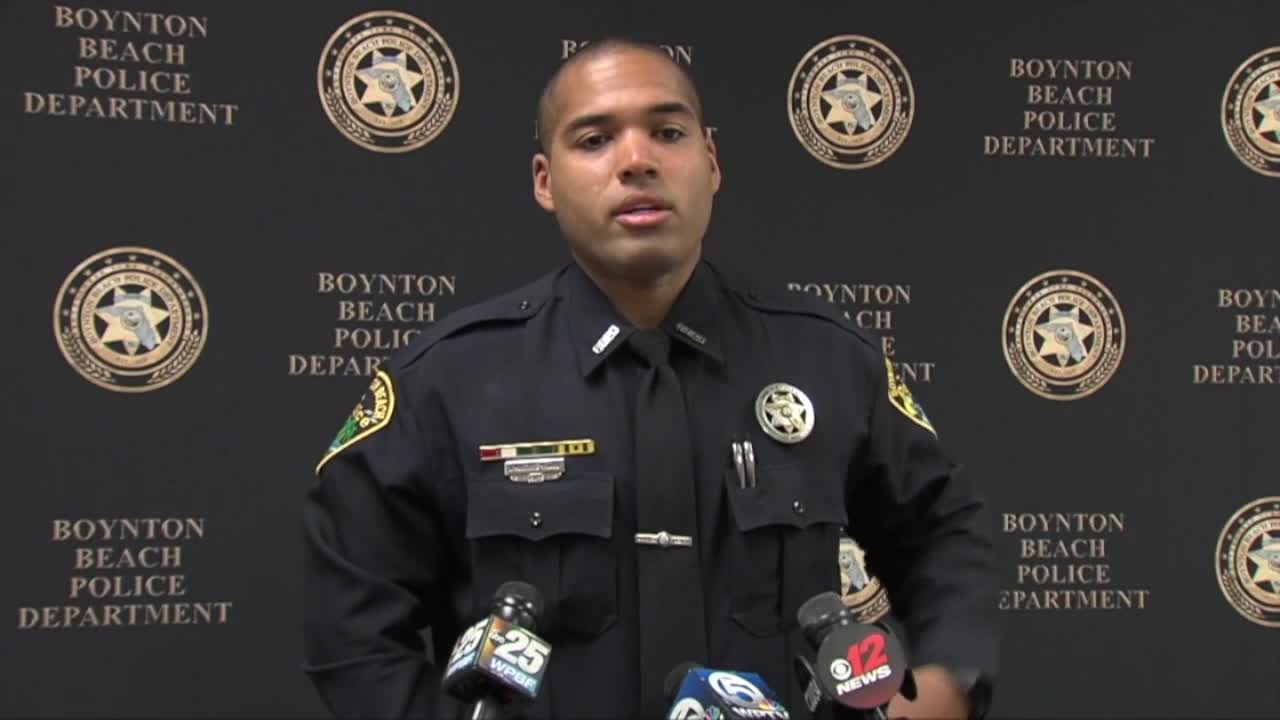 Police arrived before firefighters and within seconds broke down the front door.

Officer Montoute broke open the front door and ran inside where he found a woman unconscious on the couch.

Sgt. Jean put her over his shoulder and carried her outside to safety. Officer Montoute than raced up the stairs and rescued two young children, ages 5 and 6, and the woman who had been on the phone with 911.

"Once I opened the door I saw a lady and two kids at the window. She threw the kids at me and she got on my back and I ran out of the house," said Officer Daniel Montoute-Howard with Boynton Beach Police.

No one was hurt.