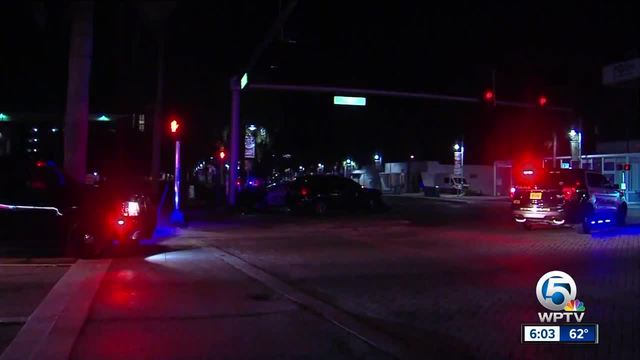 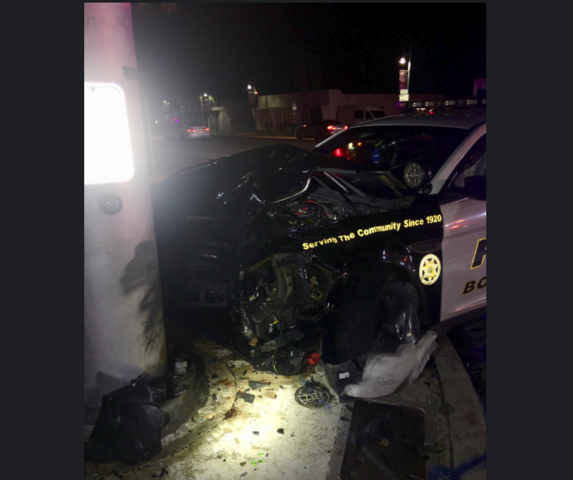 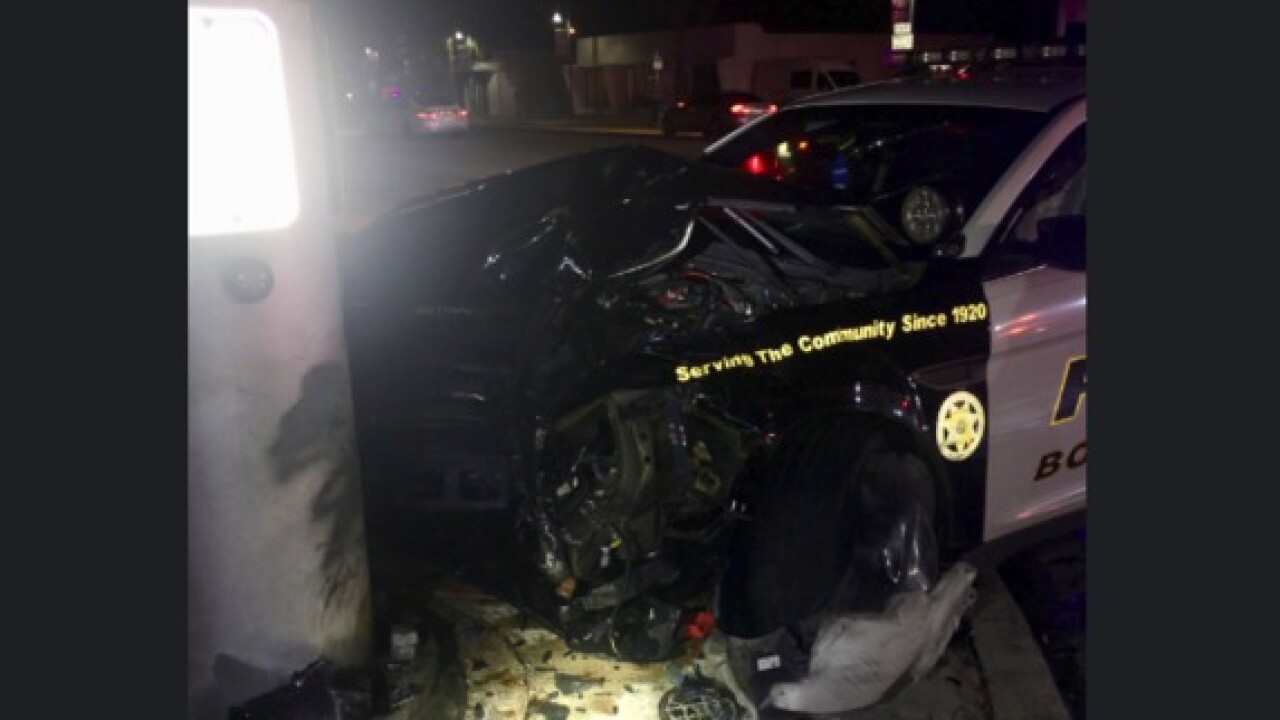 The crash happened at the intersection of Ocean Avenue and Federal Highway.

Police say the female officer was responding to a report of a suspicious incident involving a suspect armed with an AK-47. Investigators said witnesses told them that a black Chevy Equinox turned in front of the officer and struck the front driver's side. The officer swerved to the right in an attempt to avoid the collision and hit a traffic light post, police said.

Police cited the driver of the SUV.

The name of the officer has not been released.

The occupants of the Chevy Equinox were not injured.

An officer was injured in a traffic crash tonight at Ocean & Fed. The officer is in stable condition. The cause of the crash is under investigation. The occupants of the other car involved were not injured.
Ocean & Fed closed to traffic. Seek alt route. pic.twitter.com/zLy1G82JF6