Boynton Beach community convinced a large python is living there 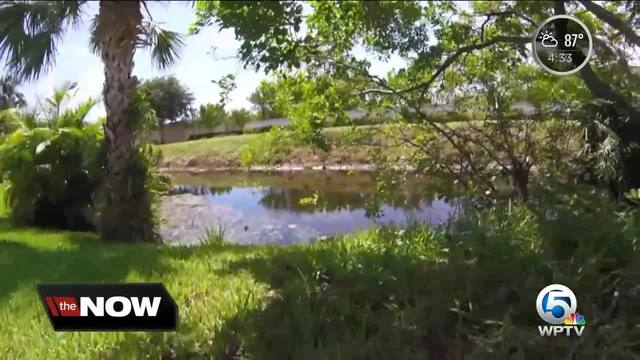 Golfview Harbour neighborhood is on the edge after reported python sightings 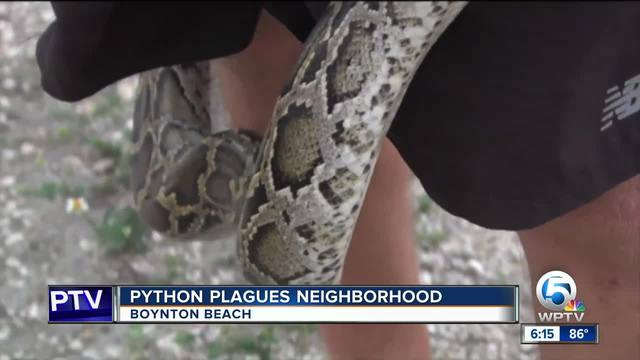 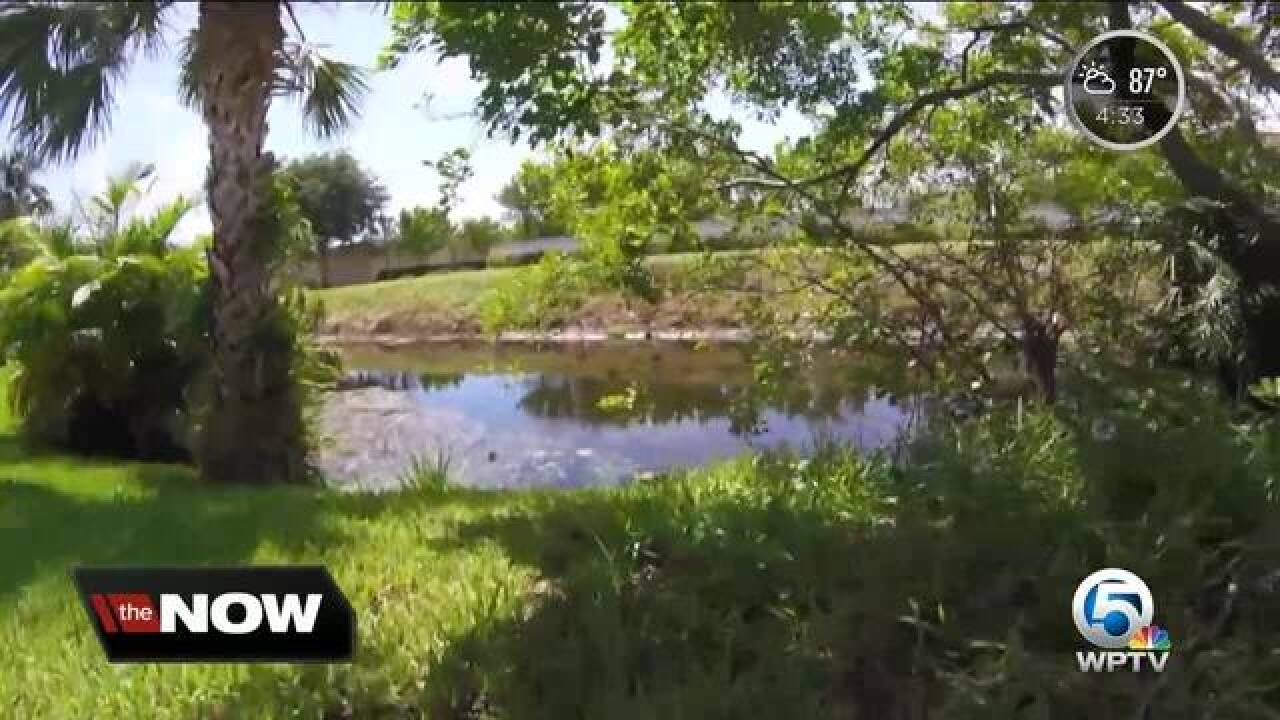 The fear is so real that neighbors in one Boynton Beach neighborhood won't let their kids play outside and won't go outside at night.

In about a month's time, neighbors say there have been four sightings of what they believe is a large python along the canal. But until someone gets a photo of it, Florida Fish and Wildlife Commission won't come out.

Talking to neighbors, WPTV NewsChannel 5 was told the snake was anywhere between 12 and 20 feet. There's no picture proof, but there also doesn't appear to be a lot of doubt in the Boynton Beach neighborhood. People who live in Golfview Harbour in Boynton Beach said a landscaper spotted it twice, so did a man who lives there, and a housekeeper.

"Everyone believes it," said Terry Aperavich, a resident. "The cleaning lady saw it in the canal, while in the backyard. She immediately went inside, quiet, and said she's not coming back until the snake is caught."

Trappers said it wouldn't be unheard of.

"They are in residential areas. They are very elusive," said Jeff Abbey with JDA trappers. "Normally pretty big. Can get up to 12, 14 feet long. Hopefully not the size of this one.

"There's been a lot of wildlife missing from this end, so I'm, assuming, I have to assume it's because of the python," said Linda Williams, a resident.

The fear is so real that neighbors are going door to door to warn each other, handing out flyers.

"We are definitely on high alert," said Amanda Spore, a neighbor. "We don't go to the park anymore. We are scared."

Word on the street, or canal, in this case, is that Dusty "Wildman" Crum, a snake trapper, may be out here to hunt it.  He confirmed he would if there is another sighting.

"I'd love to get Wildman or a tame man," said

Whatever you believe, it's impossible to not feel a bit on edge in the community. Despite that fact, some neighbors, said they continue to check the canal. All in hopes of catching a picture to send to FWC.