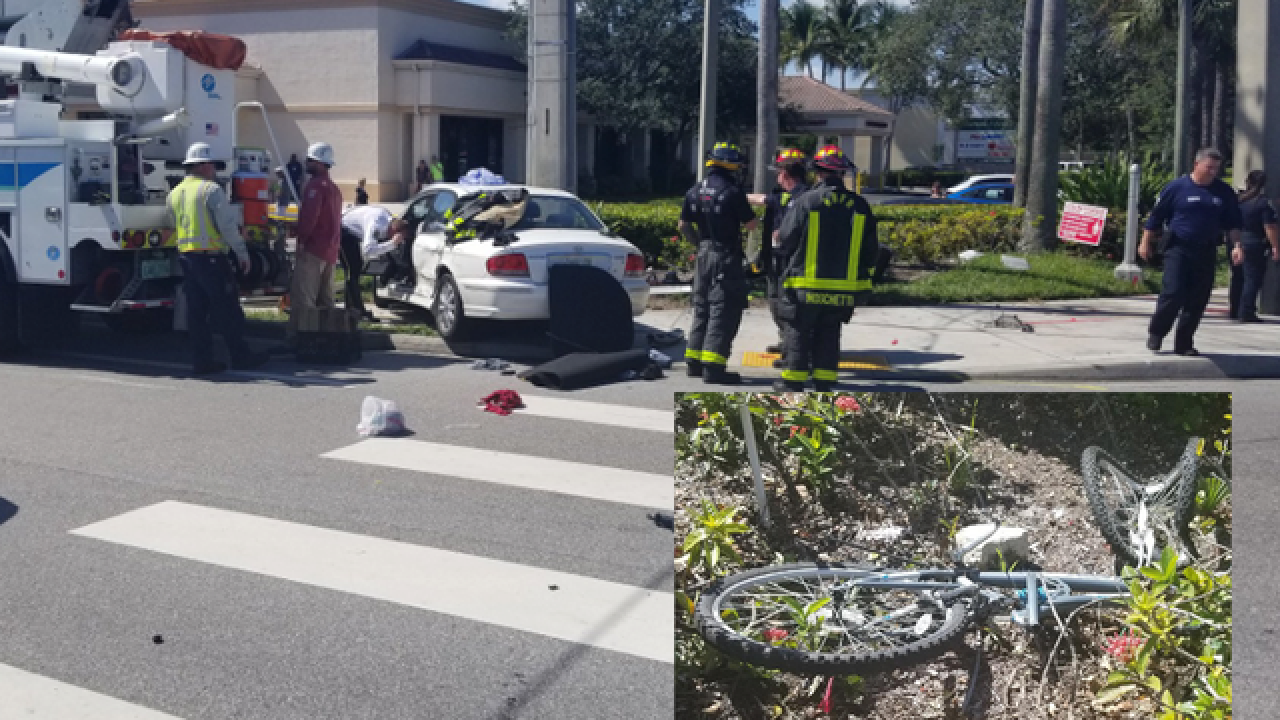 &lt;p&gt;Two cars collided and then one struck a bicyclist in Boynton Beach Tuesday, police said.&lt;/p&gt;

Two cars collided and then one of the vehicles struck a bicyclist in Boynton Beach Tuesday, police said.

It happened at the intersection of Congress Avenue and Old Boynton Road.

A Hyundai Sonata heading south on Congress struck a northbound Chevy Equinox that was trying to make a left turn on Old Boynton Road, according to police.

The Sonata then hit the bicyclist waiting to cross the intersection, and eventually struck a concrete pole and caused a back seat passenger to be ejected, police said.

The bike rider, ejected passenger and a passenger who became trapped in the Hyundai's front seat were all taken to Delray Medical Center and were last listed in stable condition, police said. The Sonata's driver was taken to Bethesda Hospital.

The driver of the Chevy and a passenger were treated at the scene for minor injuries.

The intersection was closed for a time but has since reopened.