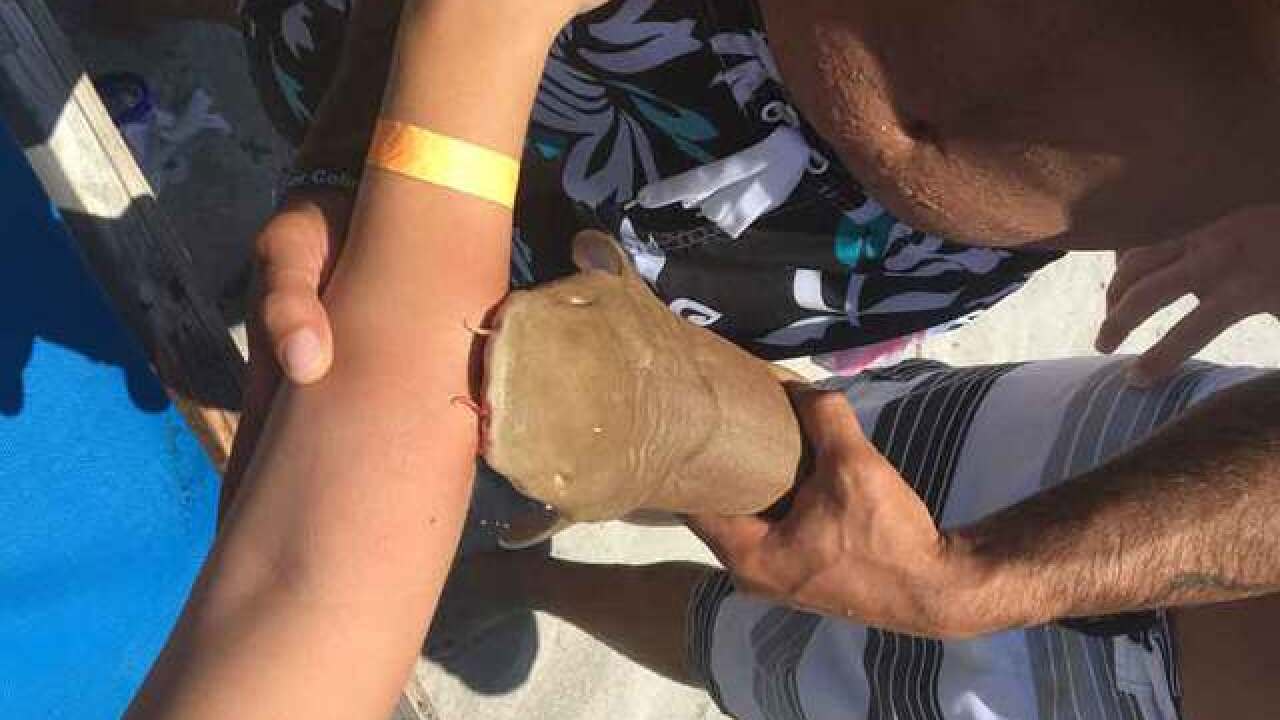 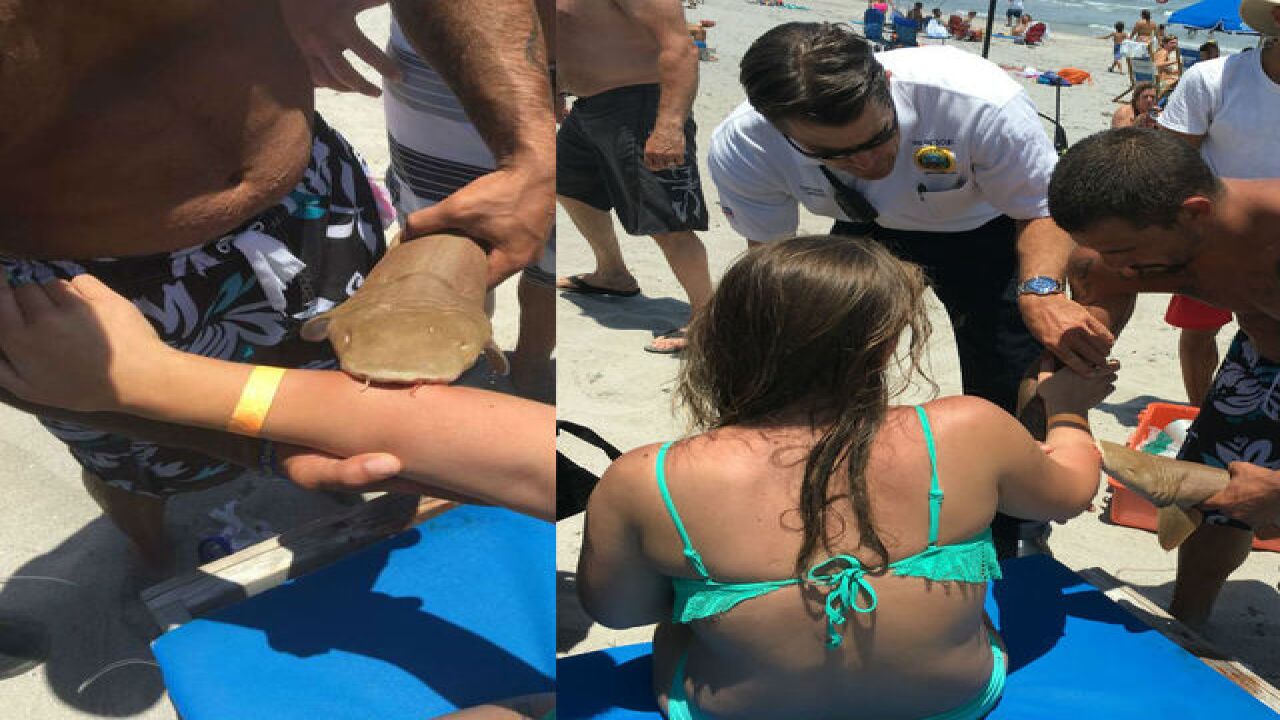 A 23-year-old woman was bitten on the arm by a small nurse shark Sunday afternoon at a Boca Raton beach, according to Boca Raton Fire Rescue.

The incident happened around 1:20 p.m. at  Lifeguard Tower 8 at 1400 N. Ocean Blvd. Crews arrived at the scene and found the 2-foot shark attached to the woman's right forearm.

Officials say the shark had been killed prior to the fire department's arrival.

A bystander provided photos to fire-rescue.

The patient was transported to Boca Regional Hospital with the shark still attached. She is listed in stable condition.

It was an alarming sight near Red Reef Park in Boca Raton, and Marta Castaneda saw it all unfold. A woman emerged from the ocean with a 2-foot nurse shark attached to her arm.

"Very scary because we have family," says Castaneda.

Lifeguard Mike Glusac was first on scene. It is unclear why the shark latched on.

Shark expert and conservationist Jim Abernethy says nurse shark bites happen several times a year. He says most of the time they are provoked.

"I would say close to 100 percent of the so-called attacks are actually the case where someone is messing with the shark because it's so docile," says Abernethy.

He says nurse sharks are common in South Florida and can sometimes be 14 feet in length.

Witness gave me another picture of shark @WPTV @Fox29WFLX pic.twitter.com/3tIMNtp7UF