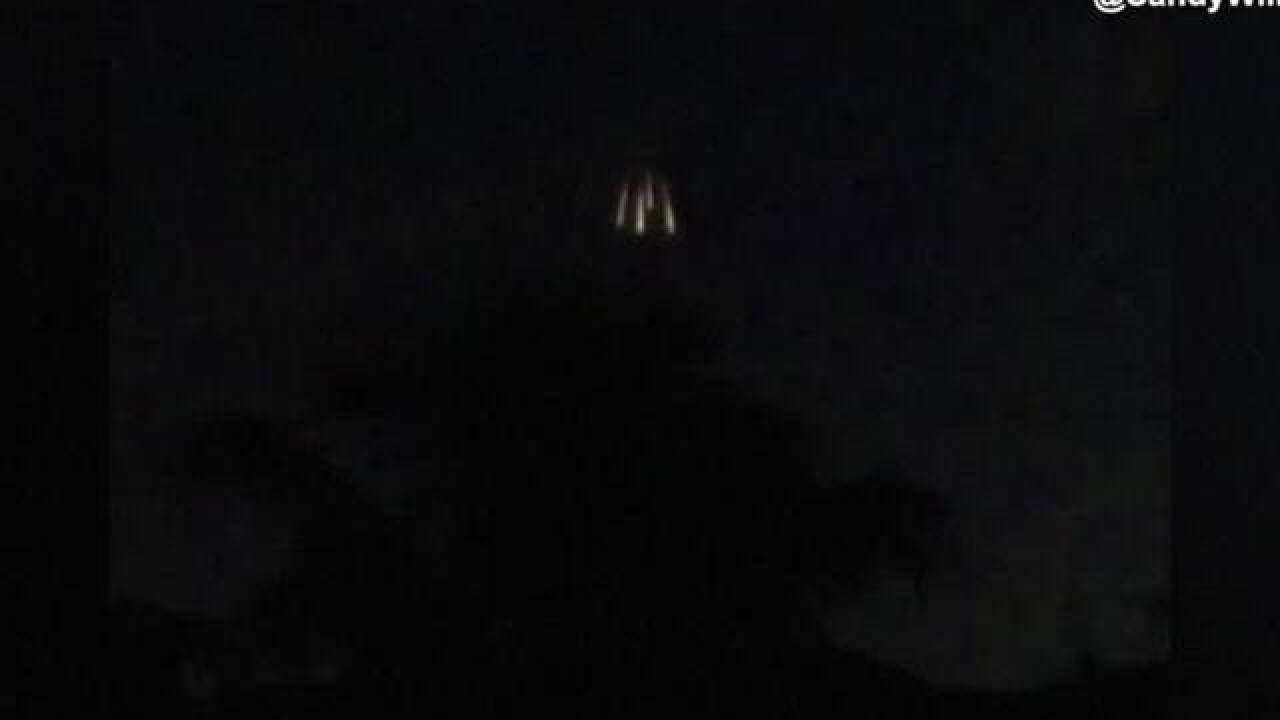 WPTV viewers are calling our newsroom tonight to report strange lights in the sky over Boca Raton.

"The light traveled downwards toward the horizon and exploded into multiple pieces," said a witness.

Several people described the appearance of the lights and believed they were seeing a UFO.

According to Boca Raton police, the lights are coming from the FAU Stadium, as they prepare for Saturday's  football game.

Police said parachuters are practicing drops from the air and using flares.

@SunSentinel @WPBF25News this was seen in the sky just after 6 pm tonight in Boca. Multiple eyewitnesses, ?? or ? or what?? pic.twitter.com/qRXBW3jP1d