In front of Luke Sherlock’s Boca Raton home, a memorial stone for his niece, Gina Rose Montalto, and signs of support for her high school, Marjory Stoneman Douglas. 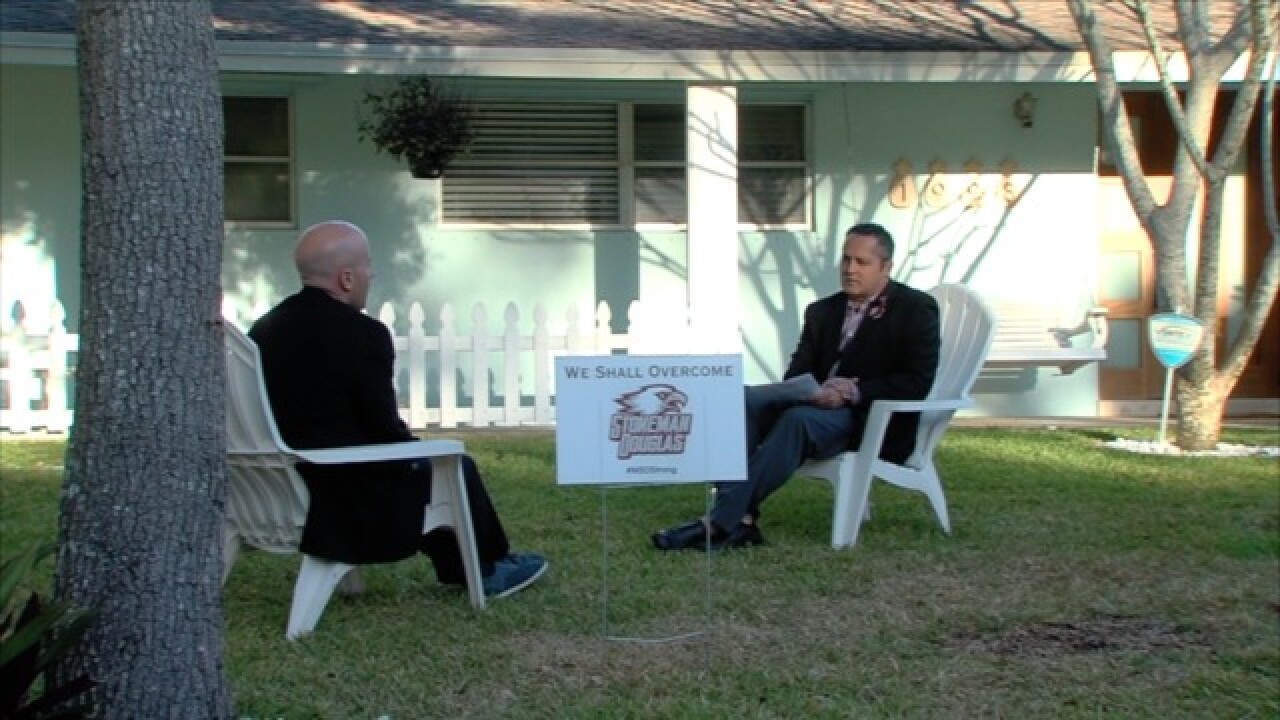 In front of Luke Sherlock’s Boca Raton home, a memorial stone for his niece, Gina Rose Montalto, and signs of support for her high school, Marjory Stoneman Douglas.

Gina was one of 17 people murdered during the Valentine’s Day massacre in Parkland. She was a freshman.

“Gov. (Rick) Scott came to Gina’s funeral and spoke with the family before the mass ceremony. He was very sincere about getting some things done to make our schools safer,” Luke said in an interview.

The one major piece of legislation missing from the $400 million gun control and school safety bill, he said, is putting assault style weapons in the same category as silencers and sawed off shotguns, which are not legal to purchase.

“Some guns are simply too dangerous to be in the public’s hands,” he said.

He’s leery, as is Scott, of arming school personnel, which this bill would allow.

“This bill does a lot of good things and if we have to live with that provision, I would prefer to have that provision in the bill and take the rest of it,” he said.

He is behind raising the age to buy a gun to 21, a three-day waiting period, banning bump stocks, and giving authorities power to take guns away from people who may be a threat. All those items are in the bill.

“Right now, there’s a good bill out there. That’s a great start to common sense gun control in this country and I ask that Gov. Scott sign,” he said.

Scott will meet with parents Friday before deciding whether or not to sign the gun and school safety measure.

Luke and some parents are working with Boca Middle School on creating a community watch-type program for parents to help patrol campus with school resource officers.

The parents wouldn’t be armed, but provide and extra set of eyes to help the school resource officers look out for potential threats.